Garden war is on


Here we have a war going on between the Dominican Republic and the UK. It is the war of the garden.
Hector, you remember him, decided to show me how gardening should be done as apparently I don’t do it properly. I clear the land of stones, dig the ground, make nice long straight rows, read the seed packet, plant to the right depth, weed the surrounding area and nurture and care for the plants.


He says you don’t do it like that. You throw the seed on the ground and it grows. So the gloves are off and we are about to see which system works best. Oh and he says Dominican seeds are much better than the seeds I use which have been brought from the UK, Canada and the USA.

Round one involves corn. Here is his corn. 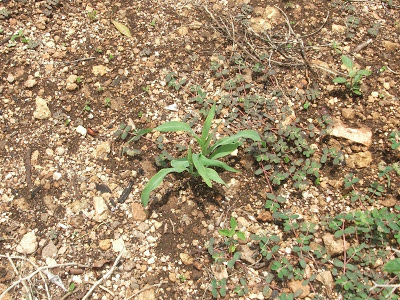 Planted all over the garden in no particular order, although I must say he started two weeks after mine was planted and his is catching up.
Here is mine. 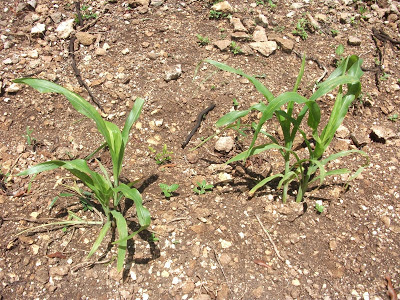 Next are peas. Here are his Dominican peas – again all over the place. They are the little pale green bullet like ones which are usually mixed with in rice to make moro de guandules. There is his yuca in the background which was up against my parsnips. I don't mention those as nothing happened. 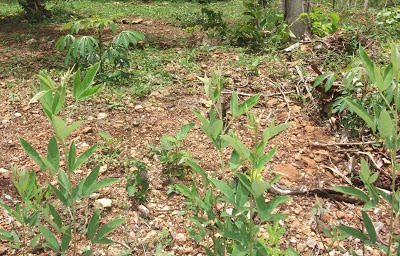 And here are my American peas which actually have pea pods on now. Nice juicy green sweet peas. 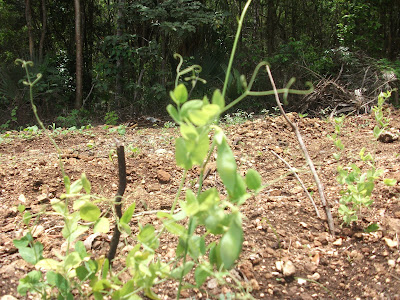 I did cheat a bit as I decided to weed and pulled up a few of his peas as they look like weeds to me. He replanted them and it doesn't seem to have done them any harm.

Most other things are doing well, such as the cherry tomatoes which we have been eating. 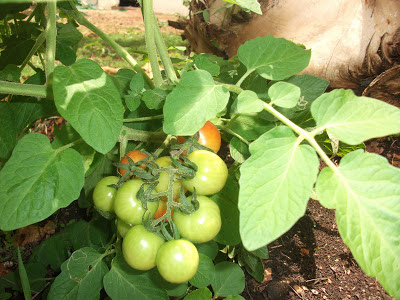 I am a little concerned about the cauliflowers, as although they are enormous. 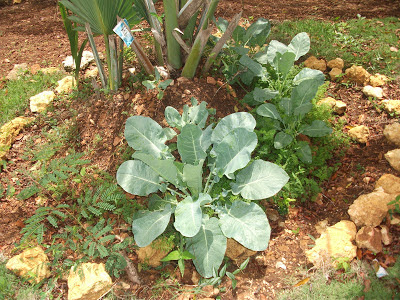 There appear to be no flowers at all, no white bits in the middle – so I just have the leaves. No idea where the flower bit has gone or if they will arrive eventually. 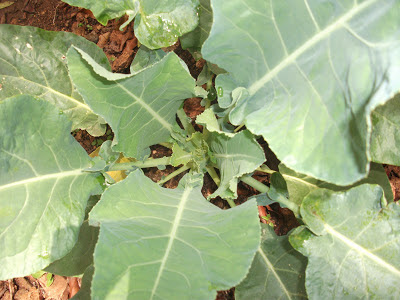 I think the leaves will be full of holes soon as the last week has seen the garden swarming with butterflies - I have never seen so many and they are absolutely everywhere and all having rampant sex. So no doubt millions of caterpillars will be munching their way through my cauliflowers soon.

On a very exciting note, we have just had a visit from the fish man. Not exactly the most handsome of chaps and no idea where the T shirt comes from. He has his chest freezer on the back of his bike and the scales hang of the handlebars. 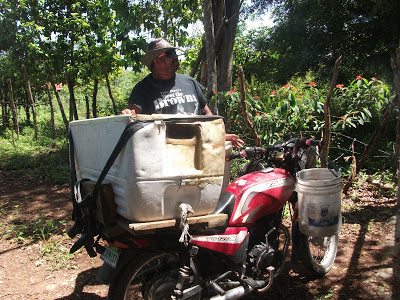 But the great news is that he brought prawns. I haven’t had a prawn in years. 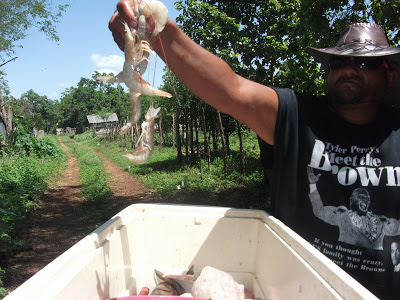 Major excitement in the house, so tonight we will have jambalaya and tomorrow Thai spicy prawn soup. I can't wait!