A day at the river and the reappearing cat


On Sunday off we went for a day at the river with Chivirico’s family and my stepsons. We were told to meet them at 8 am so it was an early start. The first place we stopped was the puncture repair shop, as usually happens when we go anywhere, we started off with a puncture. 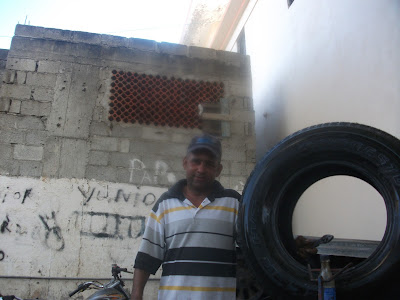 We met everyone, around 18 people, jammed in the back of an open truck and on a couple of motorbikes and off we set in convoy. After about 40 minutes, in the middle of nowhere, we stopped to pick up Chivirico’s grandfather, the plantain bananas and a sack of dead pig.

Off we set again, and the roads became worse and worse as we headed deeper into the countryside which was full of banana plantations, but everything was very dry, and Chivirico's grandfather explained to me that there was a terrible drought at the moment and the farmers were suffering. Instead of the countryside looking green, it was obvious how parched it was.

Eventually, after a couple of hours, we arrived at a glorious river, which reminded me of England and everyone set to work. 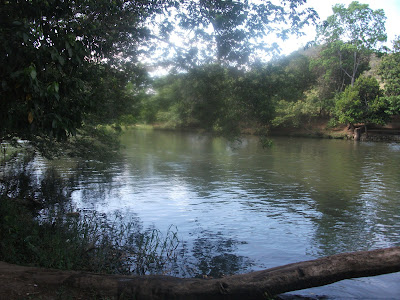 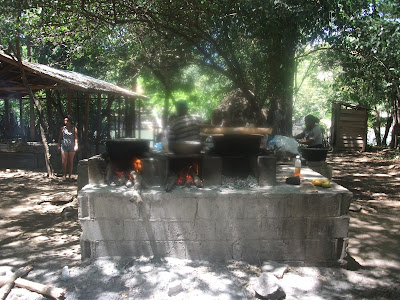 The meal was lovely, and there was plenty to go round as you can see! 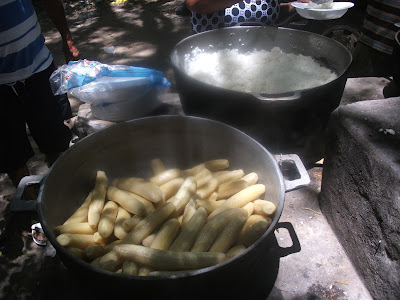 The children including Chivirico loved it. 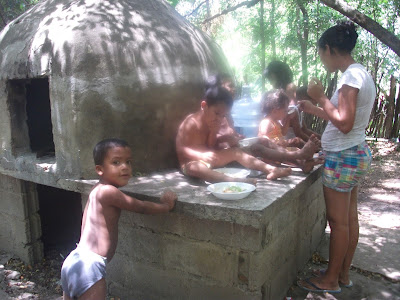 This was followed by everyone going for a swim in the river. I couldn't really understand the fascination with swimming in the river, until I remembered that I was the only one there with a shower in my house. Everyone else washes outside with buckets of water. 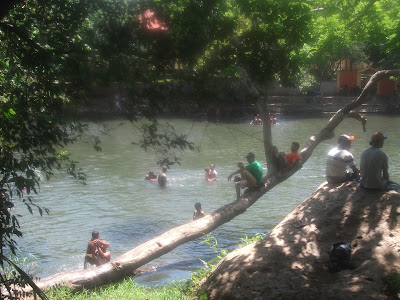 We said goodbye to Chivirico who was to start school the next day and eventually arrived home. I decided to check on a map to see where we had been. The river was actually about 20 minutes from our house. We had driven in one enormous circle!

The following morning, I got up as usual, let the dogs out, sat down to start work for the day at my computer and suddenly heard this dreadful howling and screaming. On investigation I discovered the little kitten who the mother took away a month ago, hiding behind the freezer. She had obviously decided to bring him back home during the night. I couldn't get near to him as he was totally wild. In the end, with the help of an oven glove he was deposited in the washing machine. 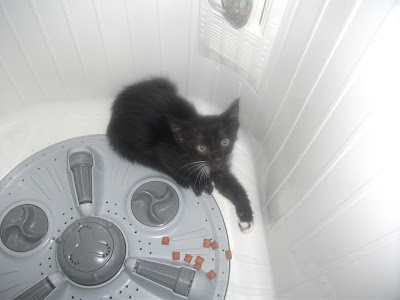 However, it was obvious he couldn't stay there long term, even though his mother was keeping guard, his sister, Mariposa wanted to murder him. 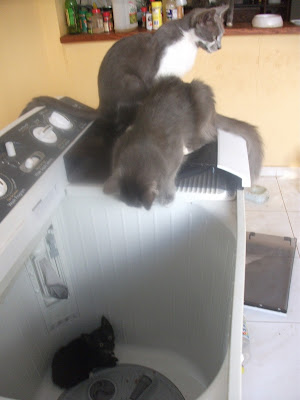 So Hector took him round to the neighbour who wanted to keep him, in a cat basket. I have been to check on him and he is still in the cat basket as she is afraid he will run off!

And finally, just thought you might like to see what we have to look at when we are eating dinner. 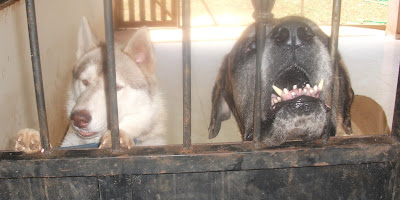 Silly Boy the mastiff might be blind but his sense of smell and hearing are excellent, so he appears when dinner is ready. And now he is always joined by Lobo, the husky. They stand at the gate waiting for scraps when we have finished eating.

Email ThisBlogThis!Share to TwitterShare to FacebookShare to Pinterest
Labels: campo life, Cats and dogs and other animals, chivirico, plantain