What happened to the sofa?


Danilo and I agree on most things, but one thing we disagree on is the dogs. Dominicans believe dogs are animals and live outside. I believe they are pets and live inside. In previous houses we have had a large covered area outside the house where they lived, but we don’t have that here and so two out of the three dogs are allowed inside.

This would normally not be a major issue as one of them, Meg sleeps on the floor usually close to me, but Belinda the Great Dane insists on lying on a sofa. The solution I thought was to buy her a dog bed or to cover the sofa with a throw so that she wouldn't mess up the sofa. Apparently not. 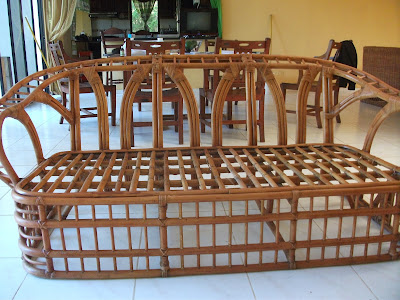 The Dominican solution is to take all of the cushions off the sofa so that she can’t lie on them. So we have nowhere to sit and nor do visitors when they arrive. 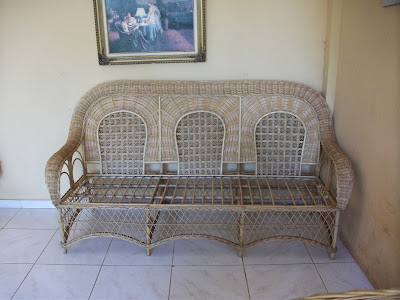 I then negotiated that I could put a throw on one of the sofas on top of its base – that was agreed and so Belinda is a happy bunny – but we are still not allowed to put the other cushions out in case she decides to move. 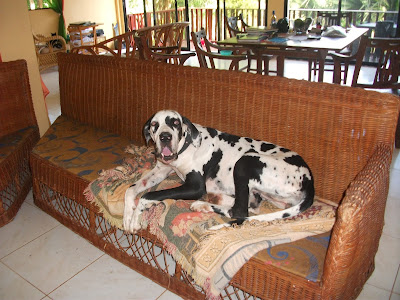 Sticking with animals, when I woke up the other morning one of the cats was playing with what I thought was a mouldy carrot. I left him to play. Later in the day, Danilo picked up the mouldy carrot and brought it over to me. 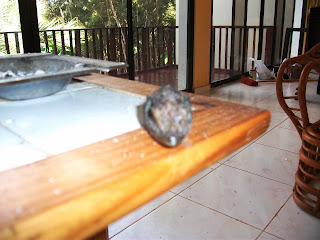 Apologies for the bad photo, but I was shaking! It was no mouldy carrot, it was a snakes head. The only concern now, is where is the rest of the snake?

The barbecue is more or less there, and the spit is now in place too. It is to be inaugurated on Tuesday which is my birthday. Should be fun. 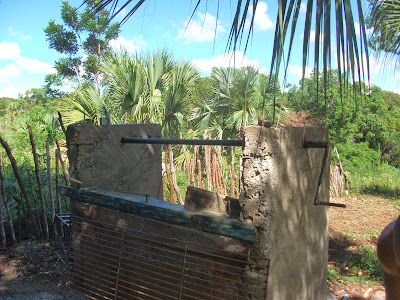 We are also working hard in the garden, weeding and replanting. Everything is growing much better now it is cooler. It would be easier, however, if I had the proper tools. I haven’t been able to find a garden spade, fork, hoe anything like that, so all work is done with a machete, pick axe, and planting done with the ever useful kitchen knife and a tablespoon.

One of the lovely things which has just happened though is Danilo planted lots of what I thought were just sticks, he called them Easter trees - flor de Pascua -  which I thought was a bit odd. They just looked like sticks with green leaves on to me. Now I understand, they are poinsettia trees. 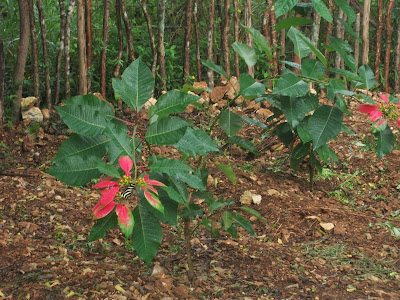 They are all slowly turning red and are absolutely lovely. 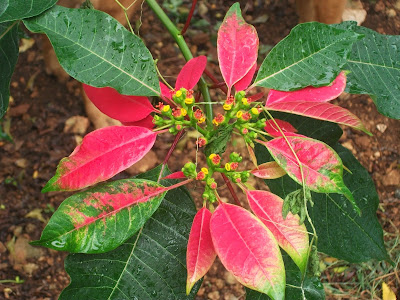 And saving the best till last.

Fellow blogger, Aisha has reviewed my book, and not content with a one liner on Amazon, she has featured it in her award winning blog. You can read it here. Fabulous review and I recommend that you carry on following her blog as she is a brilliant writer.