Going to the baseball game

Danilo plays baseball for a local team called the Pinchi's. No idea what that means, but he plays every Monday night on the local field as do many of the neighbours. The whole campo goes to watch and this week I went to watch as well.
The baseball field was smaller than I thought it would be but well maintained with a lovely little area for the spectators. 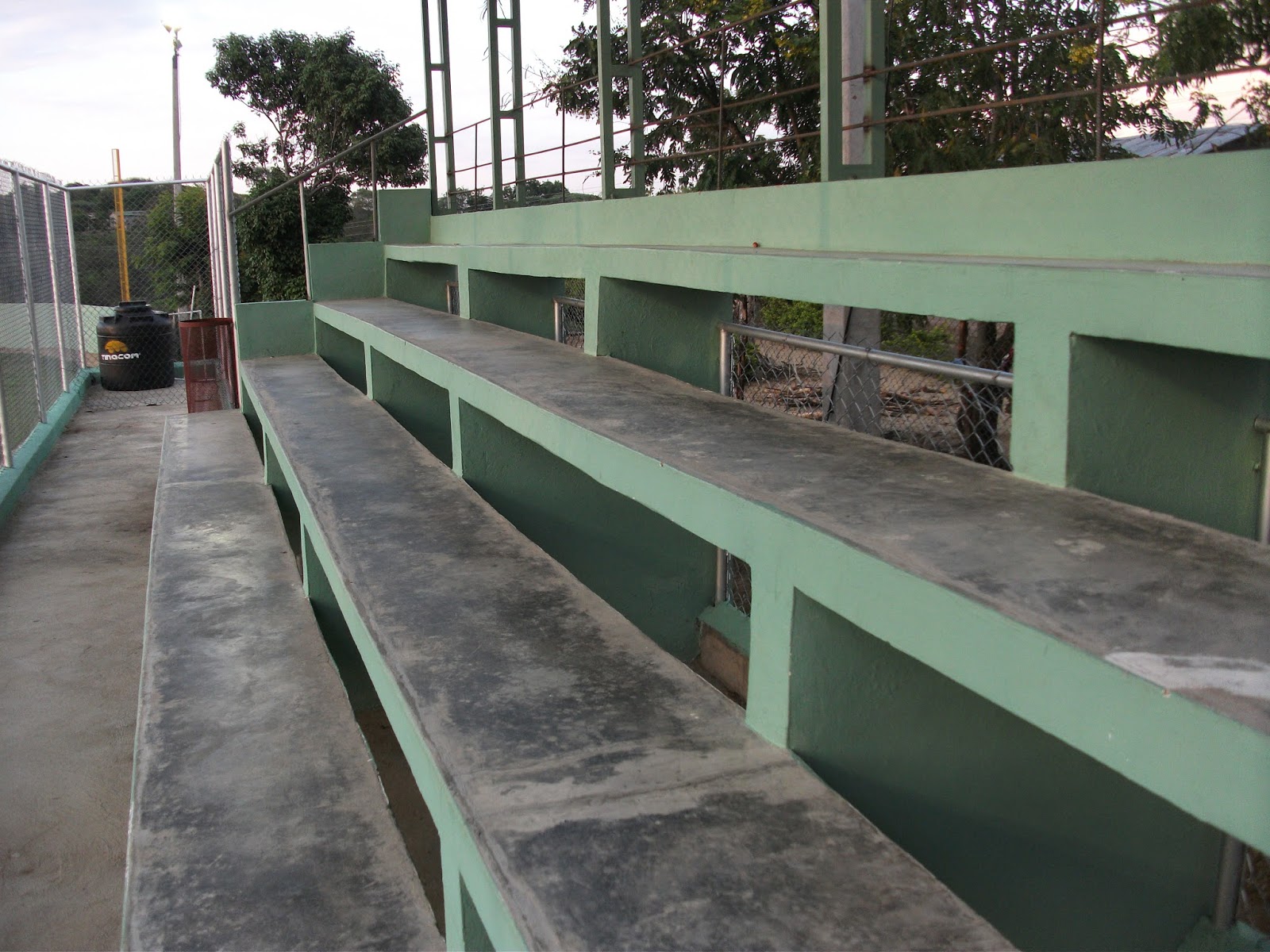 Most of the players are young and fit, but not all. 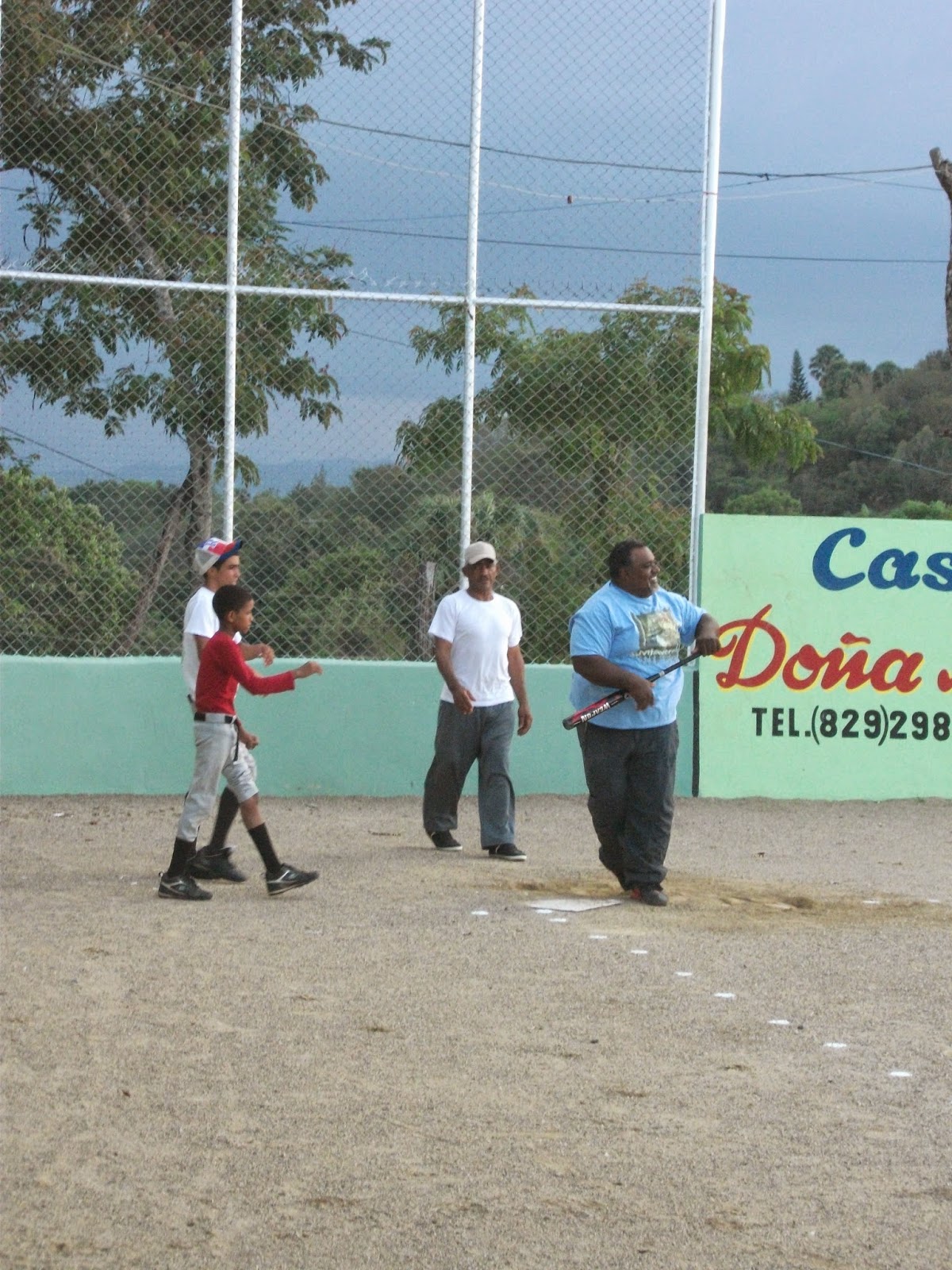 Before the game started the central sandy area - which probably has a name but I have no idea what it is - had to be smoothed out. I assume the major league teams have a machine for this, but here it was a car driving round and round, dragging a rake and with someone sitting on the rake. 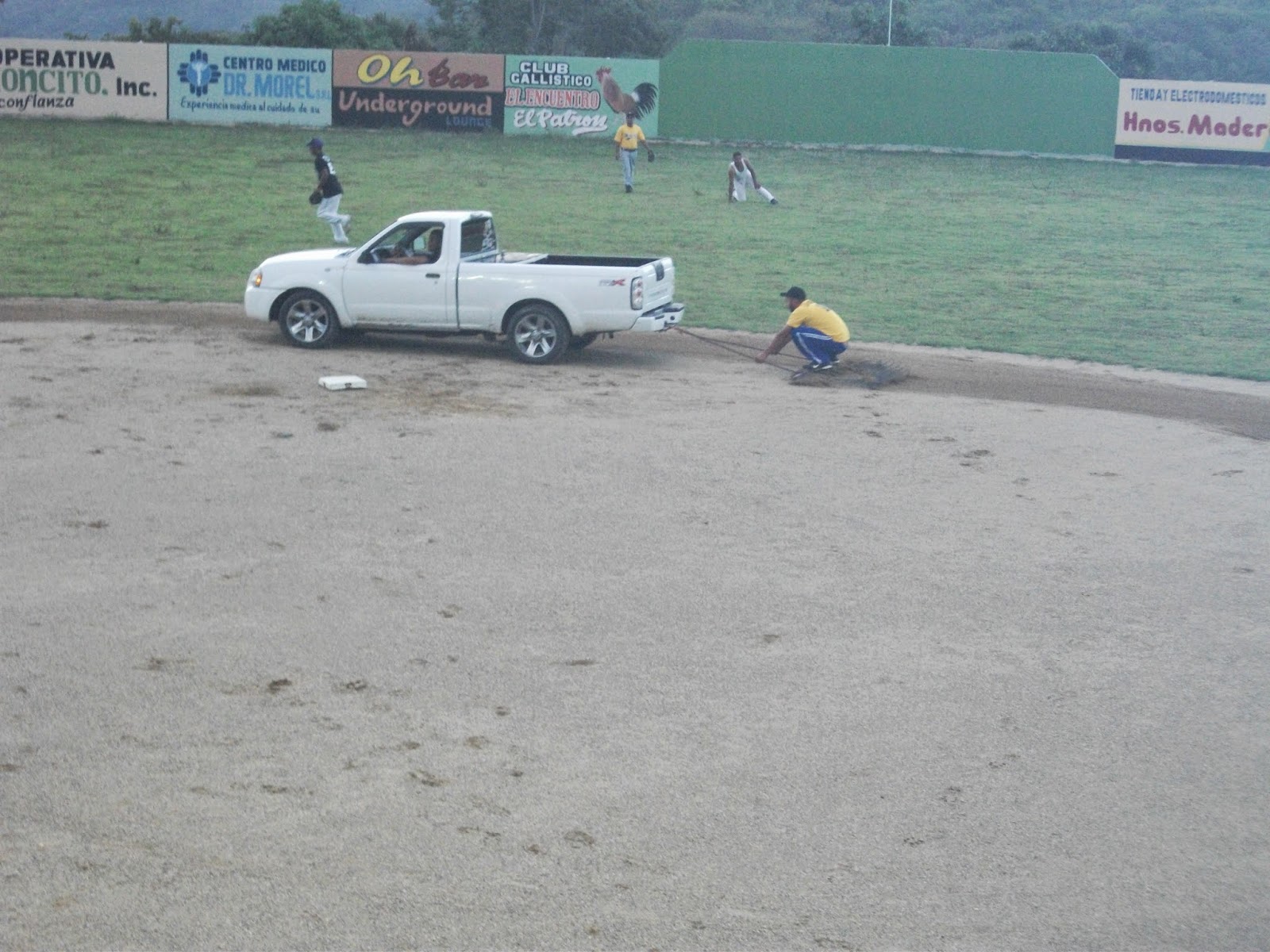 Eventually the game started and it was pretty professional. Everyone knows everyone and the crowd was hilarious aided by copious amounts of alcohol. They screamed insults at everyone and the game kept stopping as the players were collapsing on the floor laughing. Everyone has a nickname as is usual here, so the screams were things like "Guandules (peas) you are getting fatter than an elephant" and too many more for me to remember, nor understand.

The Pinchi's won both games to the delight of the crowd.


A good night was had by all.

However my neighbours have decided to take cock fighting more seriously and have bought 15 fighting cocks.  Due to the noise they make they have housed them as far away from their house as they can - which means they are right next to my house. So far only 6 have been installed in their cages and another nine are en route. They crow all day long and only stop when it rains. 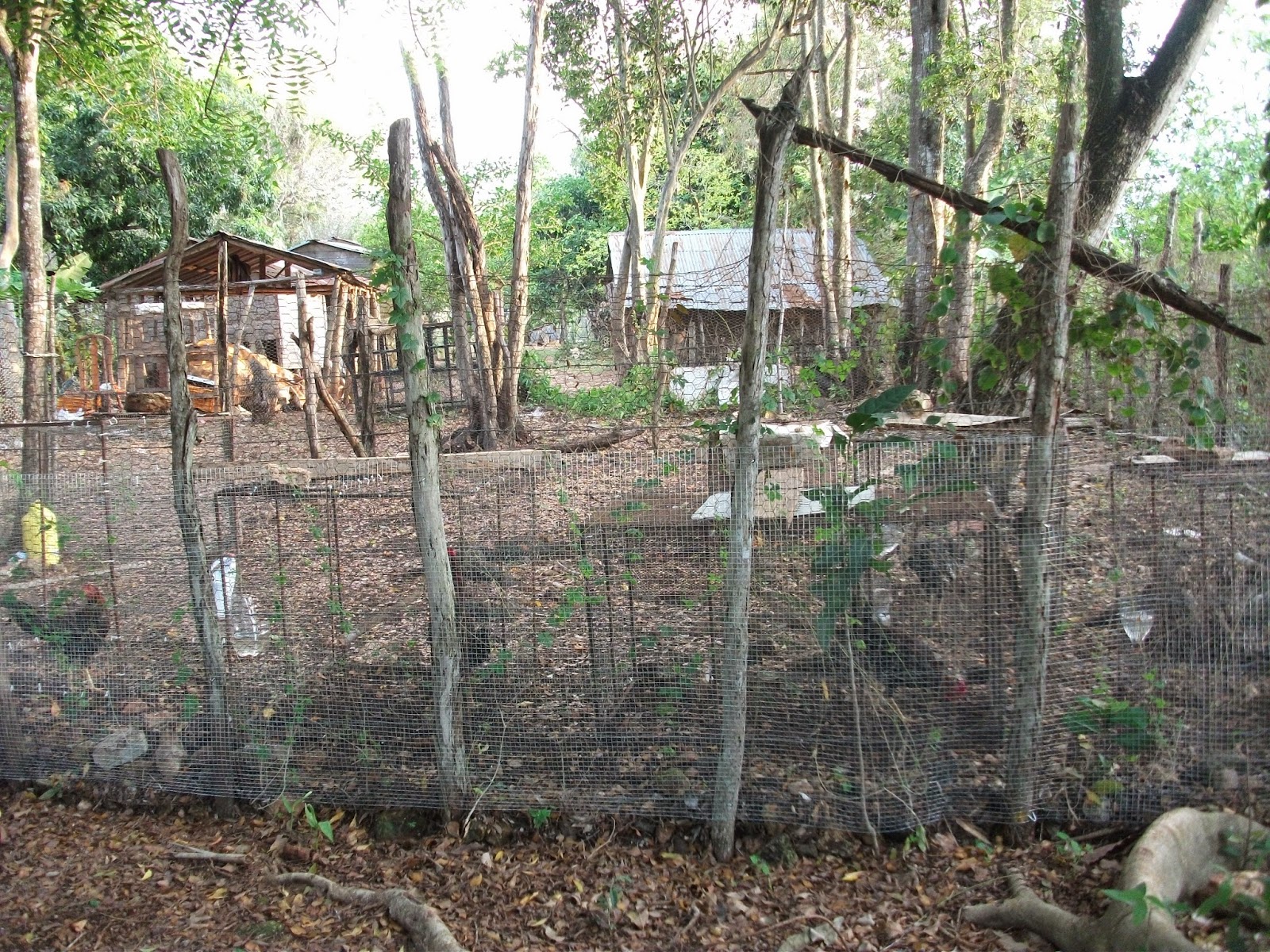 Neighbour assures me I will get used to the crowing. I assure him I won't.