Visitors been and gone

So the house was almost clean and there was one day to go until the visitors arrived.It was mid afternoon and  I was busy working, in my scruffy work clothes and hadn't given a thought as to what to have for dinner that night. Suddenly the dogs started barking and there was a big white minivan taxi at the gate. My brain started whirring, who was it and then they appeared. The visitors, a day early, to surprise me. Don't you just hate it when people do that?  I thought I had the day wrong at first until they yelled surprise! A chicken had to be taken out of the freezer to defrost, Chivirico rushed upstairs to shower and change, and I frantically tried to get my days work finished.

They arrived laden with goodies, such as clothes, chocolate, a new hammock, basmati rice, and even real American steak which we barbecued. It was absolutely gorgeous. 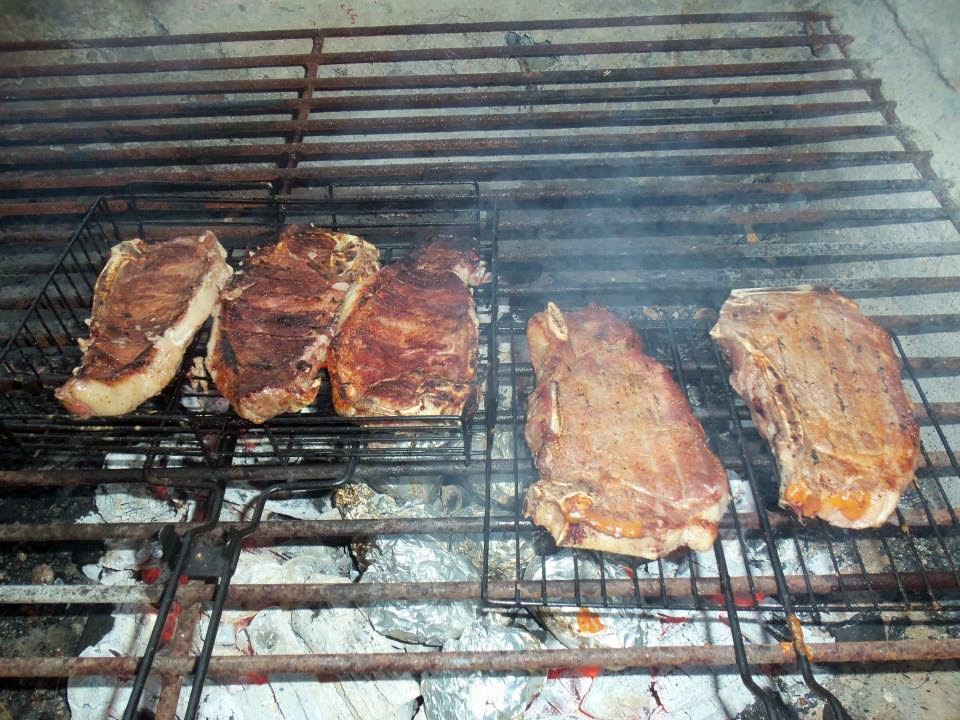 The first outing was to the local river together with a picnic. 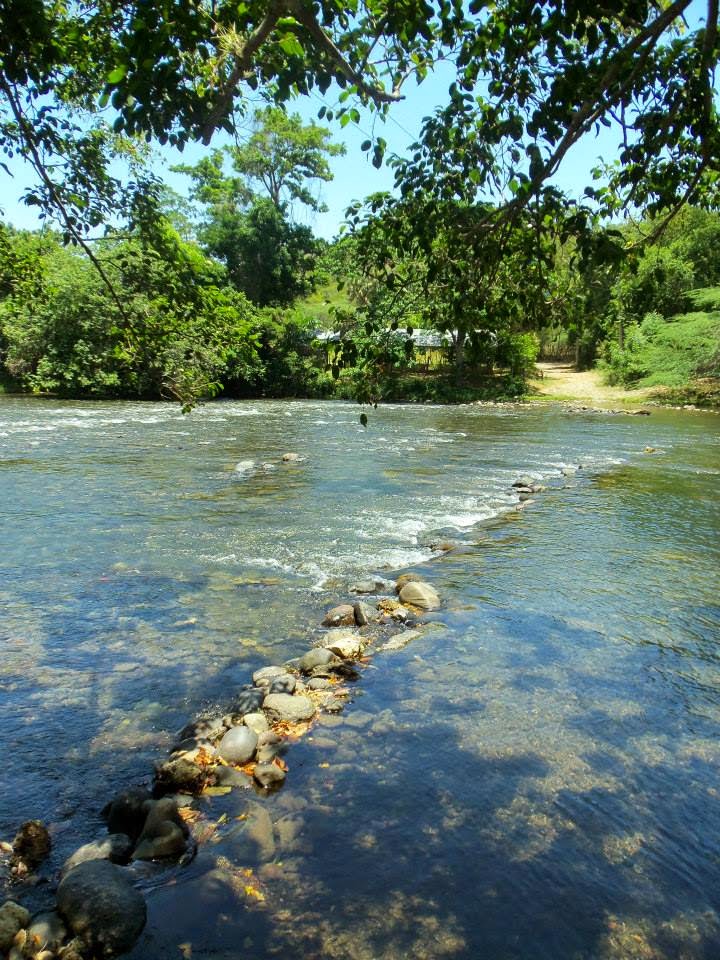 It is a beautiful quiet spot, as long as you go during the week as it is invaded at weekends. We had it to ourselves for a while, but even mid week a massive group of beer and rum drinking Dominicans arrived and all piled into the river fully clothed - as they do. Chivirico adored it of course. 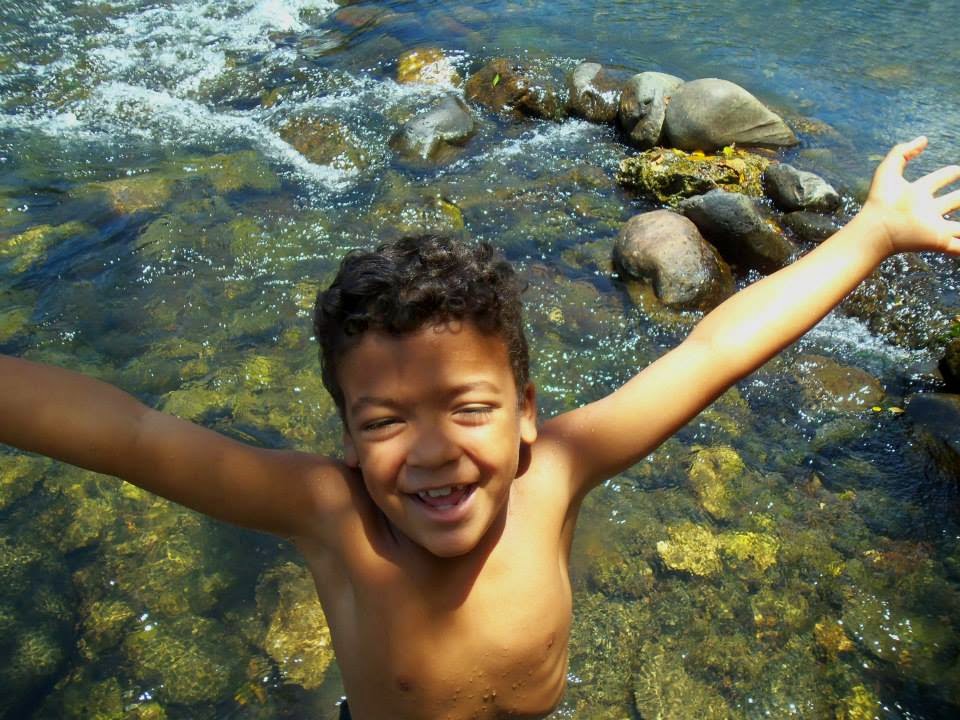 The highlight of the week was to go to a concert featuring three top Dominican bands. Although I have seen many smaller bands since I have been here, I have never been to a proper concert. The first issue with them is the time. They start late, and I mean really late. We didn't leave the house until 11 pm, just as I was ready for bed. The first artist was a typical merengue group - El Prodigio and he came on at about midnight. 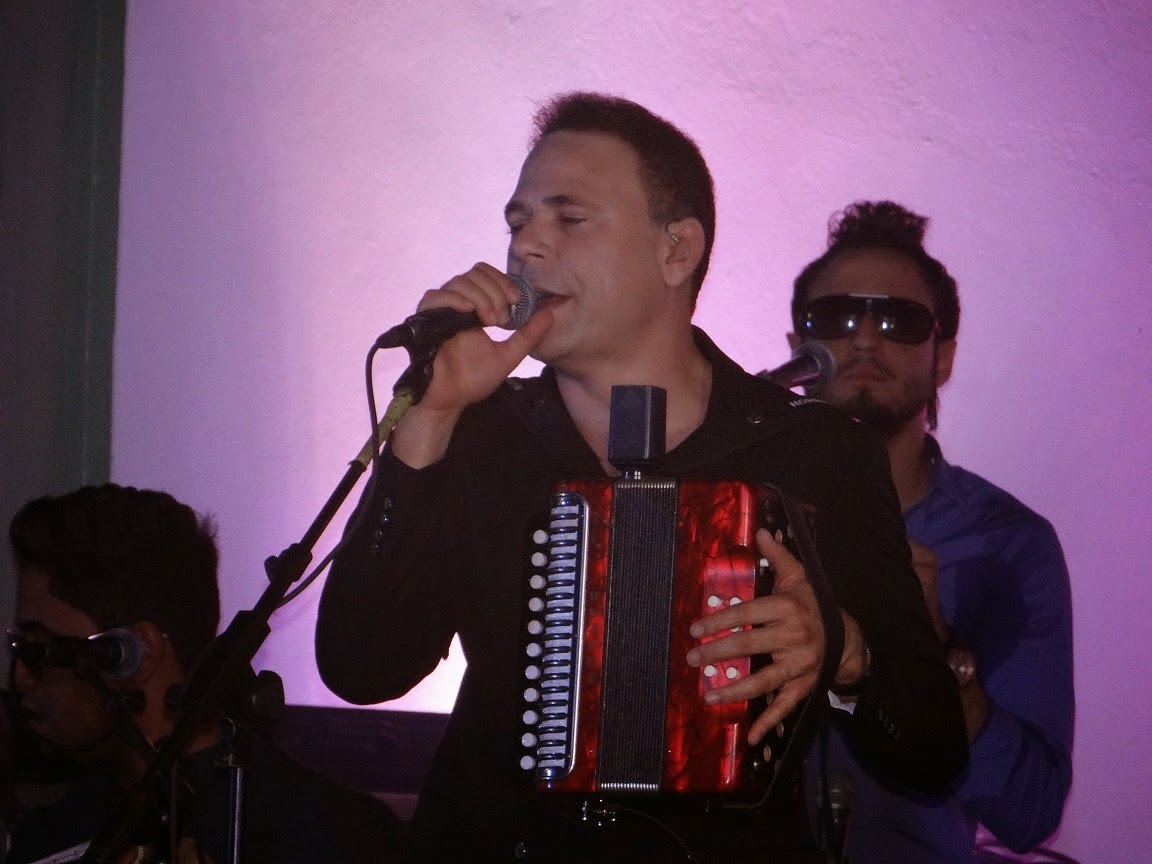 I was expecting it to be loud but not that loud. Your whole body vibrated from the inside out with the base as if your heart was about to explode. A most peculiar feeling but I had to get used to it as it went on for hours. It didn't help as we were close to the stage which meant a great view, but also meant we were only a few feet from the speakers. El Prodigio was good and played for about an hour or so and then there was a short break and on came Fernando Villalona who is apparently also very famous and also merengue. I was told he was also very rich so I don't understand why he couldn't afford decent clothes. 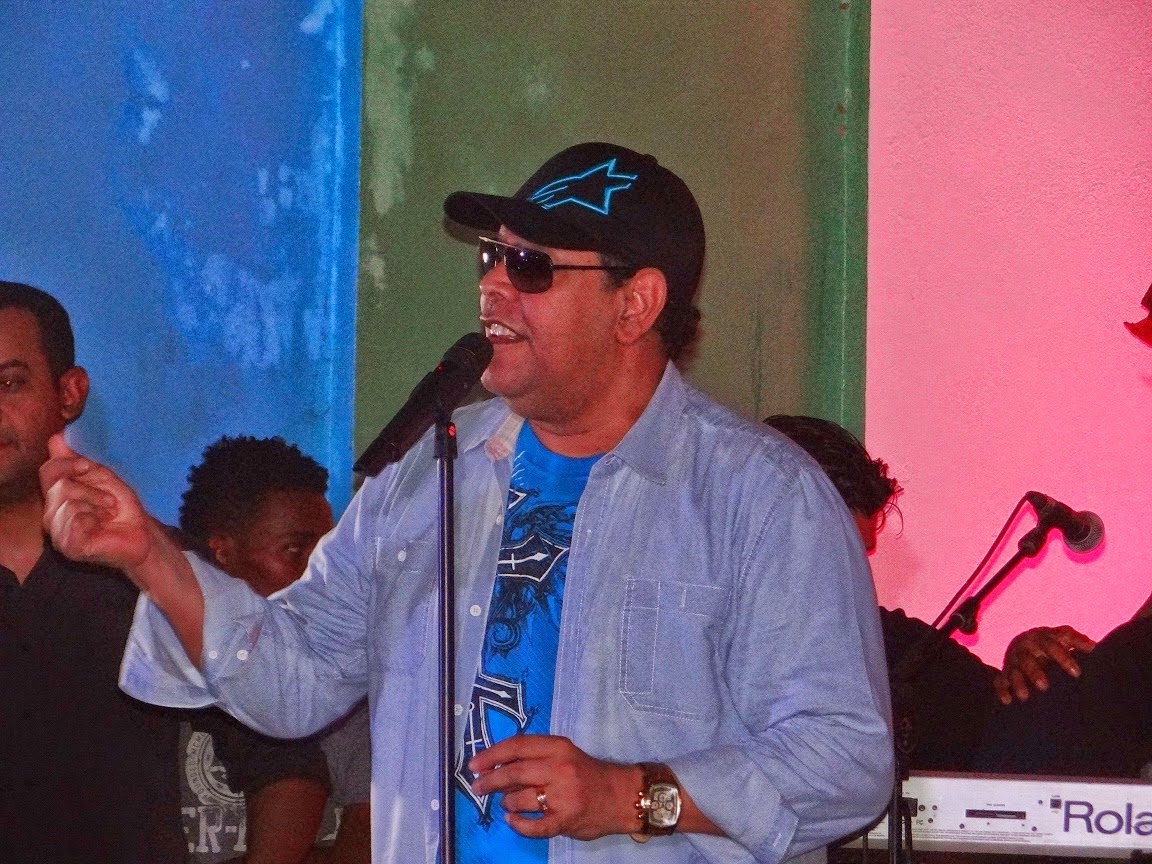 Finally, the one I had been waiting for, Zacarias Ferreira, whose music I love. He came on stage at 3.30 in the morning. The trouble was, it was so late that people started to leave and by the time he finished at gone 5 am, there were only a few people left and the atmosphere, which had been amazing, was non existent. 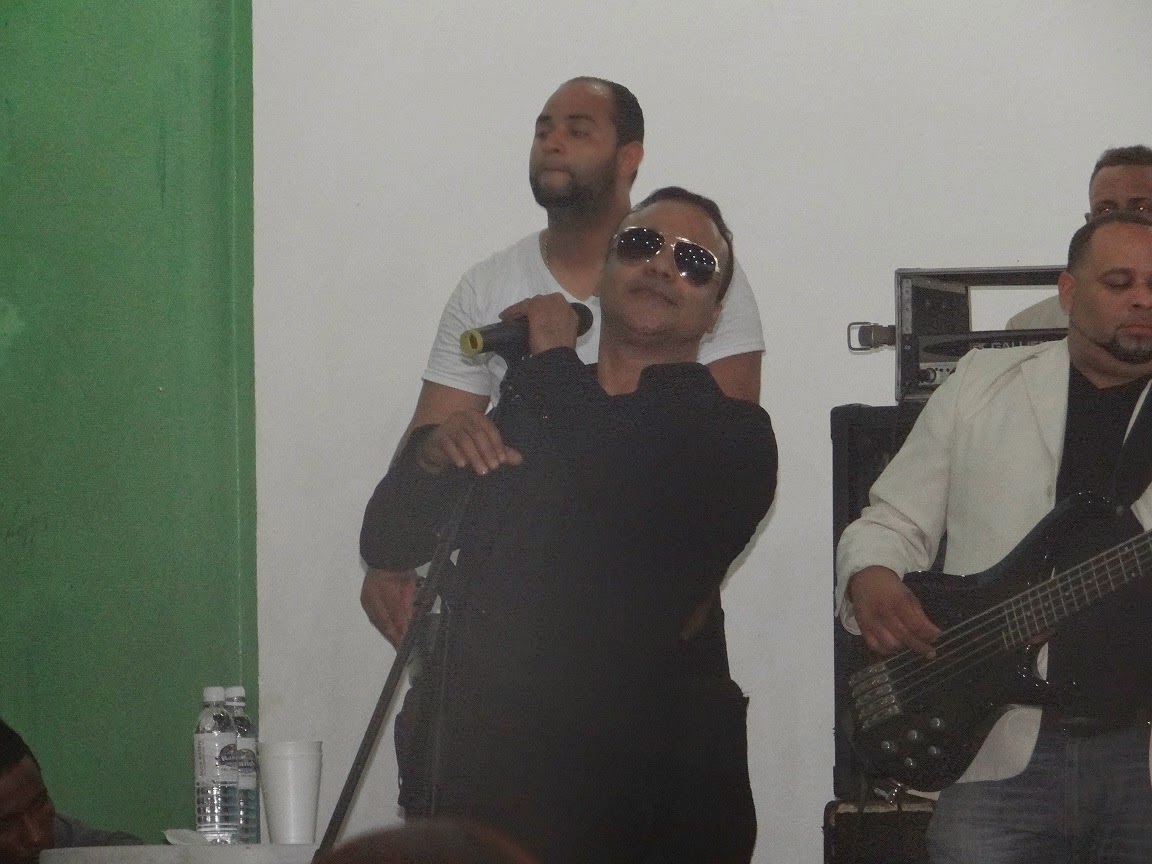 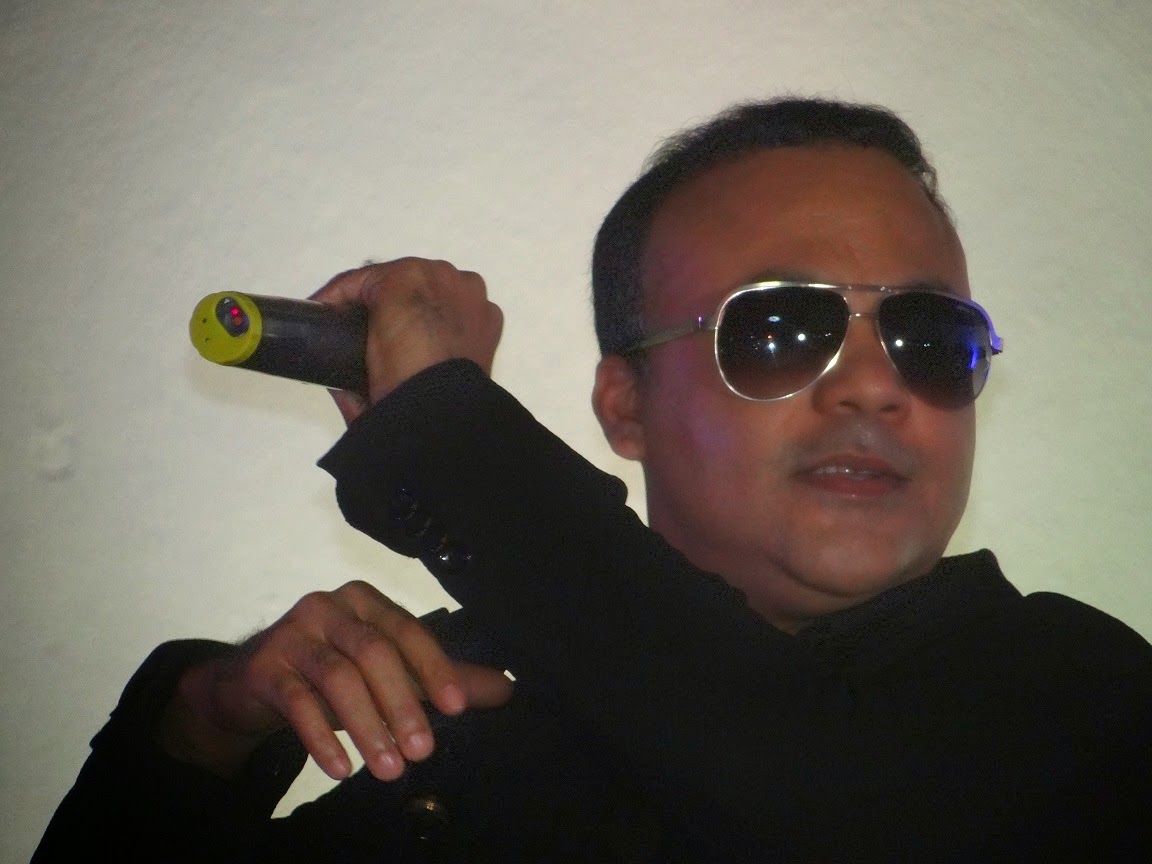 We arrived home as dawn was breaking and the bloody cocks were crowing. It has been so long since I have been up all night not sure I would do it again. The post concert tiredness took a few days to go away and the visitors had to spend the rest of their stay having afternoon snoozes. Lightweights.

Other excursions happened during the week such as trips to local towns, and Chivirico had to go back to the fire station of course. 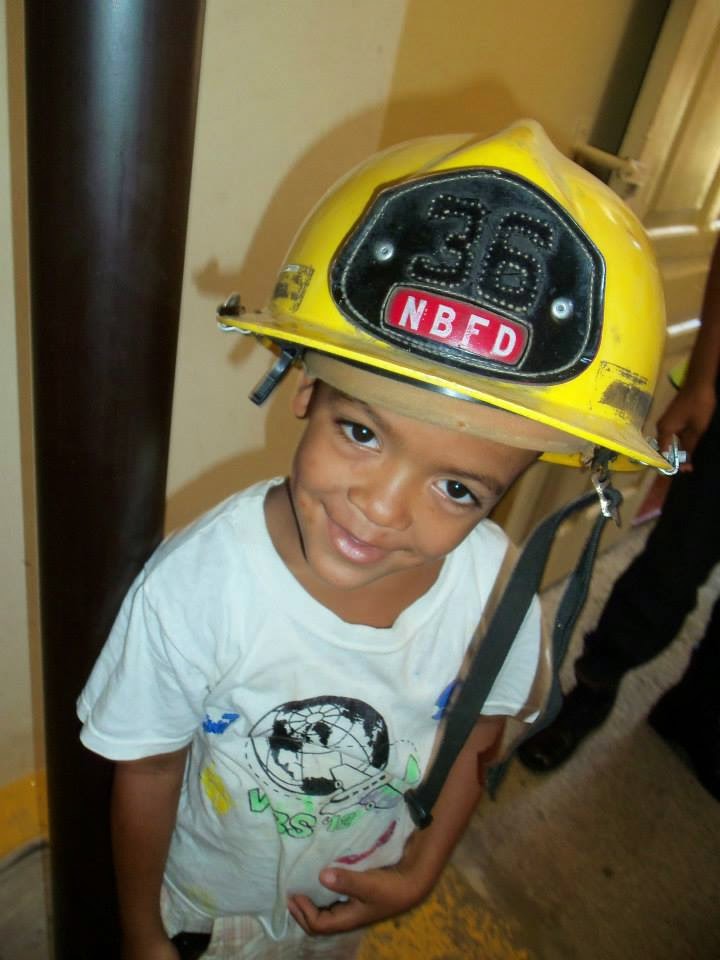 They left last Tuesday and life has quickly returned to normal. The visitors calendar is now empty until October, but the fridge is still stocked with chocolate which is well hidden behind a packet of frozen sprouts.

We are still waiting for rain, Tropical Storm Bertha which was supposed to hit us the night of the concert, didn't arrive and as I type this she is battering the UK instead. It was amazing to take my daily look at the hurricane warning websites and see this:

It makes a change to see hurricanes going from west to east rather than vice versa!
Posted by Lindsay at 11:27 AM