A bathroom for Miguel

Miguel is a neighbour, aged around 60 but he isn't exactly sure. He is married to Barbara, or, as they say her name here - Baybara and he is Migay. A couple of months ago he was feeling breathless and woke in the night unable to breathe. They took him to hospital where he stayed for a couple of days and was then sent home. The same thing happened again the day he was sent home, so he went back to hospital and after a few more days had a chest xray and an ECG. They sent him home again. I went to see him and checked his pulse which was racing, over 200 beats a minute. Eventually he went back to hospital where the cardiologist diagnosed heart problems and he was sent to a specialist heart hospital in Santo Domingo, the capital. They eventually operated and replaced two heart valves. He has been staying with relatives in Santo Domingo until his wound heals and he is due to return here next week.

Since he and Baybara have been away, neighbours have periodically been cleaning their house and tidying up the garden. Now they are building him a bathroom. The dream of most campo folk is to have a real bathroom and few do. Instead they have a latrine at the bottom of the garden. As latrines go, it is a nice one, painted green and with a roof as well. They also use it to store the chicken food. 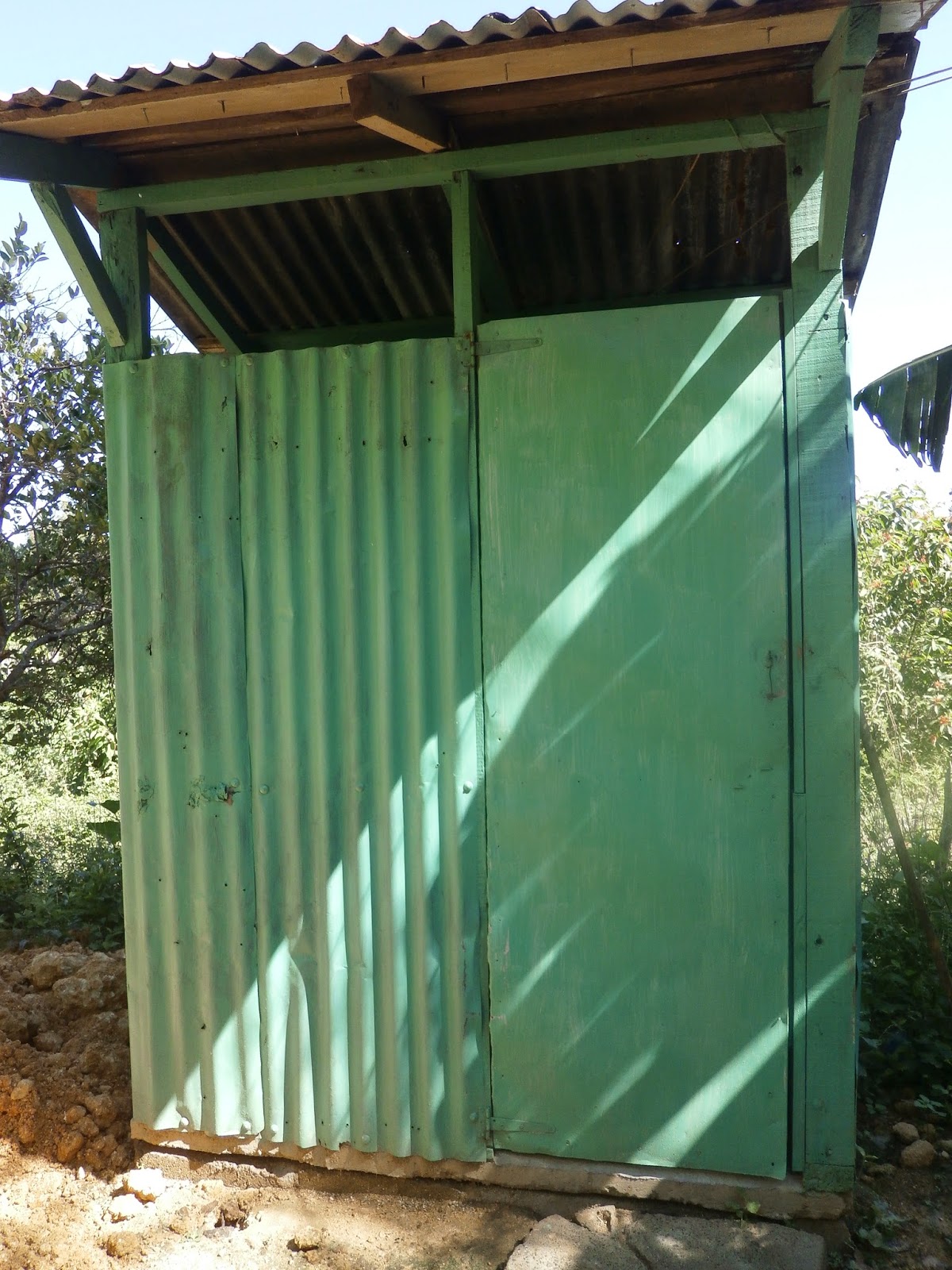 I don't have a particular problem using latrines. When I was growing up we lived in a caravan and had a chemical toilet called an Elson. Unlike latrines here where the hole seems pretty deep, the Elson was just like a big bucket and you had to put a blue liquid in it. I remember hating having to go to the toilet when it got full as if you did a number 2, as mother would call it, your bottom got splashed.

The Elson man would come every Thursday to empty it, we called him Dan Dan the Elson man, and he had a little old van with a bigger tank in it, and he would just pour the contents of our Elson into his bigger tank. Anyway I digress.

As well as a latrine, Miguel and Barbara have a shower room. Well, it is a few pieces of zinc sheeting stuck onto the outside of the house with a bucket inside and a tin can for scooping the water out of the bucket. 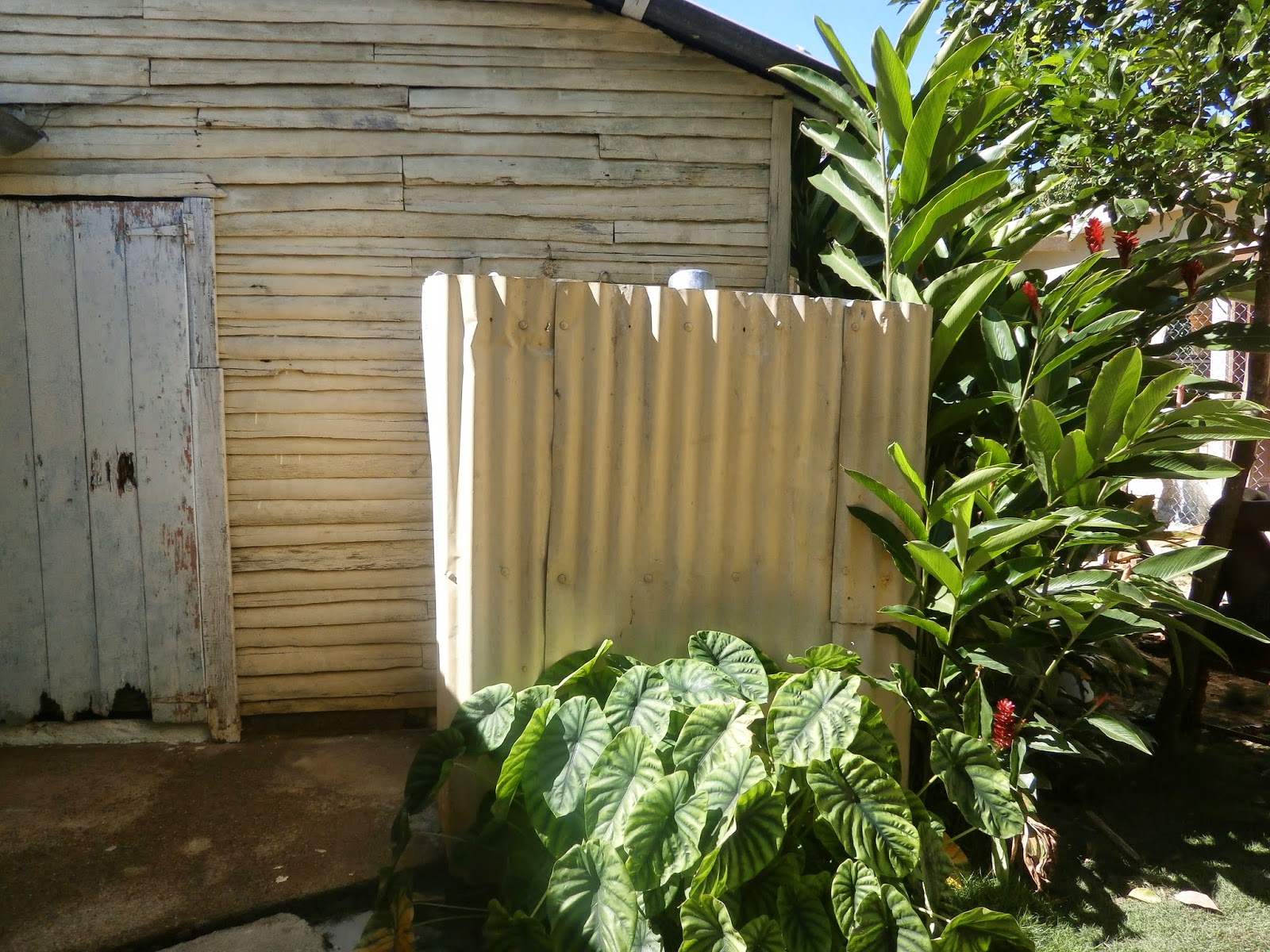 So now the neighbours are building Miguel a proper bathroom which is stuck onto the bedroom at the side. It is made of concrete block rather than wood like the rest of the house. I am not sure why that is but all the bathrooms people build in the campos, usually using money from their kids, are made from concrete block. 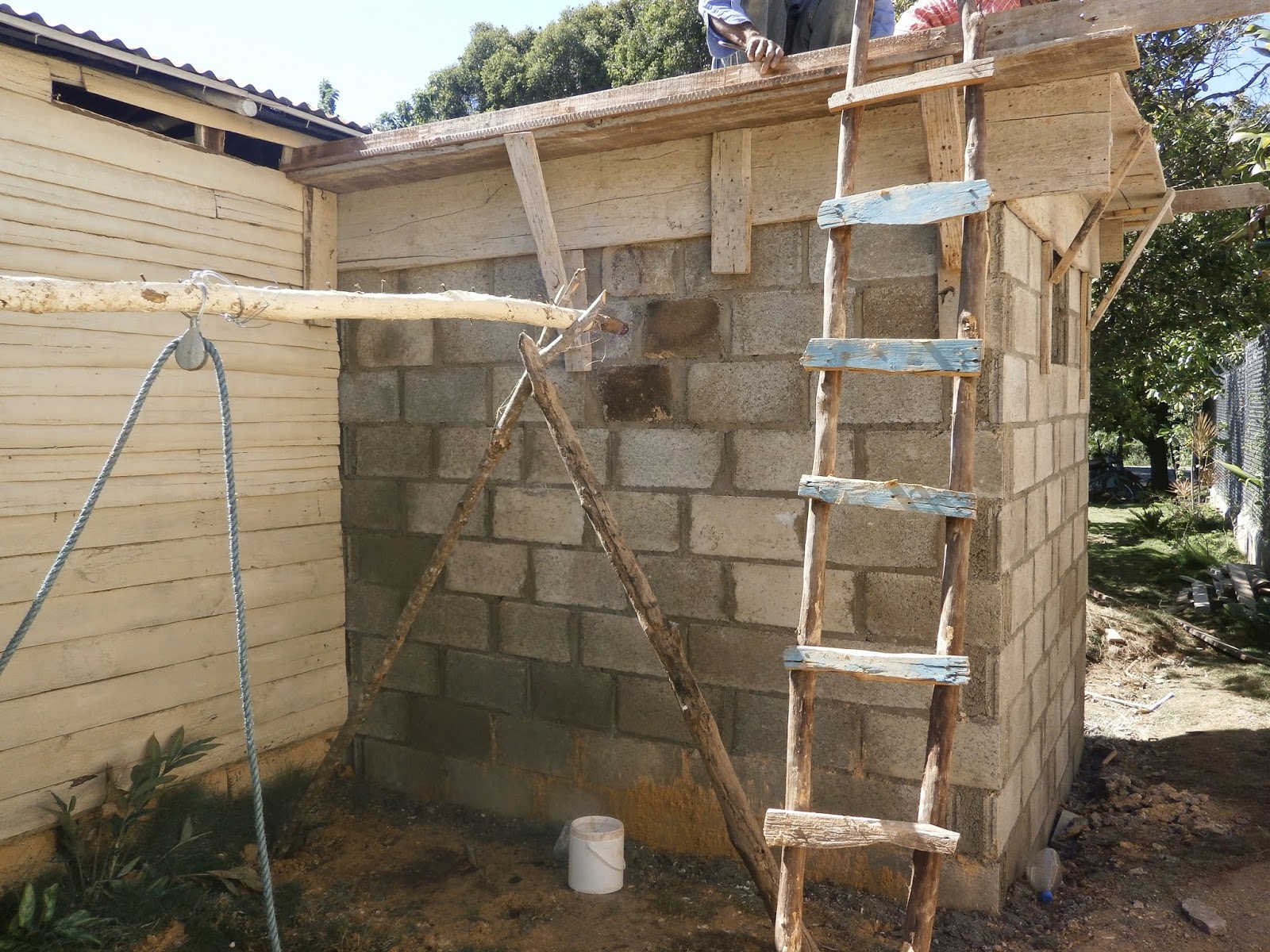 As well as actually building the bathroom and fitting the toilet, shower and sink and plumbing for water, there also needs to be a septic tank. Most houses have those here as there is no mains drainage. As you can imagine it needs to be a reasonable size, so some poor Haitian chap has been digging the hole for the last couple of days. His progress though has been remarkable. 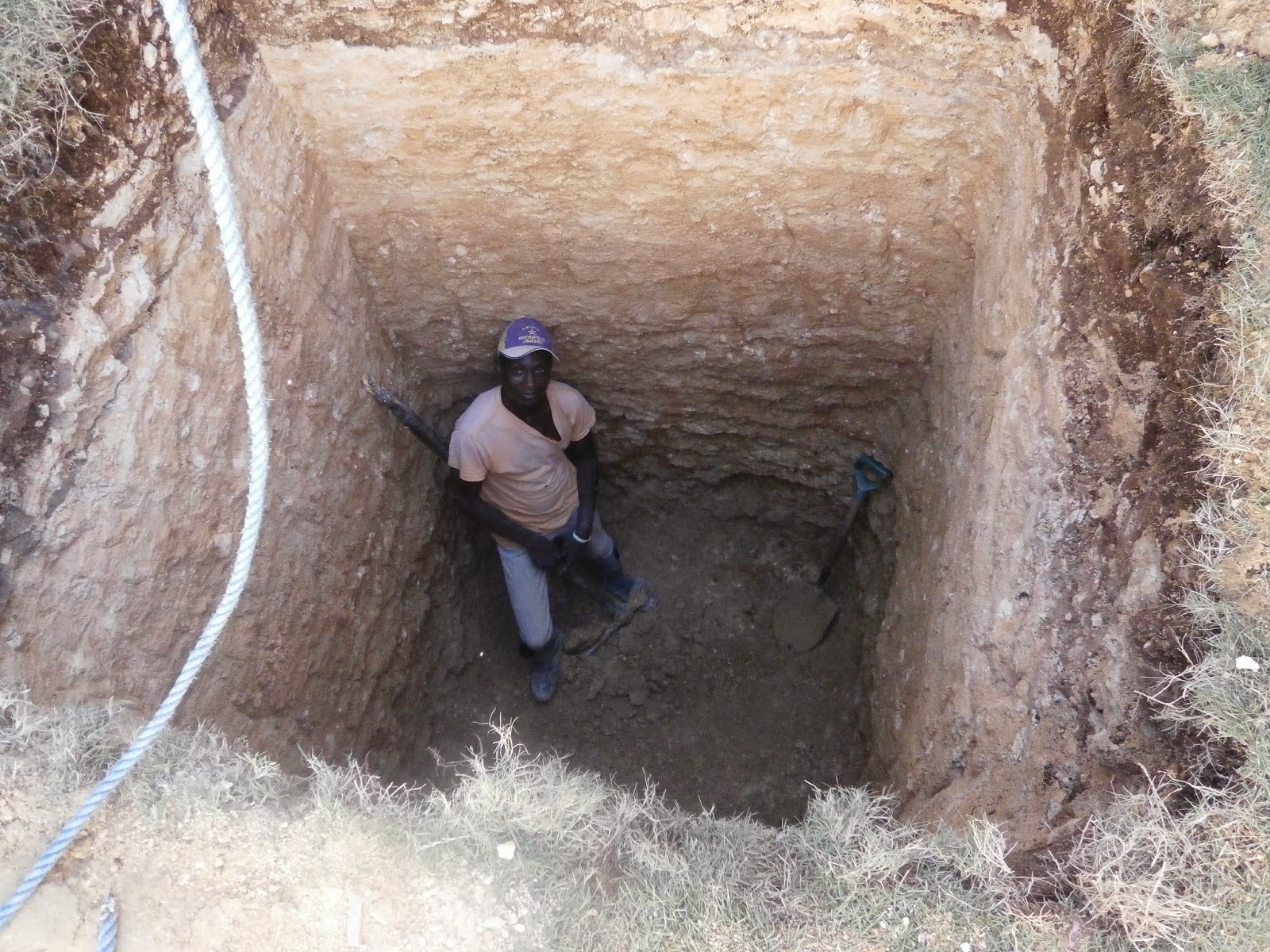 Once finished, the hole will have a concrete slab put on the top which is never to be removed. Apparently it will never fill up as the stuff that goes into it biodegrades through the walls of the pit into the garden.

I can't wait to see Miguel's face when he returns to see he has a bathroom for the first time in his life.
Posted by Lindsay at 3:40 PM