The sad tale of the Maguey

We have had this spiky plant in the garden ever since I have been here. It does nothing, just sits in the grass being very spiky. I assumed it was some sort of aloe vera, but we have those too, and the leaves of those are much thicker, and we use the gunk in the leaves to cure any cuts or burns.

A couple of months ago, Danilo called me outside to show me that the spiky plant now had a shoot, about 6 foot tall and said that there would be flowers on it, which would be yellow. 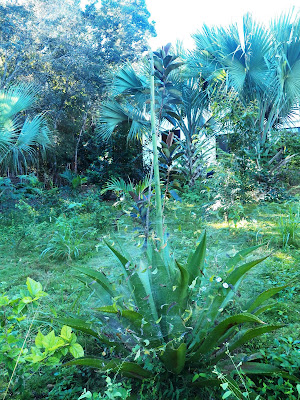 All seemed most odd to me, so I asked knowledgeable Facebook friends who told me the plant was called an agave or maguey in Dominican Spanish and although it looked like an aloe vera it was a totally different family. 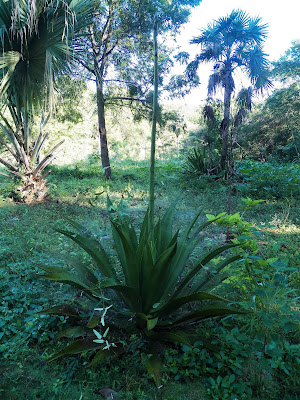 What is really sad is that the plant just sits there being spiky for up to 10 years, then up comes this amazing shoot or stick in the middle of the plant, it flowers and then dies. Luckily the seeds then fall on the ground and baby magueys are born.

Apparently, if the flower stem is cut without allowing it to flower, a sweet liquid called aguamiel ("honey water") gathers in the heart of the plant which can  be fermented to produce a drink called pulque. In Mexico, there is a blue version of the plant called Mezcal which is used to make tequila. In addition, the leaves also have fibres in them, known as pita, which can be used for making rope or matting. In fact the Taino Indians used to use the plant for both purposes.

We didn't cut the stalk or the leaves and I was really excited when the yellow flowers started to arrive and took a photo. 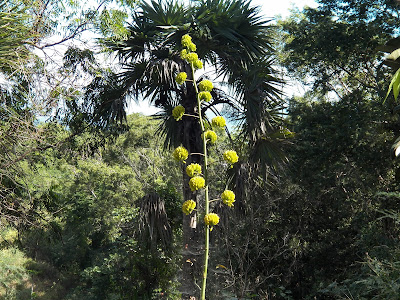 The flowers were lovely and covered the whole stalk. 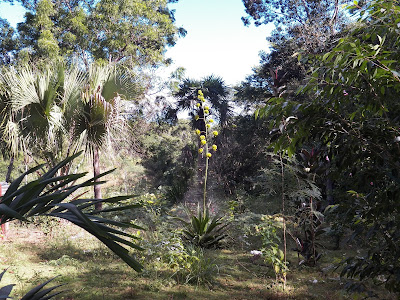 Danilo told me the show was not over, the flowers would change colour, and then a couple of weeks later, now they are beginning to change colour, starting at the bottom. 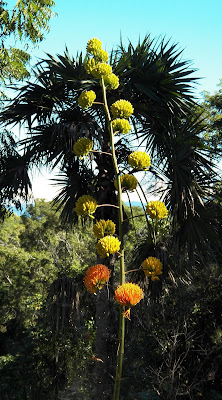 And what a colour! The orange colour of the ones at the bottom is glorious, but it is so sad that once they are all orange, the stalk will fall over and the plant will die. 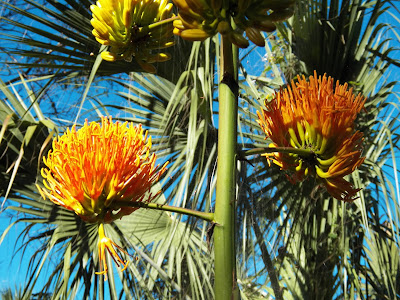