The saga of the balcony continues.

Number one dwendy, Saya, who calls himself the maestro has been doing the technical work with lesser dwendies mixing the concrete etc. I told him he should wear shoes or boots as people were telling me that concrete was bad for bare feet. This was the result when putting the final skim of cement which we decided to colour rather than laying ceramic tiles which would have been expensive. 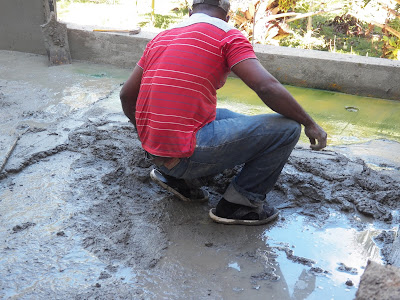 The "shoes" were flip flops and socks which wasn't exactly what I meant. 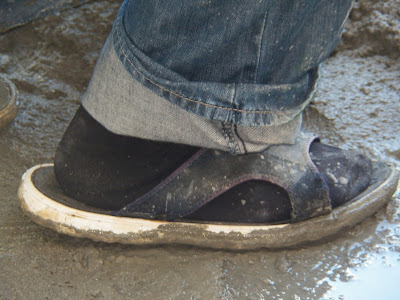 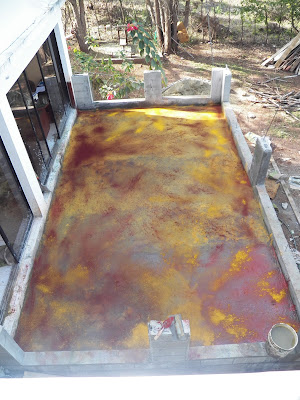 So it now looks as if it was the location for a mass murder. Danilo says he has a plan, but I have no idea what it is nor what colour the balcony will end up.

As I mentioned last week or so, Chivirico and I are off on tour to promote and sign my books, but before then I will be appearing on what is called Spotlight Sunday on a Facebook Group called We Love Memoirs. It is a lovely group of people from all around the world who enjoy reading memoirs and who also write them, although if you are a writer you cannot promote your work, apart from if you are invited to be in Spotlight Sunday. So on Sunday December 3 I will be on line on We Love Memoirs all day answering questions. People can ask whatever they like so it should be a fun day.  If you want to join the page before then so you can ask me anything so just click the link above to join the site. I am not sure of the exact time yet, but will let you know as soon as I know.

And even more book news. Life After My Saucepans has been chosen as one of the top ten expat books of 2017 which I think is pretty amazing!  The list was compiled by the Expatbook shop and Expat Nest. You can read the full list here.

So just a reminder, for those who live on the north and north east coasts of the DR, Chiv and I will be on tour with  Life After My Saucepans and  What About Your Saucepans?  in Sosua on Thursday December 7th at Midtown Bar and Restaurant from 2 pm to 6 pm. I will be having dinner at Taberna El Conde at 7 pm if anyone wants to pop in there.On Friday evening from 7 pm I will be at Dan and Manty's Guesthouse in Las Terrenas and on Saturday at One Love Surfshack in Las Terrenas from 5 pm till 7 pm and probably later! Early next year it will be Santo Domingo and Punta Cana.

Hoping to see you there!