Goodness over two months since I last blogged, where does the time go to.

Here is a swift update on campo life in the Feliz household since Christmas.

The new year got off to a bad start as I came downstairs on the morning of January 1 to find Meg, our oldest dog, dead on the floor. No idea what happened as she was fine when I went to bed - I assume a heart attack. RIP Meg who was a very faithful dog and well loved. 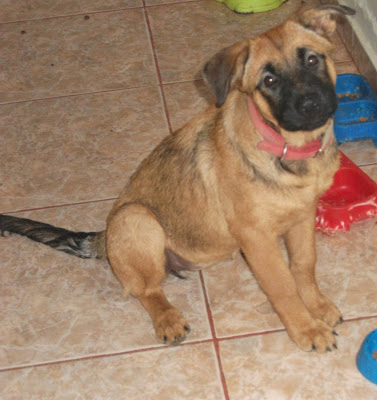 The rest of the dogs are all fine and doing well as are the goats.

However, Danilo decided he wanted geese. I said no, and as usual he took no notice of me and I should have realised something was up when he arrived home one day with Dwendy Saya. They each had a goose in a sack. 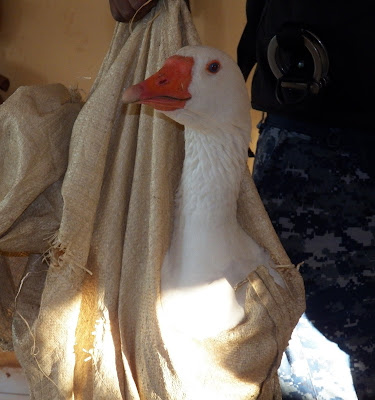 I must admit they did look pretty so he filled a big washing bowl with water and set them and the bowl down in the back garden below the balcony. 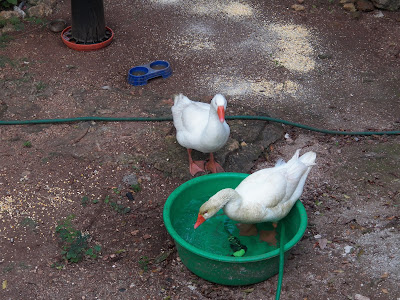 They seemed quite happy, didn't make too much noise but the peace was not to last long. The next morning they were not there so it was all hands to the pump to go on a goose chase. I should mention at this point that he did not pay for these geese. He was given them as the man had to get rid of them as they were so vicious. This was not mentioned until they disappeared and he was concerned about the whole neighbourhood being beaten up by geese.

Danilo and Saya went out hunting and luckily a neighbour caught them just before they made it onto the main road. Geese were duly returned and locked up under the balcony until we came up with a plan.  Danilo was going to build them a pen but in the end we decided to put them in the overgrown vegetable garden as that was already enclosed, so in there they went.

However it was obvious the washing bowl was no substitute for a pond, so we got them a paddling pool instead. Which they adored. 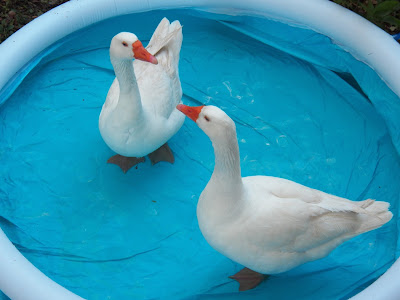 It took a whole 24 hours for them to puncture the paddling pool, so there was no choice but to build them a proper pond. 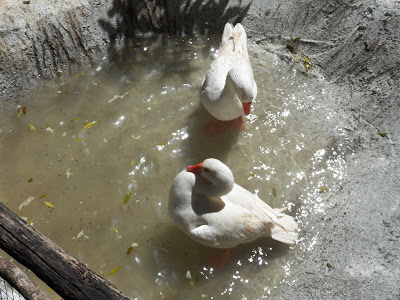 So now we have very happy geese. They are still very nasty geese, attack anyone who goes near them, not only by biting them (and their beaks have serrated edges) but also by smacking them hard with their wings. They are also very noisy and if anything moves, such as when the chickens and roosters fly down from the trees in the morning, they make one hell of a racket. No idea what the plan is for these geese - Danilo talks about getting them a female or two to breed more nasty geese.

Personally I am googling roast goose recipes for Christmas.