A busy month as usual. The sad news is that Zelda aka Baby Girl and the Flying Dog died having bitten a cane toad. Danilo heard barking in the middle of the night and came down to see her with a cane toad in her mouth. She dropped the toad and did her usual jump over the wall. I went to find her when he told me what had happened but it was too late she was already dead. RIP. She is missed.

We decided to keep one of the puppies. She was the only female and was born without a tail. Her name is Barraquita (Danilo named her and he calls her mum Canguru, the Barracuda). She is super cute (aren't they all) and is trying to make her ears stick up in the air, but not quite there yet. Oddly she has green eyes. 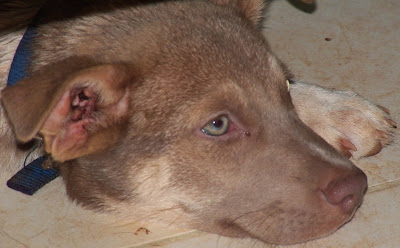 The main news this month is that Danilo graduated and off we went to the ceremony which was held in the basketball court in Mao. 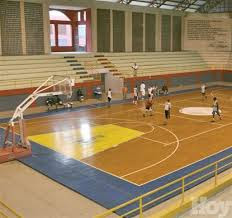 The students sit downstairs on plastic chairs and the guests on the concrete steps around the sides. The steps were around 3 feet high so walking up and down them was a challenge and now all of the neighbours who went to the ceremony, as several people here graduated, are hobbling around with sore legs - yours truly included. It was very very hot and very hard on the posterior. 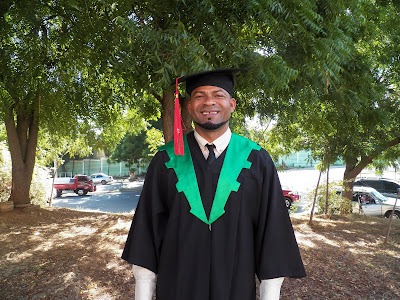 Each of the different degrees, ie law, accountancy etc had a different coloured tassel on their mortarboards. 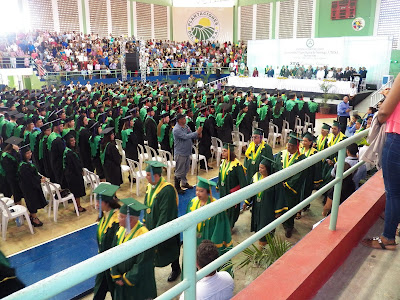 There was a procession of the faculty, accompanied by a brass band and the singing of the National Anthem as well as the University Anthem. It was due to start at 10 am and was only an hour late starting which is good by Dominican standards. 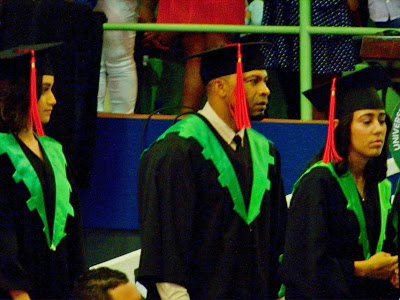 Then after very long speeches the students all lined up to go and receive their degrees from the Rector and have their photograph taken. Danilo was number 169! 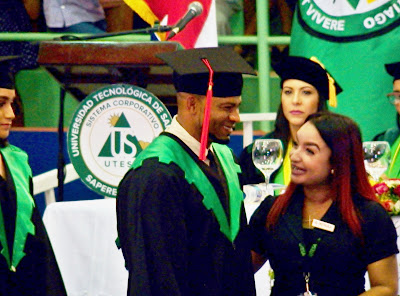 Once he had done his bit I escaped to the relative cool outside and eventually met up with the rest of the family - it was impossible to find each other inside the stadium.

All in all it was an emotional day. There were so many proud partners and parents, many had congratulatory balloons and bouquets of flowers. Getting a degree here is a very big deal as it involves a lot of sacrifice of both money and time. Interestingly 75% of those graduating were women.

The other big news is that we have applied for visas to the UK for both Chivirico and Danilo. It took me 6 hours to complete the on line forms and pay US$400. Next step is to get all of the papers together and get those in Spanish translated by a legal translator. Then we have to hand the papers in and have the interview on 16th of this month at the Visa Application Centre in Santo Domingo. We should find out a couple of weeks after the interviews if they have been approved. Then it is England for Christmas - first time back for me in 12 years. I wonder if it has changed.

Email ThisBlogThis!Share to TwitterShare to FacebookShare to Pinterest
Labels: Cats and dogs and other animals, chivirico, Family life