Wrist slapping time as it has been over 2 months since the last post. I do have a raft of excuses such as being in England, followed by the flu, followed by what I am calling The Incident which I will explain about in the next blog post.

So off I went to England - alone, as there was no visa for Danilo and Chivirico. It was a long journey to the airport, around 12 hours on three different buses but it was simple enough and the long distance buses are very comfy with aircon, big seats and wifi so it was actually nice to relax.

I was met in Punta Cana by my great friend Ilana and her husband Pedro and spent a lovely night and the next day with them and Ilana's friends before being taken to the airport for the 8.30 pm flight. Fab flight and I had three seats to myself so I managed to sleep all the way to England. This was my first time on a plane for 12 years and they had certainly been upgraded with seat back TVs and loads of channels to choose from.

Mum met me at the airport and looked exactly the same as the last time I was in England some 12 years ago - how you go from age 74 to 86 looking the same I have no idea but just hope I do the same!

To be honest it was all a bit overwhelming at first. We stopped about an hour from the airport so I could get some coffee and smoke a cigarette  - not necessarily in that order - and as I had no English money I asked mum for 10 pence to get a coffee. She laughed and gave me a 10 pound note - around US$13. I walked into the store and there was the coffee machine. First I had to choose what type of coffee I wanted and there were a million choices most of which I had never heard of - so I pressed cappuccino. Next, small, medium or large. Did that, got my cup, put it in the right place, out came the coffee and then it told me to use my App. No idea what the machine was talking about so I went to the cashier and she told me to use my App to scan something. I explained I had no idea what she or the machine was talking about,  so I paid in cash (think around 2.50 pounds - bit more than the 10 pence I expected). What was it with all the Apps - they had invaded the country, everything was scanned or Apped or whatever - I think I was the only person paying in cash in every place we went to.

I stayed for three weeks. I spent time not only with my mum but my aunt and uncle, brother, sister and brother in law, cousins, friends and it was quite simply the best holiday I have ever had. The food was out of this world, all the things I cannot get here, and I managed to put on 10 pounds in weight! Rather than telling you all about it in words, here are just a few of the pictures I took over the three weeks.


I went through a whole range of emotions in England - not sad ones at all. It was so lovely to be with family and I had forgotten how much I loved them all. It was also interesting to compare life in England with my life in the DR, and rather than explaining it here, please do go to Janet Given's website and blog where I have done a guest post for her on how I felt. When you are on the site, do check out the other blog posts and the rest of the site ,as Janet is a well known writer and author and I know you will enjoy browsing. I came across her when I read her book At home on the Kazakh Steppe which is about her time in the Peace Corps when she did just what I did and gave it all up and ended up in Kazakhstan. Fabulous book and well worth a read!

In a few days (I promise) I will blog again to keep you up to date. In the meantime, here is Grumpy, the mangy boxer who turned up here a few months ago. Not mangy anymore! 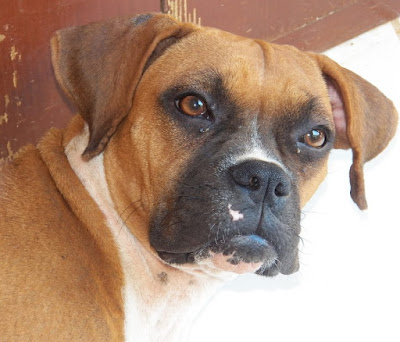 Email ThisBlogThis!Share to TwitterShare to FacebookShare to Pinterest
Labels: Cats and dogs and other animals, Dominican Language, Family life, Food