I had an American friend visiting over the weekend which was fabulous. We drove to Santiago airport to pick her up, where she was due to arrive on a plane from Punta Cana. They told her it would be a 19 seater – err Dominican exaggeration at its best. 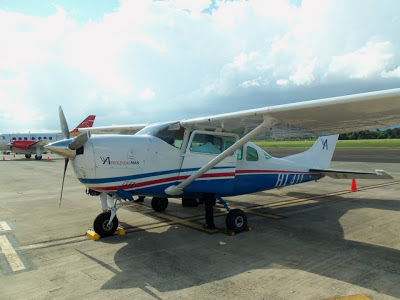 The loudspeaker system announced that the plane had landed at 3.15, right on time, so we went to Arrivals to wait. By 4.15 still no sign of her, and only one other person waiting at Arrivals, so we asked and a nice man said that domestic flights came into another terminal. Back to the car and we drove at top speed to the supposed other terminal, who told us it was only used for private planes and not domestic ones. Back in the car and back to general Arrivals. Nada. I then went to information and asked. No, said the lady, the plane hadn’t landed yet and I was silly to listen to the loud speaker as it was a recording. They had one for each day which announced when the planes landed according to the timetable, it had nothing whatsoever to do with when they actually landed. You have to laugh. She said they couldn't afford a live person to man the public announcement system. As I was speaking to her the control tower told her over the radio that the plane had now landed, so we shortly met up and all was well.
A fabulous weekend was had by all, and Chivirico was especially enthralled with his baseball glove and all the books and flash cards she bought him in English and Spanish. 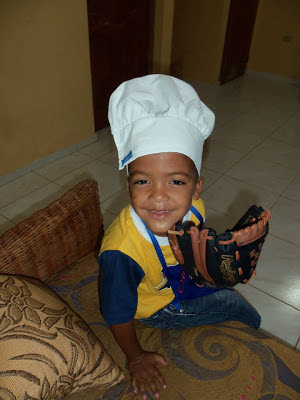 She left on Monday and my computer left for hospital and returned on Tuesday night. I had no idea what to do with myself so planted more seeds – courgettes, strawberries, squash, lettuce, cucumbers and more corn, and am eagerly awaiting their appearance.

I have had a few strange visitors at the gate this week. Firstly there was the electricity man. Husband went off to town to pay the bill and around 30 minutes later there was an electricity man at the gate with a clipboard. He said we had complained about the bill. I was bemused as I said we had no bill, but husband had gone to pay it. He said that yes, when husband saw bill he complained. The office rang him and so he was here to investigate. I was gobsmacked with the speed of the service, but couldn't tell him how much the bill was as husband wasn’t back yet. Not to worry, he said, I just had to tell him how many and what type of electrical items were in the house and he could estimate the bill. At that stage, Hector, who was also at the gate was looking very concerned as he knew that English women don’t lie. Luckily the man wouldn't come into the house as the dogs had their mean faces on.
I of course, didn't lie at all, I just had a touch of amnesia. I mentioned the washing machine, which he assumed was a posh American washer dryer, but it is a Dominican twin tub.

I mentioned the ‘small’ fridge and my laptop. I forgot the freezer and hot water heater. And when asked if we had a stereo system I could truthfully say no as we don’t – almost unheard of for a Dominican household. Hector looked very relieved, husband appeared and said he had complained as the bill was nearly US$100, and last month it was only US$50, so off they went to check the meter. No idea what the bill will end up being but I have now banned everyone from having hot showers apart from me.

The second visitor we had at the gate was a couple of days ago, from the Policlinic. It appears that this is like a General Practitioner’s surgery, and the lady on the motorbike was the doctor. They had heard we were new in the area and she came to register us. Asked about any illnesses, and told me that my blood pressure pills were free at the clinic. They have surgeries Monday to Friday 8 till 12 and everything is free including all medicines. They also do basic blood tests, TB tests and smears. She filled in a chart, and said she would keep a note of everything on my chart, asked me to go in to be weighed, have blood pressure checked etc. Again, totally amazing. I had no idea that sort of service exists here, but apparently it is common in the countryside. 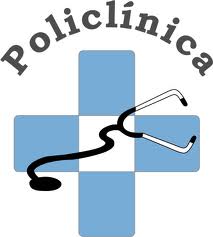 This week has also been busy with the Sanky investigation service we offer. The Sankies do not seem to realize that the Junta has a new system, and instead of marriages just being registered locally in a book in the local office, they are now kept centrally and computerised. 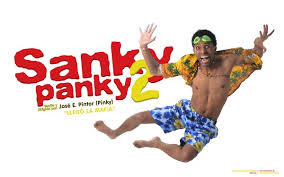 Previously they would marry a foreign lady who would return home and then should the relationship not work out, or should they not get a visa, then they would just marry another one. I have had two Sankies over the last month who proposed marriage to their foreign girlfriends, only for me to find out that they are already married to other foreign ladies and as those marriages are registered centrally with the Junta they cannot remarry until divorced. Pain caused in the short term to two lovely ladies, but saving much heartache in the long run.