I work on a freelance basis for a variety of clients. I do translation work, fact checking for DR travel guides, write articles for magazines, get copy marriage certificates for those who married in the DR and have lost their certificate, and I also work for some doing what I used to which is marketing.

My biggest client lives in the capital, Santo Domingo and whilst we communicate by email, Skype and phone, every few months we meet up for the weekend to work. We now have a system in that one time I go to him and the next he comes to me.

When I go and see him it is easy as he owns a luxury boutique hotel in the Colonial Zone which is not only a lovely place to stay, but it has everything we need such as internet and peace and quiet to work in. Obviously when it is his turn to come and see me it isn't quite as straightforward with my iffy internet and crazy house, so we decided to stay in an hotel, nearer to me than him. 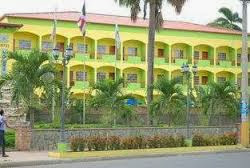 The hotel is five star and is also used to train hotel and catering students in a live setting. As my client runs a hotel and is fanatical about excellent customer service I checked that there were no events going on and that it would be nice and peaceful. They also guaranteed that they had excellent service. Lying sods.

I should have realized things would not go smoothly as driving to the hotel I had yet another puncture. This time on a road  where there is no phone signal and very little traffic. Usually when you have a puncture Dominicans will stop straight away, but not on this road as it is known for people pretending to break down and then robbing their rescuers at gun point. So, not a good place to have a puncture. Also I had an elderly lady in the car who I was giving a lift too. She fearlessly walked into the middle of the road and held up the traffic until a man on a motorbike and a man with a truck full of bananas stopped and helped us. 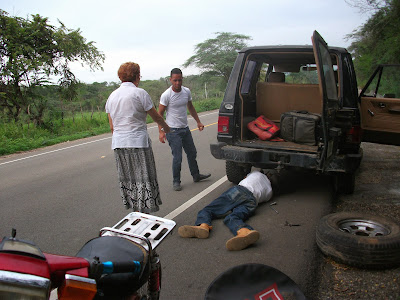 Off we went again and I dropped her off and went to wait at the bus station for the client. Suddenly Danilo turned up as someone had seen me from a passing bus when I was stranded trying to stop elderly lady from being run over in the middle of the road, called him and told him what had happened. He had left university, checked to see if I was at the hotel, and was checking at the bus station before driving up the road to see if I was still stranded and rescue me. You can’t do anything here without everyone knowing about it!

So eventually I picked up the client and we went to the hotel on the Thursday night and the area by the pool was full of students having their pictures taken for graduation. I queried why they hadn't mentioned that when I asked about events and was told that wasn't an event, it was photography. Every time the photographer took a picture his flash blew the hotel’s electricity and all the power went off. He took a lot of pictures and the power kept going off. Never mind, we got into the lift to go to our rooms – just as well we didn't need the second floor. 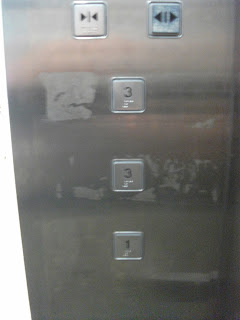 The client had no towels and his fridge didn't work – he needed it to keep medicines in. There was no hot water and worst of all there was no internet. Went to reception and complained and they said would fix it. They didn't until the following day and even then it kept going off. Thank goodness we both travelled with internet usb sticks.The fridge was never fixed nor was the water. Maybe they tried to fix the water as it went off totally for a day.

The next morning went down for breakfast and the buffet was remarkably uninspiring, so we asked for an omelette. No problem and what would we like in the omelette. Mushrooms and bacon the client said. Yes we can do that. My mouth was watering at the idea. The waitress then reappeared and said there was a problem. No mushrooms? Yes we have mushrooms. No bacon? Yes we have bacon. Oh my God, no eggs? Yes we have eggs. The problem was that the ‘free’ breakfast included in the room rate only included the buffet. The client thought the budget would stretch to two omelettes so that was fine. Until they arrived. They did have bacon and mushrooms – but they also had cheese, onions, tomatoes, potatoes. Client doesn't eat cheese ever nor onions for breakfast. He explained that he asked for a bacon and mushroom omelette. Waitress explained that an omelette was eggs plus everything else. No one would think an omelette was only eggs! The issue of being served with food you had not asked for continued. The chicken sandwich which the menu said had chicken and salad came with ham, cheese, slathered in mayonnaise and without the chicken. Having sent it back 3 times it eventually came out right.

We had planned to work by the pool but it was impossible as the photographer was still there – along with hundreds of graduates. 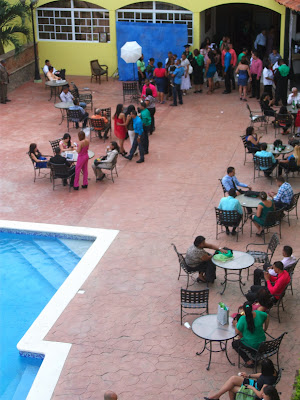 In the end the hotel gave us a meeting room but only for a few hours. Discussions with the manager proved useless – when the client wanted to swim but couldn't as there were so many people, she said that if you go to the beach there are a lot of people. He pointed out you didn't pay nearly RD$3,000 a day to go to the beach. She promised that the photographer would finish at 4 pm. He did. She didn't mention he would start again at 6 pm and go on most of the night. 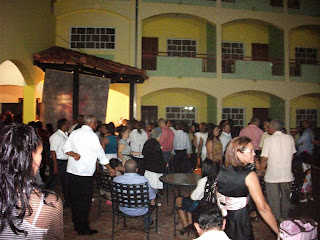 The following day we went back for breakfast again. The buffet table was empty. We enquired where the breakfast had gone and the waiter pointed to a table of 10 Dominicans. He explained that they had taken everything off the buffet table and put it on their table so they wouldn't have to keep walking  to the buffet. I asked what we could have for breakfast and he suggested instead of getting our breakfast from the buffet table, which had nothing on it, we just walked over to the table of Dominicans, leant over them and took it from there.

I assume you are getting the idea! The staff tried their best and some were quite good but the level of customer service from the management was appalling. The photographer had finished but on the Saturday a group of 50 students arrived. During the afternoon the manager and the marketing manager were singing off key and very loud karaoke in the restaurant. We couldn't eat lunch or dinner in the restaurant as the students were eating there and we were told it was private and to go and find somewhere else to eat. On our last night we were told to come back when the students had finished eating which should be around 8 pm. Goodness I should have realized that the students were more important than paying guests.

Never have I been so grateful to return to my little place in the mountains. Until I saw the barbecue.

Remember the plan to build a barbecue. Danilo wanted to have it finished by the time I returned but he had told me he had run out of materials. I didn't understand it until I saw it. 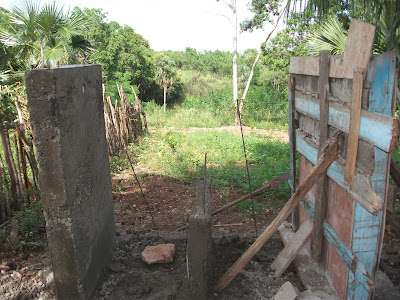 I think I will rent it out as a house when we are not cooking, or Hector can move into it. The hole where the spit will go is about 7 foot off the ground, so Danilo said he will build some concrete steps up to it so the person in charge of turning the spit can actually reach the spit. 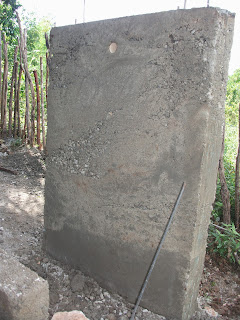 Anyway the barbecue should be finished this week all being well. Bet you can’t wait to see what it looks like when it is done.