The issues with technology continue - this time the internet. Remember the man came and made the aerial even taller and changed the system so that each computer was registered individually. And it made no difference at all? Well he came back again and decided the problem was the modem, so he changed that and reconfigured everything. Worked brilliantly for 2 days and then nothing. A call to him and he said that a tower had fallen down but it would be sorted by 2 pm. By then it was 2 minutes to 2. I asked if it would definitely be fixed by 2 pm and he guaranteed it. I then asked where he was. He said in his house. I asked where the tower was and he said 20 minutes away but that he was about to leave, so no idea how he was planning to get there and fix it in two minutes. Beam me up Escotty maybe? It was fixed by 4 pm, but is still iffy and Danilo's kindle won't connect at all so he is supposedly coming back here today. We will see.

We have an American visitor coming for a week in December and she wants to barbecue or grill as the Americans say. We don't have a barbecue so I asked Danilo to sort it. I was just thinking of a few bricks and a metal grill on the top. Something like this.

Unfortunately he has a different mindset to me and he was thinking of something like this: 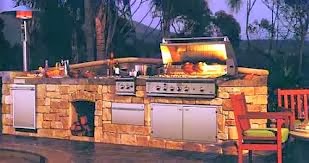 Not much of a difference really. Anyway a few discussions later, I think we are going to end up with something like this. 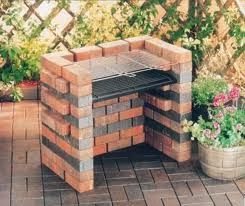 The metal bits are all being made including a spit to turn the pig on - if we ever barbecue a pig. However, he then decided that it would be nice if you could sit out in the garden near the barbecue, to eat. Hence we needed to build a park near the barbecue, modelled on the traditional Dominican parks which every town has in the centre. A bit like this. 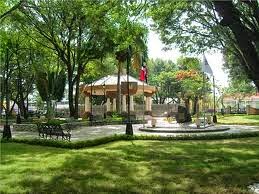 The essential components are trees, flowers, benches and I hope we don't need a bandstand in the middle. Chivirico said people eat ice cream in the parks so we need an ice cream shop next to it.

I was duly dispatched to buy cement, sand, gravel, metal bars (not sure what they are for) wood, a shark tooth saw and nails.
The cement comes in bags so that was easy enough - five bags. The sand and gravel are apparently sold by the metre and I was told how many metres to buy, however when I ordered them, the man said that here they don't sell in metres, they sell in wheelbarrows, so you say how many wheelbarrow loads you want, but there was no conversion from metres to wheelbarrows. He said they also sold by the lorry load, a full load, half load, quarter load but didn't know how big the lorry was! Anyway I approximated and bought a quarter of a lorry of gravel and half of sand.
The metal bars are sold by the quintal. In India and Albania, the quintal is equivalent to 100 kilogrammes.  In France it used to be 100 pounds but is now 100 kilogrammes. In Portugal a quintal is 128 pounds and in the Dominican Republic 100 pounds. I was told to buy a quarter of a quintal. The nails as well are sold by the pound - not by the number. Clear as mud really.


Anyway I bought it all and went home waiting for it to be delivered. As usual in the afternoons here the heavens opened so when the men arrived they had to wait for the rain to stop before they unloaded - or they would die I assume. 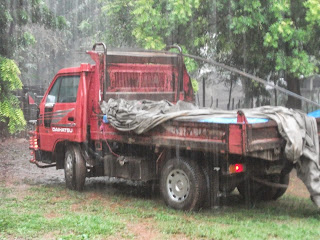 Eventually the rain slowed a bit and they unloaded the stuff 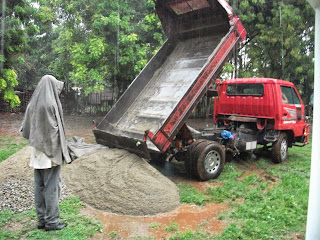 You will note that although the lorry was indeed lorry sized, its sides were only a few inches tall hence not a lot of sand nor gravel.

This was a few days ago and so far it is all still sitting in front of the house with no sign of barbecue nor park. The cats are happy as it is a litter tray made in heaven.