The gift of the old

This has been a sad week. I have a friend in Canada, married to a Dominican and they have a beautiful little girl. My friend’s mother died of cancer this week and whilst I was obviously very sad for her loss, I was thinking about what a shame it is that her daughter will grow up without her grandmother.
When I was a child I adored my grandmother – my mother’s mother. I continued to adore her all her life until she died, aged 99, in 2006 the day before Danilo and I had our marriage blessed in church in the UK. 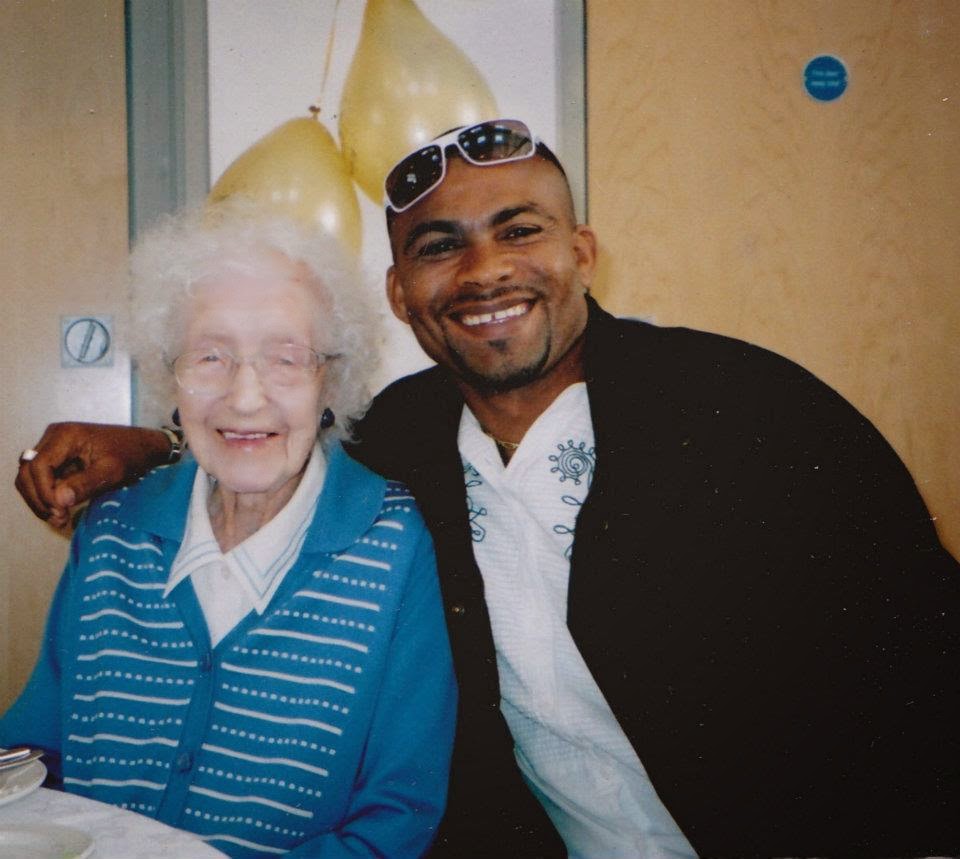 She used to let me win card games and board games so that I wouldn't be upset if I lost and I think about that now as I play card games with Chivirico. I don't have to let him win though, as he beats me anyway.

I used to call her every week, however when I was shot I tried to call her, but as my voice was no longer strong she couldn't hear me. No one wanted to tell her I had been shot and so I think she probably wondered why I was no longer calling her. At least I saw her the day before she died and she recognized me and knew I was there with her. 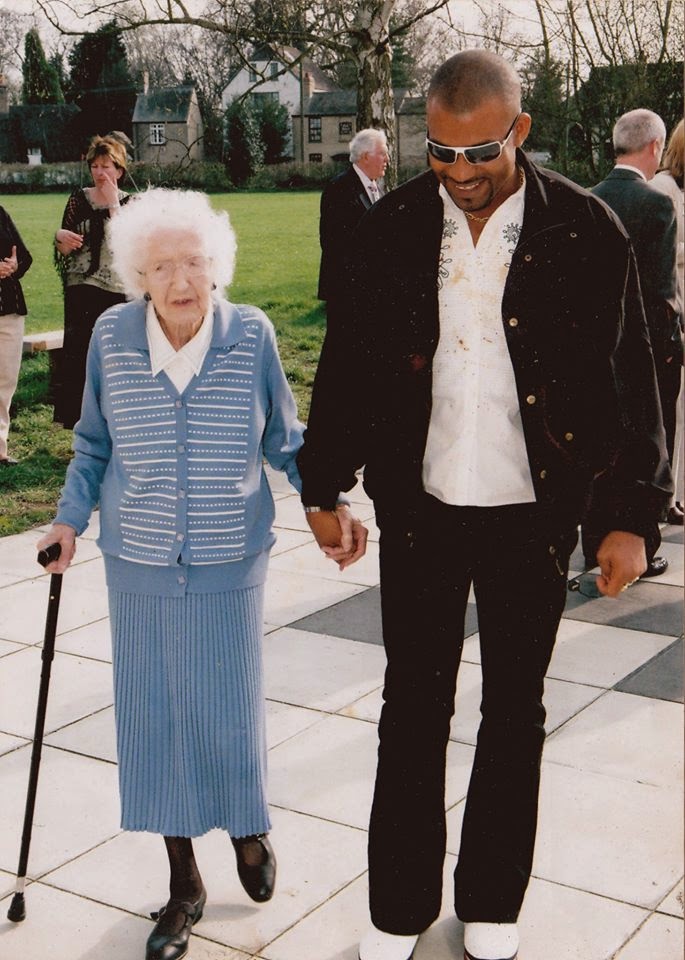 Danilo’s sons also spent fabulous holidays with their grandfather when he was alive, up in the mountains above Barahona. (Not sure they will thank me for this picture!) 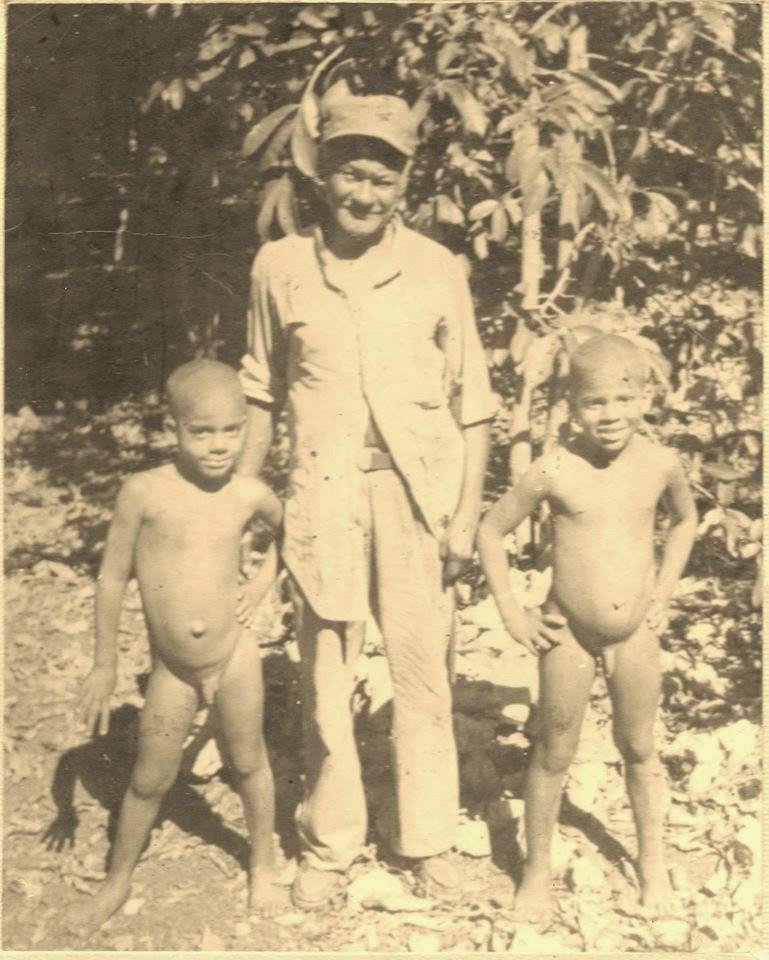 Behind me lives an old man, Feluche, with his son and daughter and their family. Feluche is 83 and his brother, who was in his 90's died last week. Feluche’s daughter was telling me that he is now the last surviving child out of 18 of them and was feeling depressed and very aware of his own mortality and refusing to eat.
I went to see him and asked him to do me a favour. Chivirico is with us for the summer holidays and I asked Feluche to teach him all about the country ways.  I can teach him maths and how to read and write but I cannot teach him all the things which Feluche knows. The medicinal properties of all the different plants here. How to look after and ride a horse. How to milk cows and goats. How to grow Dominican vegetables. To tell him about what it was like when he was growing up all those years ago.

The older generation has so much information, knowledge and wisdom to pass on, and often grandchildren do not take advantage of them. The relationship a grandchild has with his or her grandparents can be something very special. 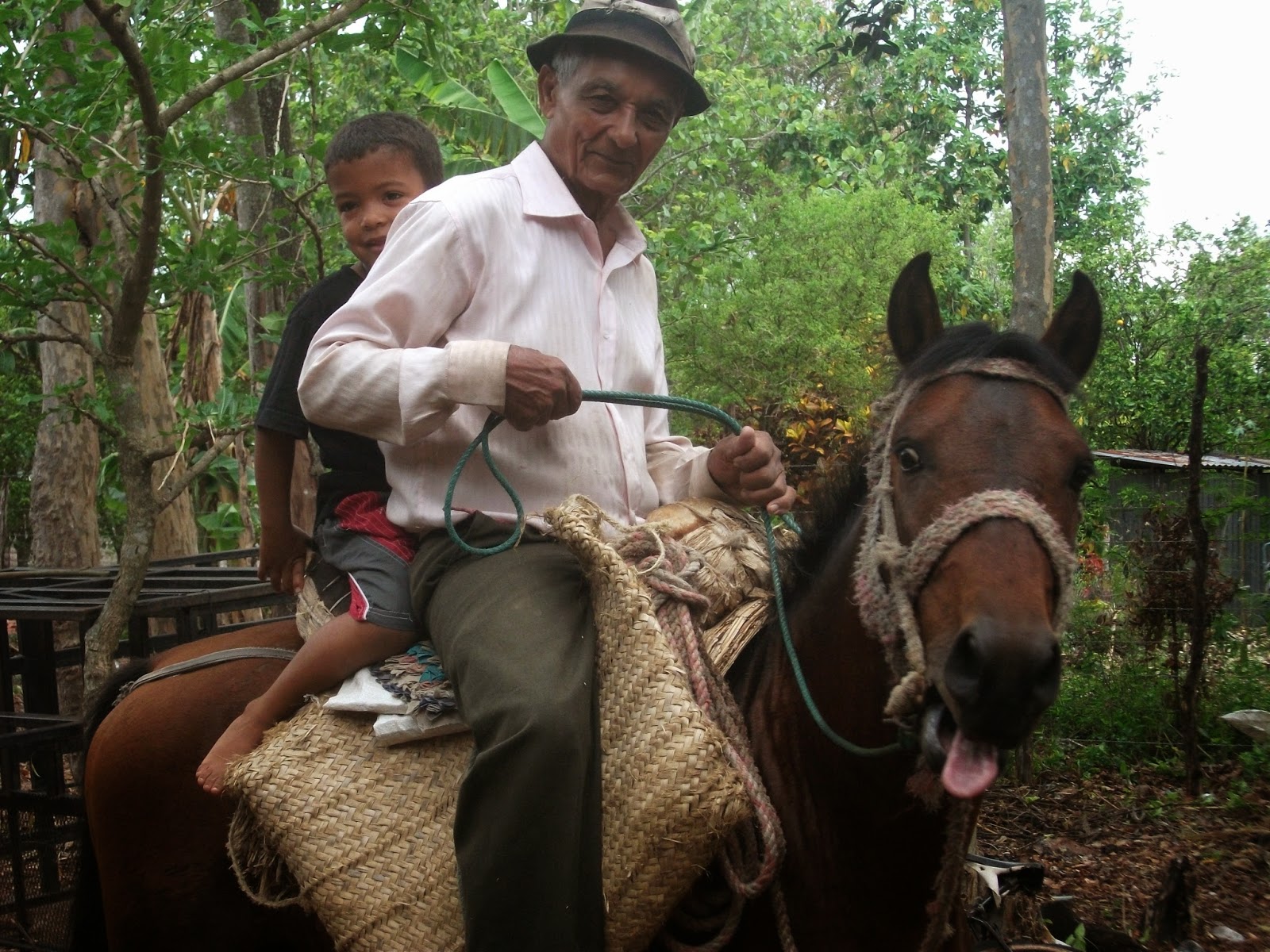 Every morning now, Chivirico rushes round to Feluche for his daily lesson. And Feluche is eating again.

On another note. Back to the chickens again. The ugly ones with no feathers on their necks are turning into monsters. Ugly monsters at that. Chivirico took one to be weighed on the scales at the local colmado and he was nine and a half pounds! 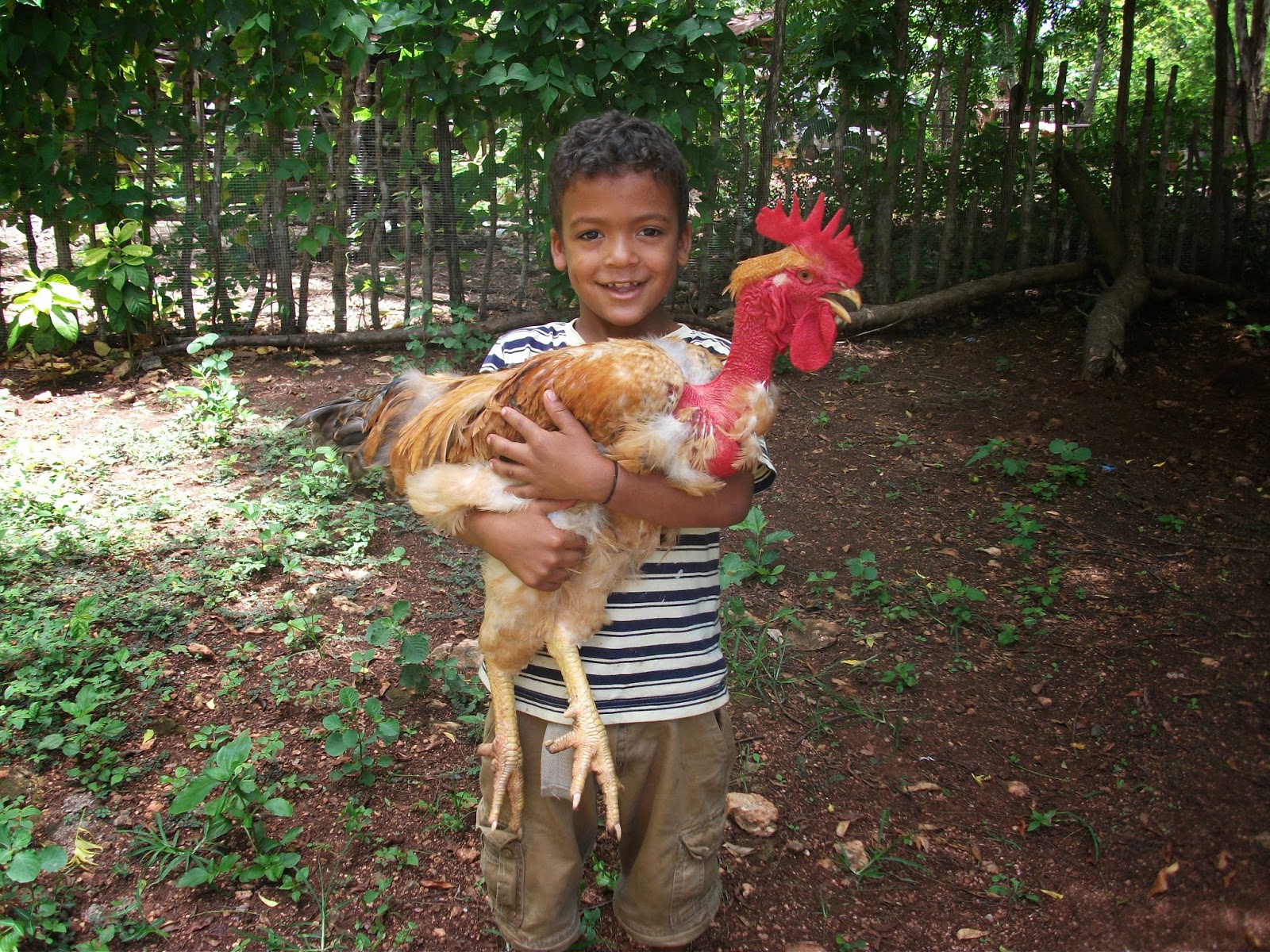 We have had another 15 chicks born as well. What with hens and chickens, cats and dogs there is a definite animal take over bid happening in this house. 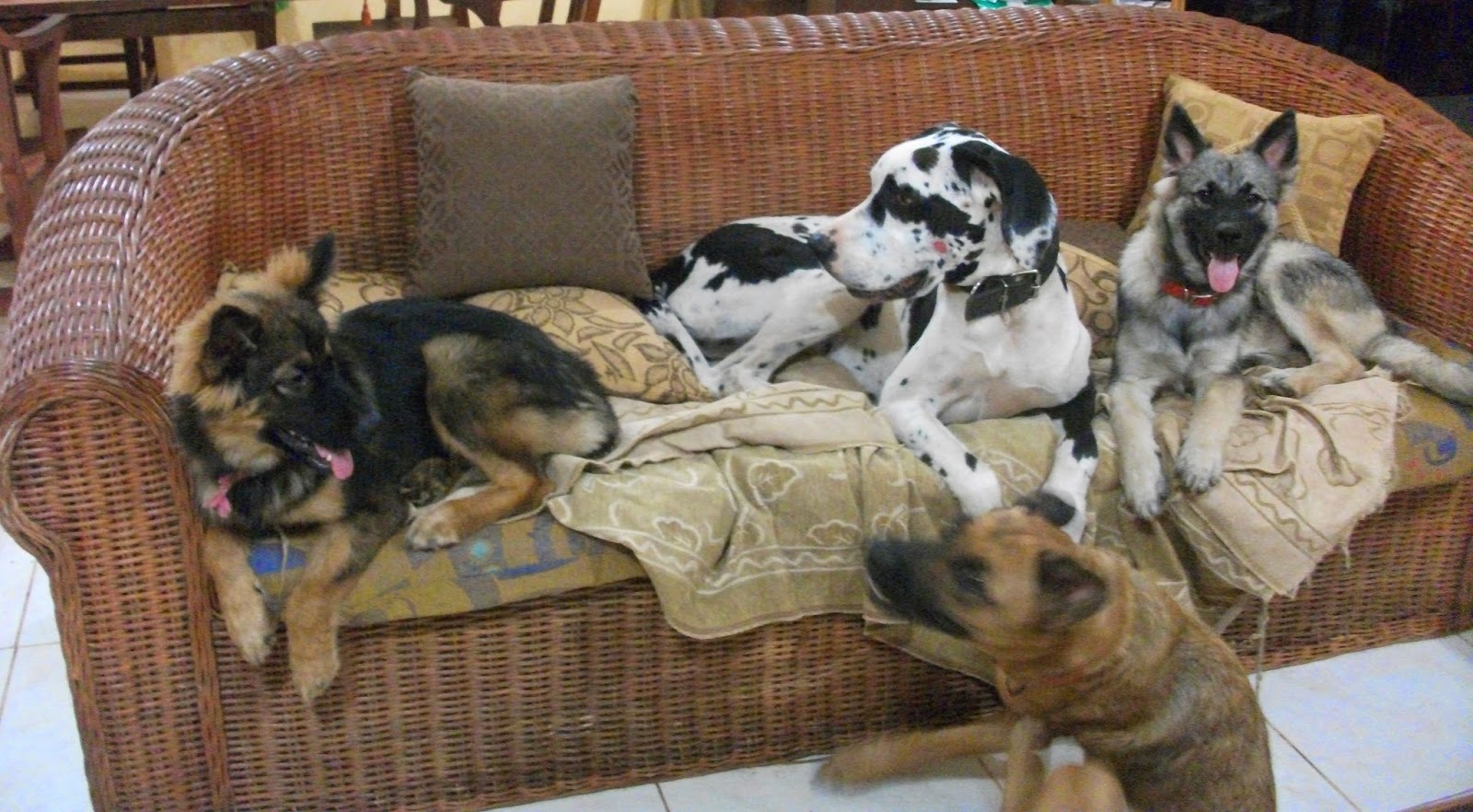 Still, the floor is quite comfortable.
Posted by Lindsay at 2:22 PM