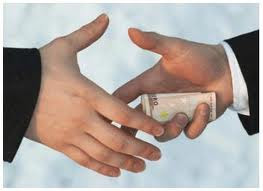 The Dominican Republic is a beautiful country with fabulous people. In many ways it is one of the best places in the world to live.  However the one major problem it has is the corruption.  The definition of a corrupt person is one who is willing to act dishonestly in return for money or personal gain, and various reports say that the DR is one of the most corrupt countries in the world.   Corruption in one form or another is endemic here, especially in business, government, the police and the judiciary.  If you want to be awarded a contract then sometimes bribes have to be paid. If you set up in competition to someone who has money, then you may find yourself having  visits from all sorts of people making your life difficult.  I remember one night being in a bar which had a live band, when a truck load of police with machine guns walked in, and took away all of the music equipment saying they were playing too loudly. A rival bar had paid the police. The police are paid so poorly that they have an incentive to make easy money. If you are stopped by the police for doing something wrong, sometimes you can pay them to save paying a bigger fine. On the other hand the police will stop you and say you were doing something wrong when you weren't and make you pay. A foreigner hit and killed a Haitian woman crossing the road.  He offered her family money to pay for the funeral. Seeing as he was a foreigner, they thought they could make more money from him and refused his offer, saying they wanted to involve  the police. He did so and negotiated with the police, paying them the money he had offered to the family, which the police then kept and the family received nothing. 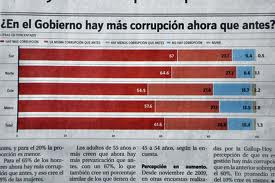 The whole legal system is especially corrupt. When I was shot, having admitted shooting me, the perpetrators were in jail awaiting their first court appearance. One had a Canadian girlfriend who paid US$1000 to the judiciary and they were released. A few months later they murdered a Canadian man, were sentenced to 30 years in jail, and were released a year later having paid 14,000 pesos.

An English man bought marijuana from a Dominican 'friend', who even showed him where best to hide it in the house, as it is illegal here.  Possession brings long jail sentences. The next day the police turned up, went straight to where the stash was and the Englishman was arrested. As well as taking him away they took his car, computers, telephones, videos, DVD players etc. The following day he paid 250,000 pesos, around USS10,000 at that time, and he and all his possessions were released.  Several foreigners are not as lucky and are languishing in jail for trying to take drugs out of the country, even though they have paid millions of pesos to corrupt lawyers with a promise of obtaining their release.

There appears to be little transparency at the local government level. Funds come in and no one seems to have any idea where the money has been spent.  The mayor of Cabarete on the north coast is currently being investigated over a failure to produce financial reports.

Unfortunately the corruption is not only financial. People have been murdered for supposedly getting in the way of illegal activities, or being in possession of information which could cause legal or financial difficulties for someone. It appears that those with money can live above the law by simply disposing of any threats and paying their way out of any problems. 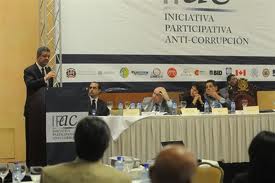 There are signs that some things are changing and it is not as though the corruption is not talked about or swept under the carpet. The vast majority of the citizens abhor it.  The President, Leonel Fernandez said that 2011 would be the year of transparency and there are all sorts of departments to combat corruption, with cases of corruption  reported daily in the national press. The Chief of Police has promised to investigate all cases of police corruption and only last week 20 officers were dismissed. 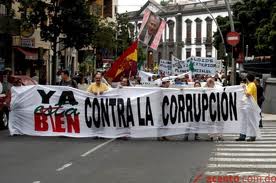 As Heinz Meder says in the forward to his book, 'Tales of a Caribbean Isle', The Dominican Republic is "... a world of corruption, human abuse, of poverty... no motivation... the rich getting richer and the poor going nowhere..."  I really hope that one day corruption will be eradicated, which would go a long way to improving the lives of thousands, ensuring that the law really is upheld, improve confidence in law enforcement and make this country an even better place to live.