Chivirico goes to the mountains

Everything was ready to go to Barahona for the weekend and at the last minute we had a phone call to say the trip was off. I can't say I was surprised as I have got used to the fact that until something is actually happening here, you can never be sure it will happen.

So instead we decided to go the mountains to look for a house to move to, and as we were leaving who should come along but Chivirico who announced he was coming too, and seeing as he would be coming to stay every weekend he should be involved in the decision as to where to live.

He fell in love with the first house we saw. Here he is on the balcony. 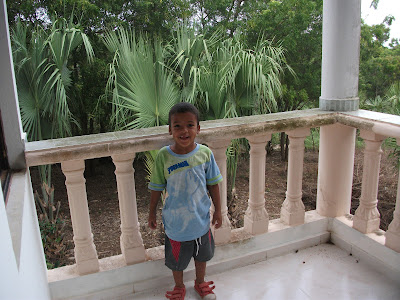 In the room he decided would be his bedroom. 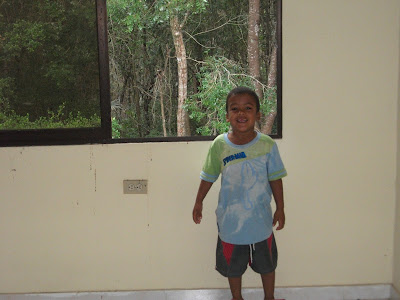 And one of the bathrooms has been built under the stairs so only someone of Chivirico's size can fit under the shower. He naturally announced that this was his bathroom and was delighted to have his very own shower which no one else will be able to use. Well not standing up anyway. 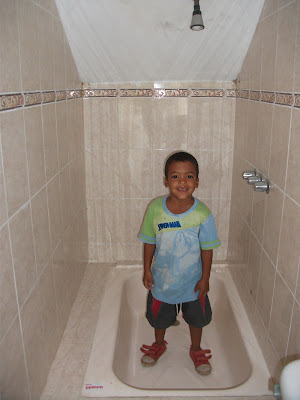 We walked around checking out the house and Chivirico disappeared to do what only boys do. Collecting snails. By the time I discovered him his T shirt was totally filthy, but he was one happy bunny with around 25 snails which then had to be transported back to barrio land. I have no idea what has happened to them. 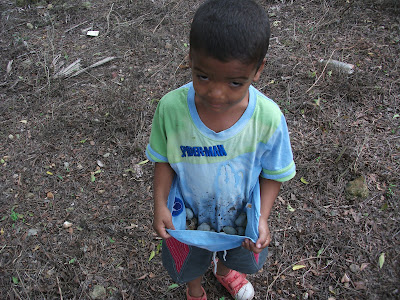 The next stop was to buy a new T shirt and then we had to go to a furniture shop so that Chivirico could pick out the bed he wanted. We then went off to explore the area ending up at a local dam, part of which seemed a tad low on water, and I thought it had been raining a lot. 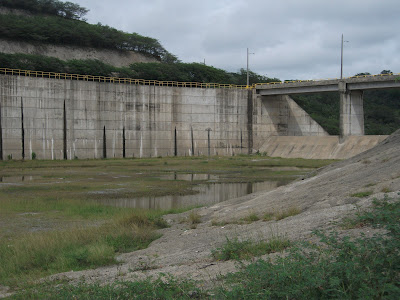 We did find some water and husband threatened to throw Chivirico in. 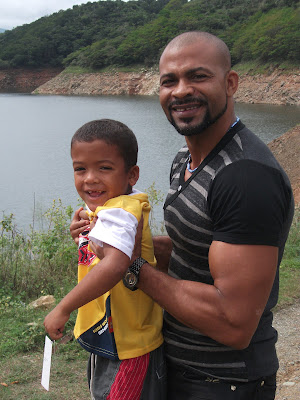 Final stop was for lunch. Goat for us and chicken, rice, beans and pop for Chvirico. I think we could do with lessons in table manners as the main objective seems to be to shovel as much into mouth as possible at any one time. 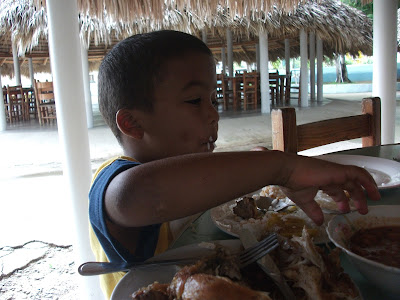 With the occasional break for a drink. 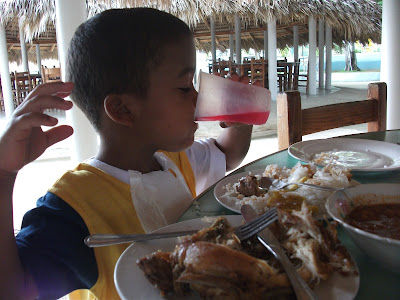 And with all of us full of food and the car full of snails it was time for a return to barrio land.
Posted by Lindsay at 9:08 AM