Chivirico and the school uniforms - Part 2

We delivered the uniforms on Monday at 8 in the morning and the children were milling around waiting for the Head to arrive. 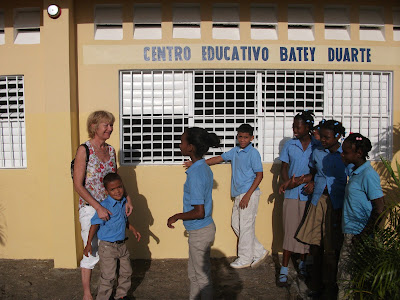 There were some kids there who don't have a uniform but had tried their best with what they had. These two both received a new uniform so that they could go to school now. 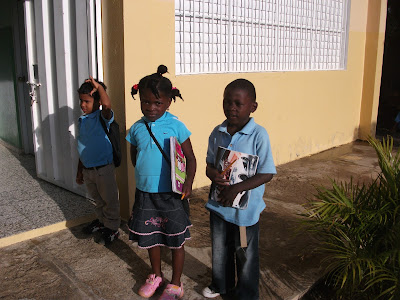 Firstly we had to join in morning prayers, watch the Dominican flag being raised and sing the National Anthem. 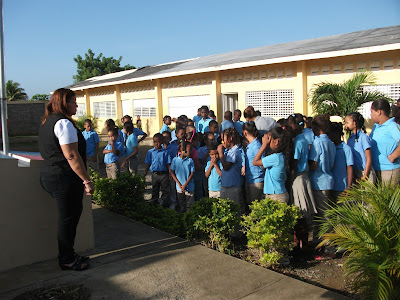 Then it was off to each class to hand out the uniforms. 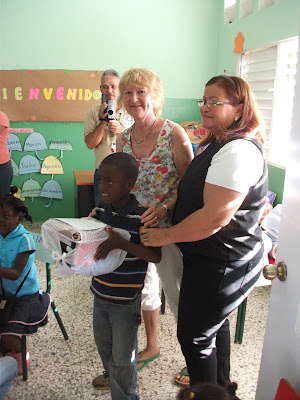 The lady next to me is the head mistress. 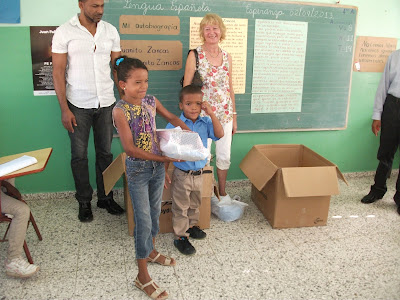 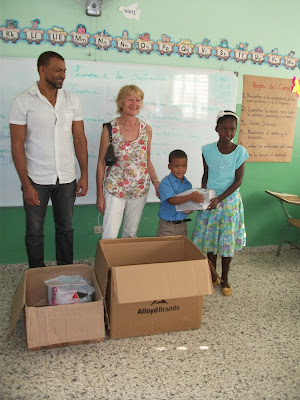 All in all a very successful day and 50 children can now attend school, thanks to the generosity of those members of Chivirico's facebook group. The whole event was videoed and shown on local television. I tried to download the video onto my computer but it wouldn't work for some reason so I played it on the television and used the computer webcam to film it and then downloaded it onto You tube. You can see it here although the quality isn't the best! In case it doesn't work on here you can click here and go to You tube.