The big day for Dominicans at Christmas is Christmas Eve. Alberto came over to join us and Danilo cooked as he does every Christmas Eve. The day before, my friend Shirley had arrived so there were the four of us for a dinner of barbecued beef, rice and of course the peas from the garden cooked with coconut milk. It was delicious and Danilo made sure he had enough. 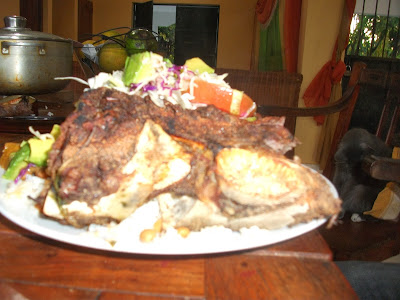 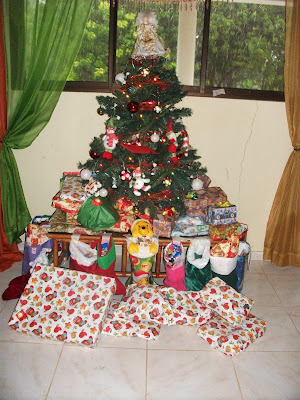 And the turkey sat in the fridge, waiting for a traditional British Christmas lunch. 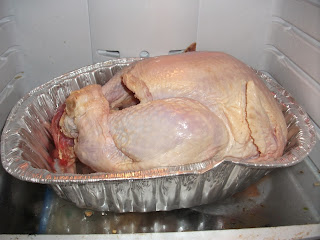 Chivirico was due to arrive at 8 am but when I called his aunt Ana she said they were just leaving and eventually they arrived at 10 ish. There followed a fabulous 2 hours of opening presents, mostly provided by his Facebook fans and Tracy, the American lady who was here the week before. He loved everything. There are far too many pictures to post here, so here are a few but if you want to see more they are on his Facebook page here. Here he is opening a Spanish/English learning child's computer. Every morning now I log onto my computer saying I have to work, and he does the same. 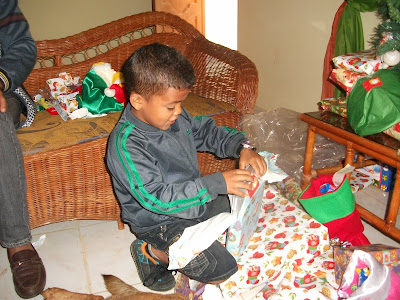 A Lego fire station here. Lego has changed since I was a child, far more complicated but brilliant. The only problem was that Belinda the Great Dane kept stealing and eating bits so we had to go and investigate her poo to try and find the front tyre from the ambulance. We found it! 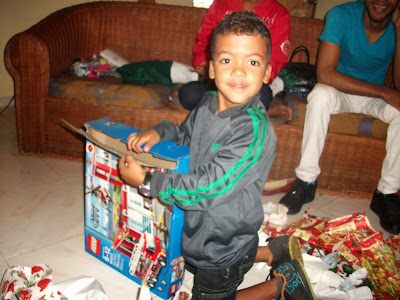 He was given a full cowboy outfit - only thing missing is the horse. 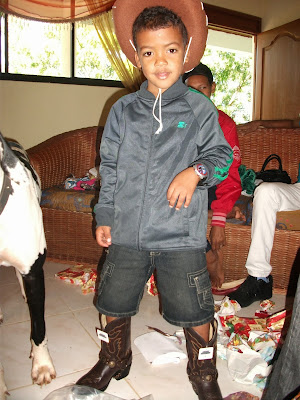 Boxing gloves. Danilo was given some too so everyday they have boxing matches. Only problem is that Chivirico being that much smaller is at the right level to deliver a left hook to Danilo's "bits". 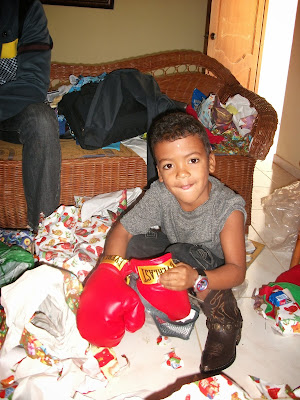 And a doctor's outfit. 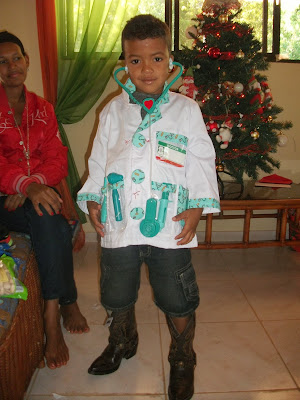 Lunch was fabulous and we even had sprouts which, I discovered, Dominicans don't like. The turkey had a fabulous flavour, although I discovered the following day that I had left the giblets inside in their plastic bag. They were nestled behind the stuffing. Maybe that is why it tasted so good! 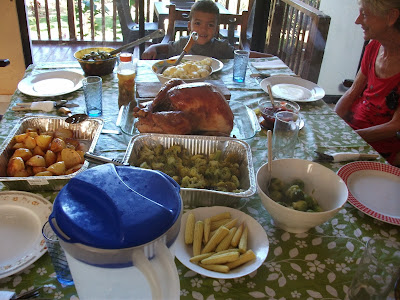 Puppies are growing fast and I am now trying to find homes for them. They are 4 weeks old now and should be ready to go in another month. They are eating well and getting fatter and fatter and noisier as well. 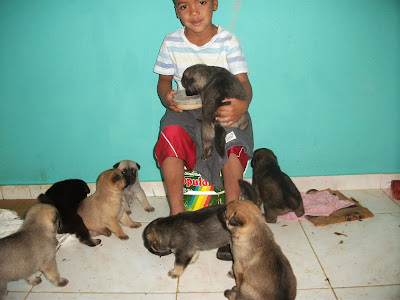 Danilo is not here at the moment. He has gone to get the chickens. Yes the hen house is finished. Does it look like my picture? Next blog all will be revealed.
Posted by Lindsay at 11:54 AM