U is for UASD


My 'U' in the A-Z of the Dominican Republic is for UASD, pronounced 'Wass' which stands for the Universidad Autónoma de Santo Domingo (Autonomous University of Santo Domingo). It is the public university here in the Dominican Republic with its flagship campus in Santo Domingo, the capital and with regional campuses in Puerto Plata, San Juan de la Maguana, La Vega , Hato Mayor, Nagua, Santiago Rodriguez, Higüey, Barahona, Santiago, Mao and San Francisco de Macoris. 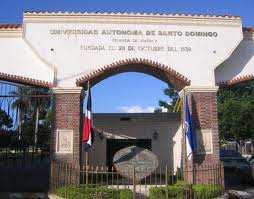 It was first called Santo Tomas Aquino University, and was established in October, 1538, and is the oldest university in the Americas. Originally a seminary that had been operating since 1518, Pope Paul III gave the mandate to upgrade it to a University. At that stage it had four schools; Medicine, Law, Theology and the Arts.


Since then it has closed a few times, and then reopened.  Firstly in 1801 due to the Haitian occupation of the country, and was reopened in 1815, when the DR returned to the Spanish. It closed again in 1822 as the students were recruited to military service on the order of the Haitians governing the country again. When the DR became independent in 1844, there was once again the will to restore the university although it took a while and in 1866 the university was replaced with the Professional Institute of Santo Domingo. It closed again in 1891 to 1895 and in November 1914 was renamed the University of Santo Domingo. It shut its doors yet again in 1916 to 1924, due to the United States occupation of the DR and during the 31 years of Rafael Trujillo it struggled with even the most basic freedoms. After the death of Trujillo in 1961 it was granted autonomy.  By tradition, an “autonomous” university in Latin America is one that provides protection and sanctuary for political dissidents by excluding the police and the military from campus. Even today neither the police nor military have any jurisdiction on the premises. 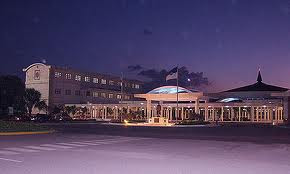 Nowadays there are eight schools:  Humanities, the Arts, Law and Political Science, Health Sciences, Economics and Social Sciences, Science, Engineering and Architecture, and Agricultural Sciences. It has the highest enrollment of students in universities in the DR, currently running at around 170,000, probably because the cost of enrolling and studying is minimal as it is heavily subsidized by the state. This is a major increase over 1995 when there were some 65,000 students. 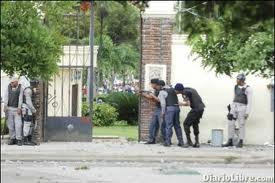 Very unfortunately, what was once a centre for learning and debate has lost its way somewhat, due in part to the lack of calibre of professors with some leaving academia for other sectors of the economy, where they will receive higher salaries. Others emigrated for economic reasons, but many of the best fled the country to escape political persecution under the repressive regime of Joaquín Balaguer, which ended in 1978.
In addition, the University is short of funding, and this has led to cutbacks in research, salaries, equipment and student services. This then leads to strikes by the faculty demanding higher wages and student protests for better services. 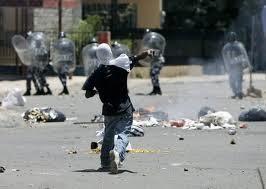 It is really sad as a public university should mean that anyone irrespective of their financial position has the ability to study and better themselves through education. Nowadays the fact that it is a public university is taken to mean incompetence, lack of productivity and the qualifications are said not to be worth the paper they are written on. Many students see it as a means just to gain the credentials to be able to have a better job and not as a place to really develop their abilities. 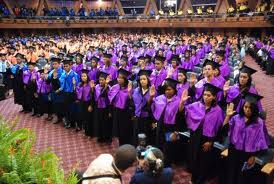 As the first university in the Americas it deserves better and so do the young people of the Dominican Republic who cannot afford to go to the private universities here.
Posted by Lindsay at 3:55 PM