Continuing my A-Z of the Dominican Republic V is for Viralata. This is pronounced Beeralata or Veeralata depending on which part of the country you come from. Dominican Spanish is confusing as the letter V is often pronounced as a B but not always. When I was learning Spanish someone would say what sounded like "Dondé tu bas?"meaning "Where are you going?" but actually written vas not bas. Very confusing when I wanted to look words up in the dictionary. B is known as B larga and V as B corta. Even some Dominicans get confused!

Viralata is made up of two words. Vira comes from the verb virar meaning to turn and lata means a tin or a can. Viralata means to turn over or tip over a can or tin and refers to street dogs who get into the oil drums used as rubbish bins and tip them over to get at whatever is inside. 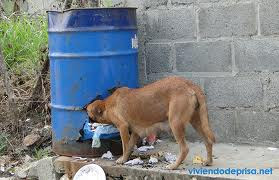 If the Dominican Republic were to have a national animal it would have to be the viralata. They are absolutely everywhere. It is estimated that in the capital, Santo Domingo, there are around 90,000 and even that could be a gross underestimate. These animals literally live on the street and look for food wherever they can find it. They are very intelligent and every food establishment and butcher will always have a group outside. It does not mean they all do not have homes, many do, but they are not allowed into the house and so spend their time lying on the road in front of the house. Often the so called owners cannot afford to feed them either. Most will have other viralata friends and they will play together and run around together and of course mate together, which increases the problem all of the time. 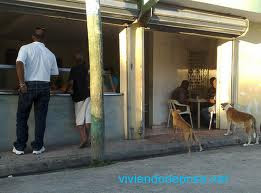 On the whole they are not aggressive, although I find it a little nerve wracking sometimes to have to walk through a big group of them, worried about being attacked or bitten as there is still rabies in the DR and of course viralatas are rarely vaccinated. Having said that I have never ever been attacked or even threatened by one. Some do have the nasty habit of chasing motor bikes and often get nasty kicks from drivers or passengers.  Some Dominicans, especially children, seem to take pleasure out of hitting them, or throwing rocks at them or abusing them in other ways. 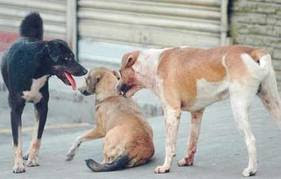 As far as I can see, there is no  nationally coordinated programme of seeing the viralatas as a problem and of trying to do something about it. In some towns however, when they do seem to be getting out of control, the local authorities will put down poison. I will never forget going to work one day as a diving instructor and seeing the beach littered with corpses of street dogs. Appalling and heartbreaking. 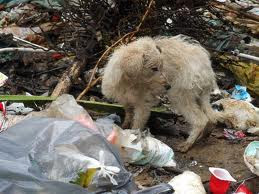 However, there are some institutions in different parts of the country who work very hard to capture, neuter and then release the dogs. One of them is called the Asociacíon de Amigos Por Los Animales de Sosua or the Association of the Friends of Animals in Sosua, and they operate a spay and neuter programme and a rescue programme for street dogs. You can see their website here. Many of the dogs now get adopted by people living overseas and they get whisked off to Canada or the US. Easier for a dog to get a visa than most Dominicans!  And I had a comment on my last blog posting telling me about Animal Balance who also do fabulous work sterilising and vaccinating the street dogs. Their website is here. 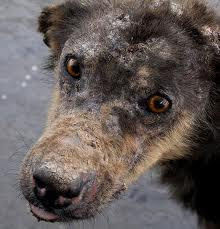 Viralatas are a massive issue in the DR. It is heartbreaking to see dogs being badly treated and suffering. For some reason, and I do not know why, Dominicans do not treat dogs in the same way as people from my culture. Dogs are not usually seen as pets nor allowed in the house. Many will not even touch them. I have a rescued English Mastiff and my stepchildren will never touch him, he even gets washed at arms length with a broom - he still enjoys his bath though! 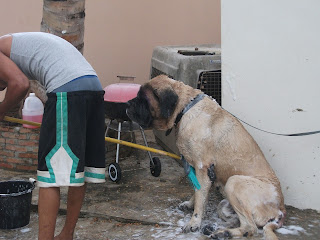 In order to solve the problem there needs to be education and a nationally government sponsored programme of spaying and neutering, rather than relying on a few organisations, who, while they do amazing work at a local level are only solving a tiny part of this national problem.
Posted by Lindsay at 11:43 AM

Email ThisBlogThis!Share to TwitterShare to FacebookShare to Pinterest
Labels: A-Z of the Dominican Republic, Cats and dogs and other animals