The swimming pool where no one swims

Yesterday was Chivirico's birthday so, having given him his cake we all went to the pool, as the beach is too far away. 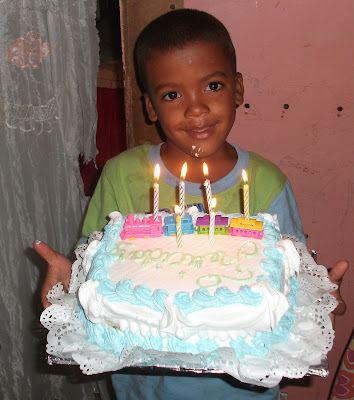 The pool is in Mao and is in a complex called Agua Azul, where they also have big bands on at night sometimes. It was 130 pesos each to get in, around US$3, but free for the under 5's. We told them that Chivirico was 4 but he kept proudly announcing it was his 6th birthday! They still let him in for free as we tried to shut him up. 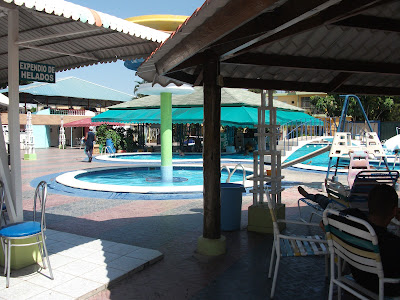 Having got inside the first thing you notice is the noise. There is a massive central bar in the middle, with seats on one side and the pool on the other. The music was deafening. Chivirico donned his googles and off he went to the kids pool. 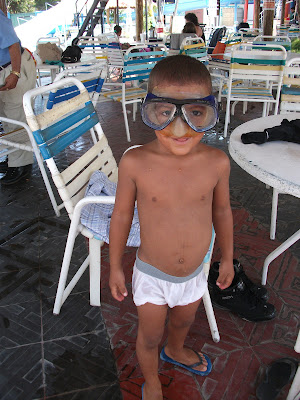 Meanwhile we organised the drinks and the hot dogs which were full of everything including corn. Never had corn in a hot dog before. It is interesting. 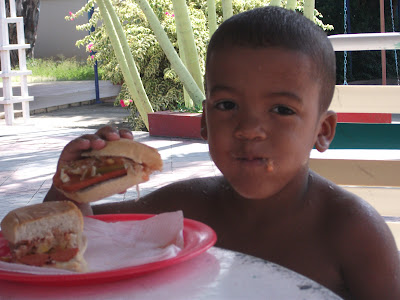 The pool has slides of various sizes all around, and the only rules written on signs were not to run, and that it was not wise to be at the bottom of the slide in the water when people were flying down them. There were no rules about bottles of beer or rum in the water, no rules about jumping in, diving in, flying in. Chivirico loved the slide, and went on various ones as often as he could. 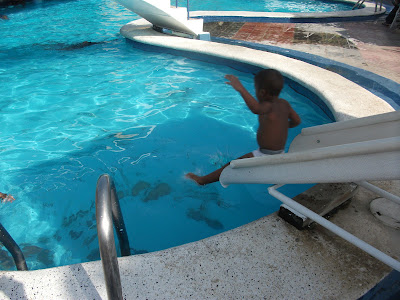 However, the water was too deep, and given he couldn't swim, my husband had to keep rescuing him. 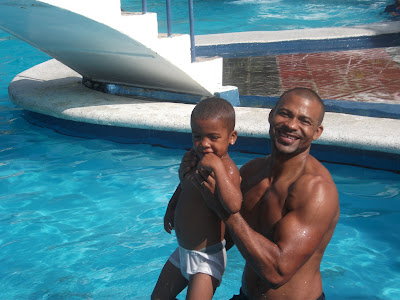 People were dancing around the pool as the afternoon wore on and it got busier and busier, and more and more alcohol was consumed.  Not one person was swimming in the swimming pool, everyone was standing, drinking, singing, laughing and having a great time. Chivirico showed me how to dance reggaeton. 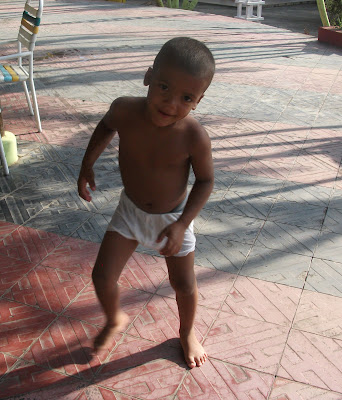 I went in for a swim, but it was impossible avoiding people dancing, or jumping or sliding down on top of you. The only thing to do was the same as everyone else. Stand in the water and drink. 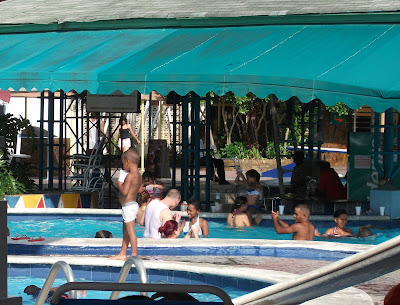 Chivirico couldn't swim, actually I don't think any one in the pool could, and he discovered that having a mask was one thing but a snorkel would help, as he seemed unable to keep his head above the water, and given that he didn't have one, he made one from two straws. I have no idea if it worked. 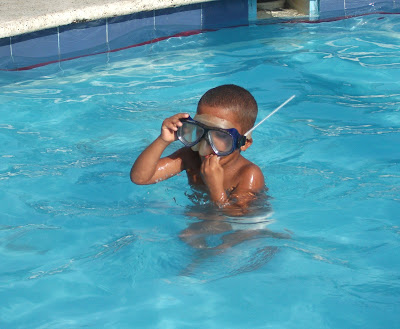 Finally it was time to come home, and I let Chivirico drive the jeep through the streets of the barrio. A few bruised chickens, and flattened verges and all arrived home safe and sound.

Dominicans know how to enjoy themselves more than any people I know. All you need is family, friends, water, alcohol and loud music. The stage is then set.
Posted by Lindsay at 6:13 PM