I first became aware of children being hit when I was living with my husband and his three young boys, aged 11, 9 and 6. 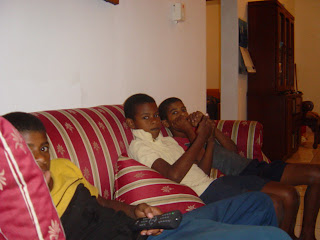 I can’t remember what Alberto, the middle one had done, but suddenly his father took his belt off and began to beat him. Everywhere, not just on the legs or his bottom. Alberto was screaming and cowering in the corner, shrieking “Papi no” over and over again. I yelled at him to stop and ran over managing to pull the belt away and stood in front of Alberto protecting him. I was furious, having never seen anything like that in my life. Yes I was smacked when I was a child, but never with a belt, always with hands and on the bottom or legs, not all over my body. 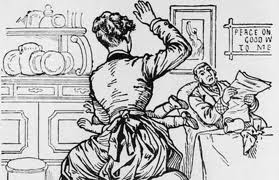 My husband told me that it was standard practice here in the DR to beat children with a belt when they were naughty, and it was the only way they would learn. That was very difficult for me as I did not want to interfere in his child rearing – he had had the children on his own most of their lives – but on the other hand I did not want to have to witness that type of event ever again. I told him that in the UK and USA children were put in ‘time out’ and he looked at me as if I was a raving nutter, explaining that these were Dominican children and they had to be taught in the Dominican way and sitting them on a chair in a corner in ‘time out’ would achieve nothing at all.  We agreed to disagree although he never hit them in front of me again. Having said that, sometimes he would disappear off with them on the scooter into the woods and when they returned the children would have red rimmed eyes and scuttle into their bedroom as soon as they had climbed gingerly off the bike.

Many people would visit us over the years and all would comment on the children’s delightful behaviour. They would never answer back, do everything when asked, lay the table, clear the dishes, wash them up, clean the garden – all without being asked to, and always with a smile on their faces. It made me wonder if maybe the Dominican child rearing methods had some sense.

Corporal punishment in the DR is unlawful in schools under the Education Act  and the Code for the System of Protection of the Fundamental Rights of Children and Adolescents. However it is not unlawful in the home, and almost all children are disciplined by being beaten at some stage in their lives.  From what I can tell it is more likely to be the father than the mother who does it, although several mothers do, and boys are more likely to be beaten than girls. 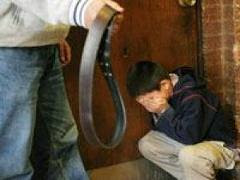 A few days ago I was sitting in the living room and there was a blood curdling scream from the street outside. The screams went on and on. I went out and saw a young Haitian boy lying in the dirt road being savagely beaten by the owner of the local colmado, the corner shop.  He was using some sort of vine, like a whip. People stood in the street and just watched as this young kid, probably around 7, screamed and screamed as he writhed on the ground, but was unable to protect himself from the beating. I went to run out and yell at the guy to stop, or to call the police, but was pulled back by one of my stepsons, who told me not to interfere. He said that the kid was a thief and had been stealing from the colmado. Now he wouldn't do it again.

Every evening I sit here, at my computer, listening to the sounds of the barrio. Cocks crowing (obviously have no idea when the sun rises as must be on Dominican time), music playing in the colmado, people chatting as they sit outside their houses on plastic chairs, the sound of dominoes being banged down on a wooden table, and every so often, not every night, the desperate screams for help from a child being beaten.  Cowering under the table, or behind a chair, or running barefoot along the street being chased by a furious father pulling his belt off his trousers as he runs, yelling at the child as to what he is going do to him. The father always catches them, and the kids just curl up into a ball in the gutter trying to protect themselves as they are mercilessly beaten. People watch, no one interferes, no one helps the child, no one asks the father to stop.

I know I shouldn't interfere however much I feel I want to.  It is not my country, nor my child, and maybe smacking children does them no harm. It is true that in my experience most Dominican children are probably better behaved that those from more developed countries. I cannot stop feeling guilty though every time I witness a child being beaten with a belt, or hear those heart rending screams, breathless sobbing and see normally happy faces screwed up in agony with tears coursing down their cheeks. Should I interfere next time?
Posted by Lindsay at 1:46 PM