All I want is sleep


Where we live in the campo it is a little community of around eight houses and huts. Everyone gets up with the sunrise and is tucked up in bed by nine at night. It is beautiful and quiet – usually. As well as those of us who live here permanently, there are two houses owned by rich Dominicans from nearby towns and they come for the occasional weekend to get away from it all.

Last night, one of these weekend visitors was in residence and it sounded like he had brought hundreds of people with him. He arrives maybe once every couple of months. The music was unbearable and when it got to one o'clock in the morning I gave up trying to sleep. I told Danilo to go and tell him to turn the music down as not only was it stopping me sleeping, the colmado man had been taken to hospital during the day with a suspected stroke, which ended up being a “sugar attack” so he is fine now, but his wife was on her own in the house and I knew she hated noise at night. Danilo asked what I wanted him to do and I replied that he had various options.
Option 1 was to  tell them it was a lack of respect for the community and please to turn the noise down. He said he couldn't do that as the man was a) rich and b) a lawyer. Plus that was the British way and it wouldn't work here.
Option 2 was to call the police. He said that was useless as there were no police here and  the man was a) rich and b) a lawyer.
Option 3 was to cut their electricity off. He said that was illegal.
He said I had not mentioned Option 4, which was the Dominican way. Intrigued I asked what that was. He said to throw stones and off he trotted in his dressing down, down the garden, with torch in hand whilst I lay in bed waiting. Five minutes later the music stopped. A miracle. When he came back, I asked him what he had said. Nothing apparently. The Dominican way to ask people to turn the music down, is to throw rocks into the garden or at the house! You do it from behind a bush so they can’t see it is you. Well it worked, and I was very grateful. Until 4.30 am.

The chicken house saga continues. Remember all I wanted was a couple of hens so that I could have fresh eggs and I ended up with 10 scraggy chicks and three guinea fowl. He realized that they weren't going to start laying any time soon, and so bought two more – a hen (which is apparently a pedigree hen, but he got it cheap for RD$150 pesos which is US$3) and a young cockerel, which he insisted you need for eggs. Well wonders will never cease and the next day we had an egg. 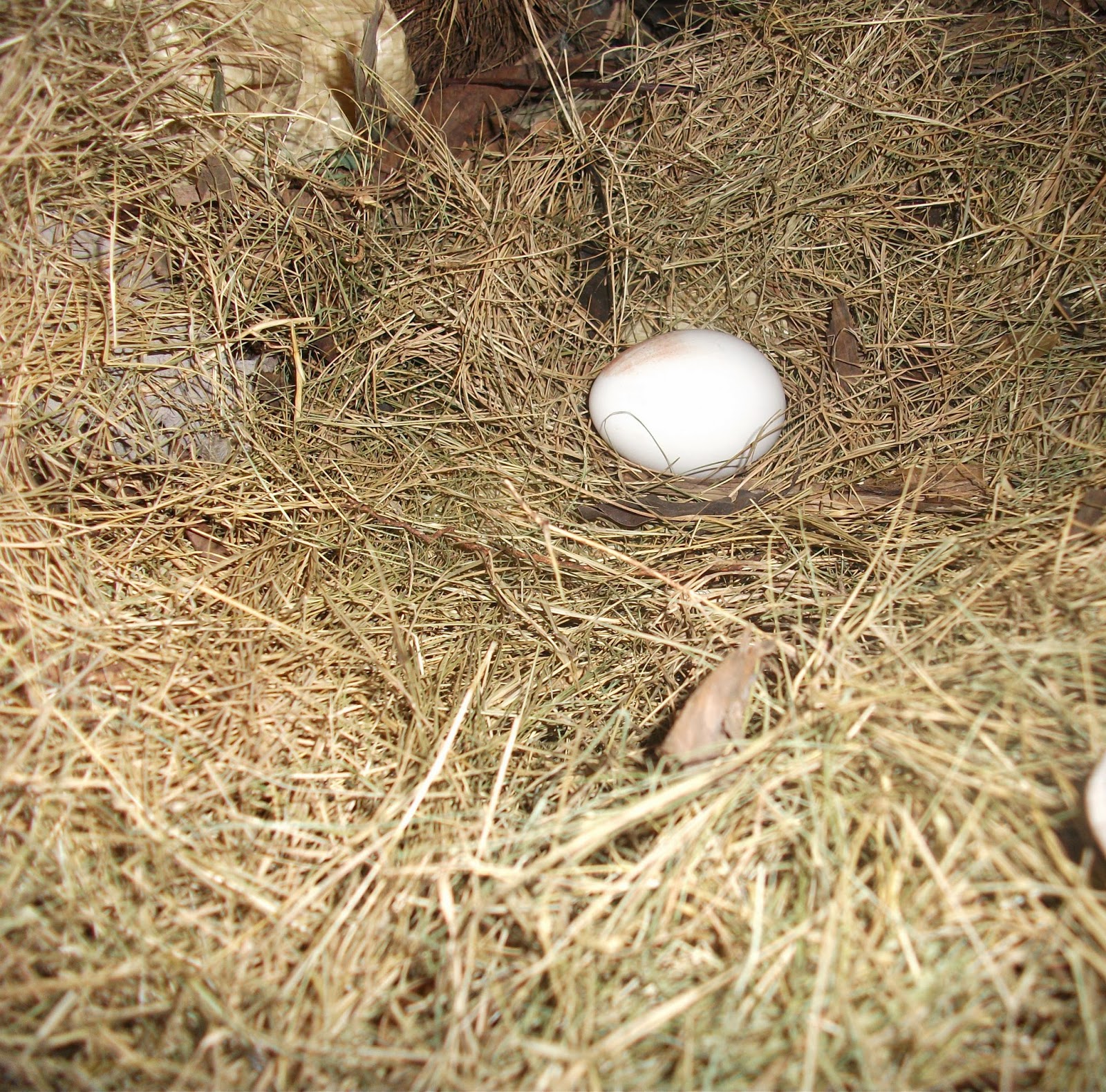 Unfortunately I was not allowed to eat it as apparently you have to leave it there or she won’t lay any more. The next day luckily there was another, but he told me I couldn't have that either as he thought it would be a good idea to have chicks. Being not impressed at all with this idea, I stole one of the eggs whilst he was out and had a fabulous poached egg on toast. 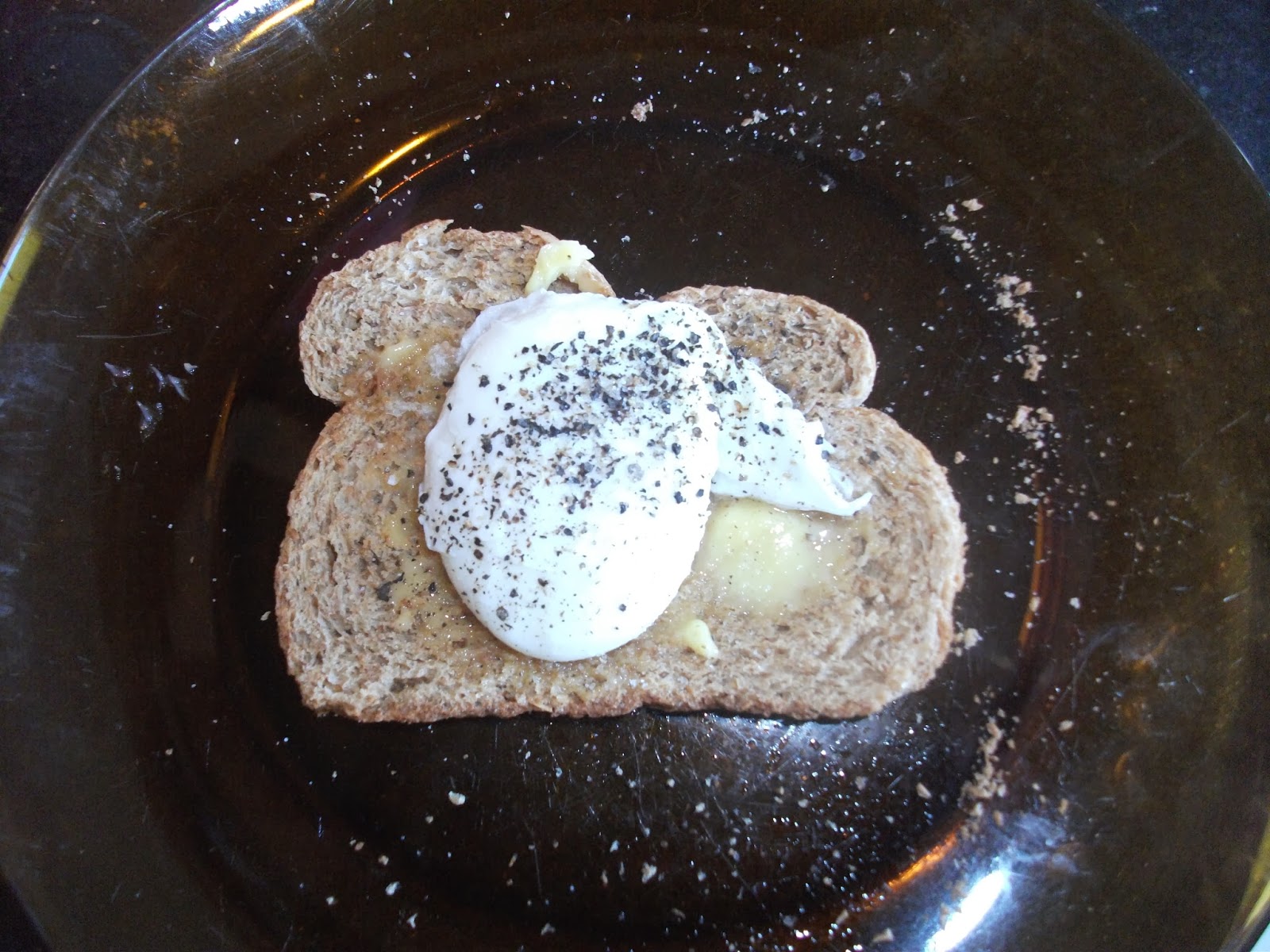 Each day I managed to sneak the eggs out but I think he is in cahoots with one of the cats who now sleeps in the egg basket on top of them. I wonder if they will hatch? 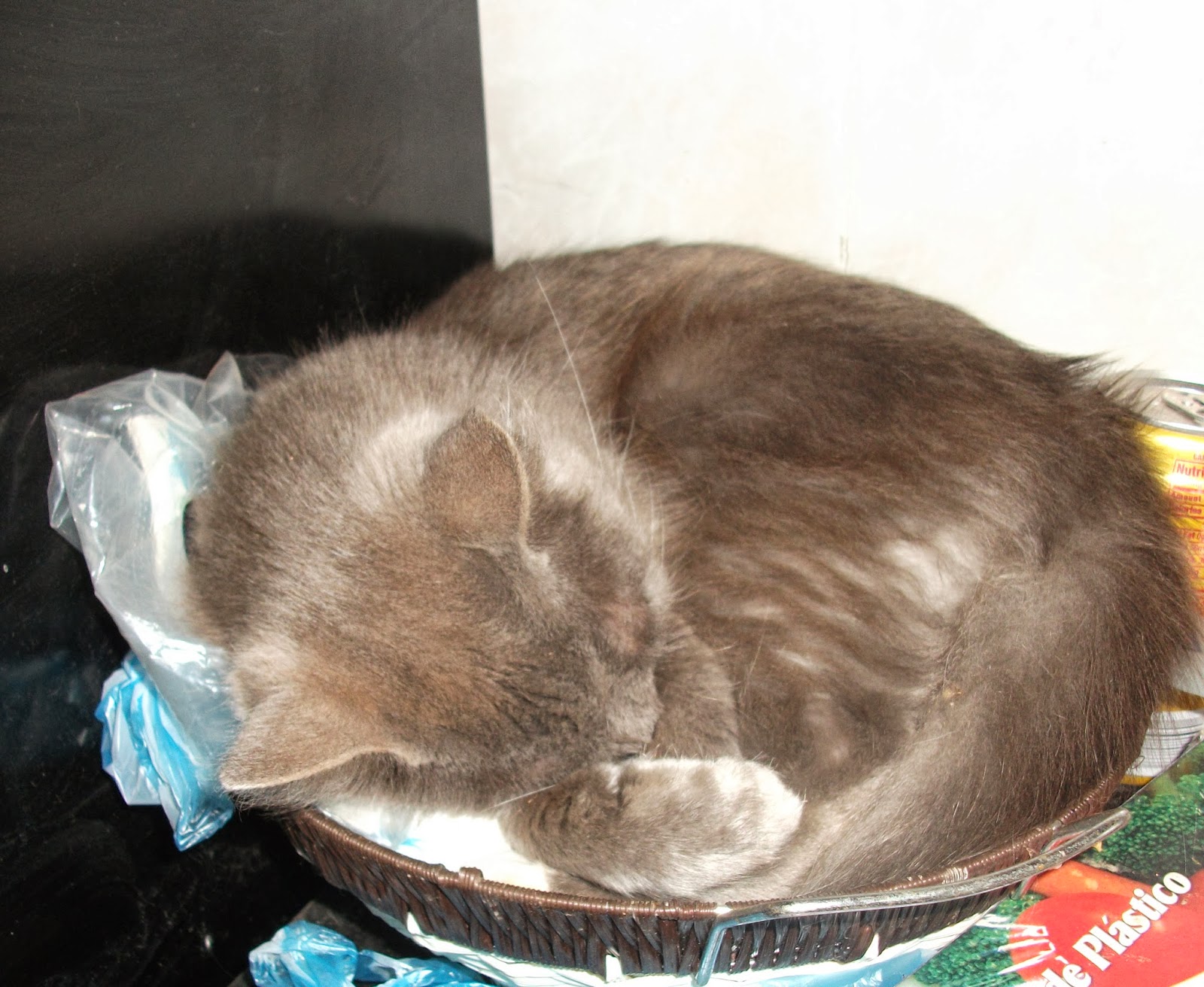 Then yesterday he turns up with two ducks and a cockerel. This is now getting out of hand. 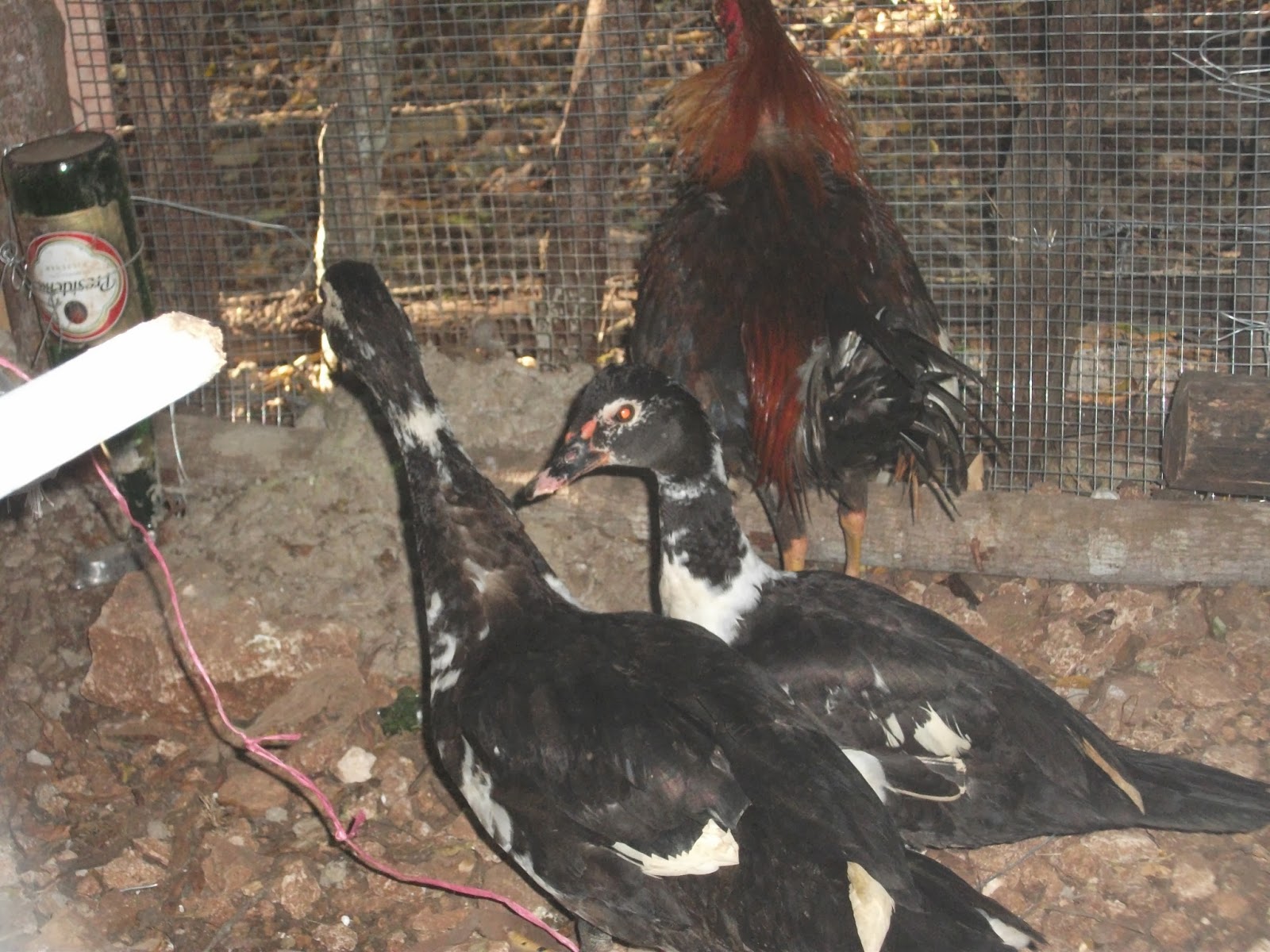 He told me he had to buy the cockerel as the one we had was too young to mate with the hen and the eggs we had were guinea fowl eggs so to get chicken eggs we needed an older cockerel. He assured me it was a non crowing variety. He lied.


It started at 4.30 this morning and hasn't stopped.

Now, with all of these birds, the hen house needs to be bigger and he has put in the sticks for where it is going to be. You can see the original hen house in the corner and the stick on the left is the edge of the new extended version which will encompass the water cistern, half of the gym, and the utility room sinks which he sorted eight months ago and which have never moved. Apparently the sinks are now going to be filled with water for the ducks so it doesn't look like they will ever make it into the utility room. 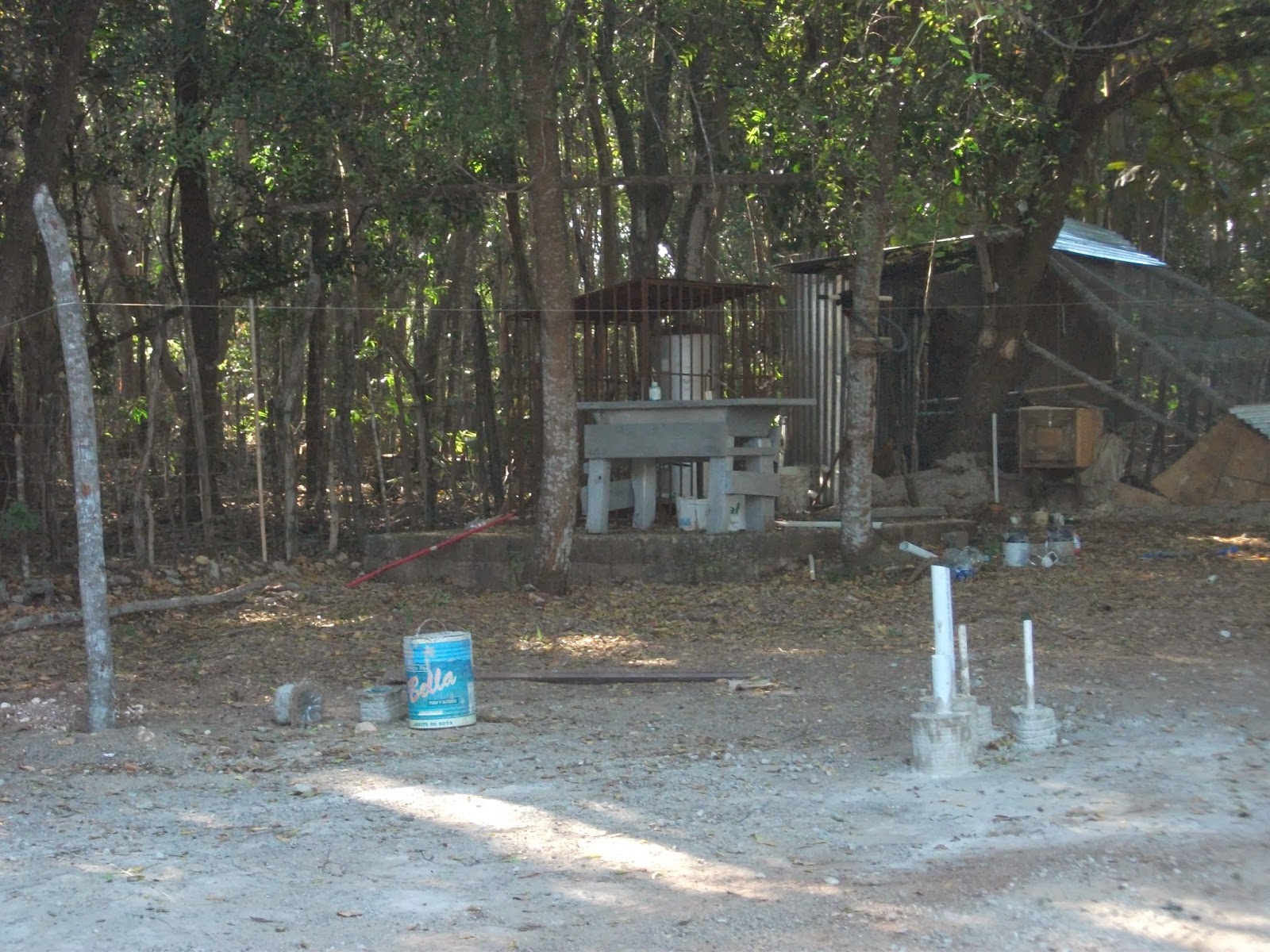 The sides of the new hen house will be covered with chicken wire and I asked about the roof. He told me it was under control but I persisted to understand exactly what form it would take. Eventually he explained it would be a lona, which is a large tarpaulin. Now these are not cheap and we are talking a big roof. He then said he had a cunning plan. This would be interesting. He went on to say that on the road up to our village there are lots of big signs for coming events such as discos and famous singers appearing at different locations. He said there was one for Anthony Santos in early January and as the date had passed he could just take the sign down – not the wooden frame, but the plastic sheeting it was written on. It was useless now as the date had passed. So the plan is that the chickens will have a roof of various posters announcing famous singers which he would stick together with taypee. I asked how he was going to do this and he explained that WE were going to go out in the night to get them. I was to be the getaway driver and he would take the sign down with his pincers.

Next blog will probably be from jail.