The chickens have arrived

So the hen house construction continues with the interior decor. First they have to have a ladder to get up to the ex wardrobe nesting box. 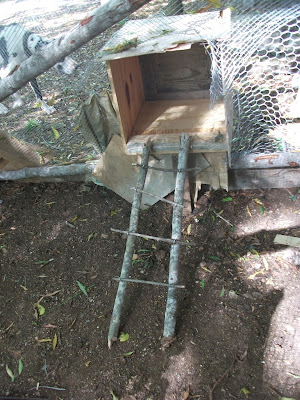 Then they need a bed. Apparently chickens sleep on sticks. I mean they roost in trees. I thought they just put their head under their wing but I am told they need a stick high up - so that is what they have. 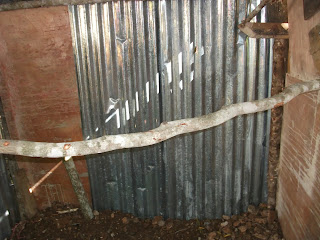 And today was the day that the hens finally arrived with all their vaccinations done. Now I have always had a problem with my imagination, dreaming what things would be like and they never meet my expectations. Those of you who have read the book will know this. This bad trait has not disappeared. When I think egg laying chickens I think this: 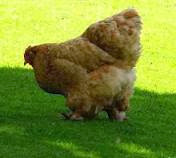 Instead when they arrived they are like this. There are ten of them. 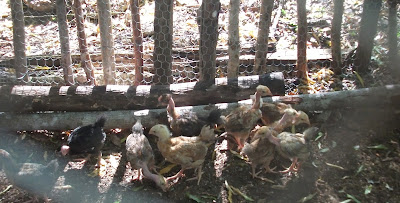 Scraggy, no feathers around their necks and doesn't look like any eggs tomorrow. Not yellow fluffy chicks not big fat hens. Now apparently nothing will happen for the next two months. They will stay like this. During this time they will eat lots from their space like feeder. 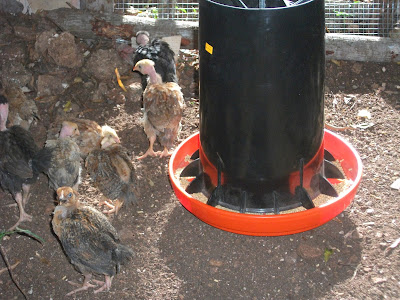 Then miraculously they will turn into proper chickens and lay eggs. I asked why they were bald and the man said they were Japanese chickens. That is a special breed which has no feathers around its neck. Anyone heard of this? I thought they just had some sort of mange. Are there such a thing as Japanese chickens? Also Danilo pointed out there were two males among my scraggy featherless chicks. Now to me male chickens mean roosters. Roosters mean noise at 5am. No, he says, Japanese roosters don't crow.

I don't know whether to laugh or cry. Watch this space for progress.

All I wanted was a fresh boiled egg!
Posted by Lindsay at 4:48 PM