When I first came to this country, I was amazed at the lack of fights. In England I was used to seeing brawls outside pubs on a Friday night, or violence at football matches, and being at the train station in London late at night was always a frightening experience. But in my 10 or so years here I have never seen a fight, which is amazing. However, that does not mean that the country is totally peaceful. Look at this advert which appeared the other day in an on line free classified ad website here in the Dominican Republic. I have translated it into English - so don't bother trying the email address as the original was in Spanish!


Place: Santo Domingo, Dominican Republic
Date: Thursday May 31 2012
If you have a problem and you feel helpless and do not want to sit around doing nothing.
There are moments in your life when you feel totally helpless and you want to get even with someone by killing them.

For a betrayal
The death of a loved one
For harassing or abusing someone
An unfaithful lover
A debt that you don’t want to or can’t pay
I will fix it for you. Just contact me. Don’t leave comments on this page.
Send me a email telling me what you are looking for.
hitmanfor hire@hotmail.com 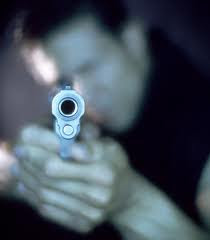 When you first see this you might be forgiven for thinking it is pretty far fetched. Unfortunately, although I have never seen an advert like this before, it is not unusual at all for Dominicans to take the law into their own hands and kill someone with whom they have a grievance or paying someone to do it for them. Many expats have lost their lives because they do not understand this. There have been those who have killed someone in a traffic accident, and even though it was not their fault, they have subsequently been murdered by other family members. People have even been killed for not paying redundancy pay or disagreements over land. In Santo Domingo last week, a man shot another who owed him money in a busy shopping mall. Also last week in Higuey, a money lender was shot on his porch. It happens all the time. Men will kill wives or girlfriends if they think they are unfaithful. I do not know where the custom comes from. Whether it is because there is no faith in the justice department or the police to catch criminals and punish them, or whether it is culturally ingrained. All I know is that in this country, if something happens which harms someone, financially or physically, whether it be your fault or not, the chances are that the family members will take revenge – or pay someone to do it for them. The golden rule is never to upset anyone, and if you do, try and work it out before they take their revenge - which is often pretty drastic.