X is for Xenophobia


For letter X of my A-Z of the Dominican Republic I am looking at  X for Xenophobia. Xenophobia comes from the Greek xenos meaning stranger or foreigner and phobos meaning fear, so literally it is a fear of foreigners. It is also defined as a deep rooted irrational hatred towards foreigners or people of other races. Why is this in my A-Z of the Dominican Republic? It is because some Dominicans are xenophobic towards Haitians, and various international communities and organisations such as the United Nations are often accusing the country and government of the DR of xenophobia towards Haitians by violating their human rights.

This will be a long post, as to understand why such xenophobia exists and in what forms, it it necessary to go back in time and examine the history between the two countries. And although Hispaniola is one island, we are talking of two countries, two nations, two different cultures, two different languages and two different backgrounds. It is like comparing the Chinese with the Americans, or the Russians with the British. Haiti and the Dominican Republic are much further apart in many ways than say Canada and the USA.

When Christopher Columbus arrived in 1492, he named the entire island La Isla Española and it wasn’t until 1697 that the Spanish formally ceded the western third of the island to the French, who were already there and developing it at full speed, by means of the Ryswick treaty.

From then on, the two countries began to follow totally different economic paths, which had far reaching effects or their future populations and economic, social and cultural development. What we now know as Haiti concentrated on sugar and became the most productive colony of the northern hemisphere. In order to achieve these massive levels of sugar production, the French imported huge numbers of African slaves. By 1790 there were more than half a million black slaves, and only 30,000 whites, and 27,000 freemen both black and mulatto. 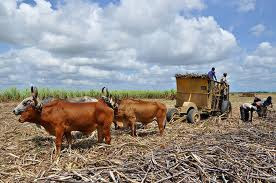 However, in what is now called the Dominican Republic, it was a very different story. The Spanish weren’t interested in sugar, so they didn’t import any large numbers of slaves. The population was much smaller than Haiti and practised subsistence farming along with only a small amount of sugar cultivation. So by 1790 in the DR there were 125,000 white Spanish landowners, 60,000 slaves and 25,000 black and mulatto freemen. The blacks were a minority and as the Spanish were encouraged to marry the freemen and also the slaves, the mulatto population grew. This was the demographic basis for the present population composition of Haiti and the DR. Haiti is genetically African, The Dominican Republic is genetically Spanish with some African and some like to think, Taino Indian bloodlines mixed in.

When the Haitian Revolution broke out in 1791, the white French fled the colony both during and after the revolt to escape the wrath of their slaves. Those few remaining were massacred, leaving Haiti as an almost totally black country with a relatively small number of mulattos. 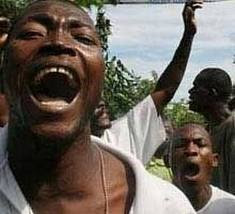 Following the revolution, in 1804, Haiti became the world’s first sovereign black republic and invaded what is now the Domincan Republic, leading to a twenty two year occupation during which the Haitian president, Jean Pierre Boye, tried to destroy the Hispanic culture by closing the university and tried to stop the influence of the Catholic church. These policies increased anti Haitian feeling in the country which eventually gained independence in 1844. This difference in racial make-up helped amplify and worsen Dominican-Haitian rivalry.

When Trujillo was elected President in the DR he described the Dominican Republic as Hispanic, Catholic and White and Haiti was Afro-French with a voodoo religion. He considered Haiti to be a threat and the antithesis of the DR and his fear of the influence of the Haitian culture led to the Parsley Massacre of 25,000 Haitians in the border area as I described in letter T for Trujillo.


After the 1937 massacre, Trujillo subjected the Dominican population to a constant barrage of anti-Haitian propaganda. Haiti and Haitians went from being good neighbours to becoming the scapegoats of Dominican society. By stimulating nationalism, Trujillo sought to distract the public opinion by focusing on a foreign enemy. No target was more convenient than Haiti, given the long history of animosity between the two countries and a whole generation of Dominicans was raised learning to dislike and distrust Haitians. Furthermore, antihaitianism allowed even the poorest of Dominicans to feel racially and culturally superior to Haitians.

Trujillo’s heir, Joaquim Balaguer continued the policy of xenophobia, instilling fear against Haitian imperialism and deepened the view that to be a Dominican is above all else not to be a Haitian. The Dominican definition of their identity as a people was based upon this. Schools and newspapers spread propaganda with the goal of dismissing the African heritage of the Dominican Republic and to distinguish between Dominicans and Haitians. The Dominican people are described as a white people of Hispanic descent. Trujillo, in the Dominican Republic, celebrated the concept of la Hispanidad (Spanishness). However, when a person’s skin left no doubt as to their black heritage, a concept of "Indianness" was quickly created to explain that away. Thus, a Dominican whose skin color is midway between a mulatto and black is identified as being of Indian origin. Hence this obsession by the Dominicans to define themselves as something as not Haitian and African, stems from the relationship with Haiti, going back to the colonial era.


It is however unfair to tar all Dominicans with the same brush. Many are neither racist nor xenophobic, and many went out of their way to hide Haitians to save them from being massacred by Trujillo, including the Dominican politician Jose Francisco Peña Gomez, who is believed to be of Haitian descent and was adopted by a white Dominican family. He became Balaguer’s most feared opponent in the presidential elections, and despite his colour, he was very popular amongst Dominican voters. However, in order to defeat him Balaguer stirred up massive anti Haitian feeling, which was made easier for him as the Haitian President, Jean Betrand Aristide was an outspoken critic of the way Haitians were treated in the DR. Balaguer responded by starting the mass deportation of Haitians and in a three month period about 50,000 Haitians were deported. In May 1994 Balaguer defeated Peña Gomez by playing the nationalist card once again.

Today, anti-Haitian bias is most noticeable in the Dominican Republic's deportation policies, aimed not only at both legal and illegal Haitian workers, but also at Dominicans of Haitian descent and children born to Haitian parents. Many are simply seized, then dropped off at the Haitian border; a country which some of them have never even been to. I was working in my colmado once when the police came in and rounded up all the Haitians in there, drinking and playing dominoes. They put them in an open sided cattle truck to take them away. I was appalled by this and so climbed into the truck myself, telling them to arrest me too. This caused great consternation but nevertheless, the truck drove off to the police station, with me in it, and after various frantic phone calls from the Captain in charge, we were all let go just before we got to the police station. 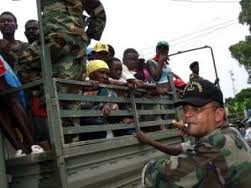 Officially, the Dominican government has publicly condemned the systematic abuse of Haitians whether legal or illegal in the country. They are allowed free medical care in the public hospitals, and I have not known anyone turned away. However this obviously puts a tremendous strain on an already overloaded health service. In addition, Haitian mothers are often denied birth certificates for their newborn children delivered in Dominican hospitals, meaning that their children are effectively stateless. The Constitution does gurantee citizenship to anyone born here, apart from those who are only briefly passing through on their way to somewhere elese. Hence legally the country can deny birth certificates to these Haitian babies by simply saying that the mother is in transit. 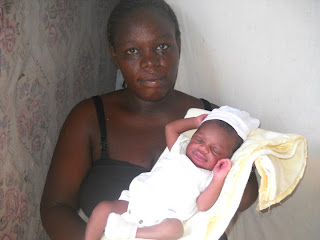 No one knows how many Haitians are living legally and illegally in the Dominican Republic with  the figures ranging from one to two million. Most come looking for low-paid, unskilled work, in the sugar plantations, agriculture and construction. Not unlike several countries, the Dominican Republic is dependent on the availability of cheap labour to meet the demands of its growing economy. Haiti, from having been one of the richest countries in the Caribbean is now one of the poorest countries in the world, due to having to pay high reparations to France when they became independent, a series of poor and ineffective governments and massive deforestation as the people cut the trees down to make charcoal for cooking.


However, after the earthquake the number of Haitians here increased and it must be said that the Dominican Republic was one of the first and most effective in terms of helping its neighbour after that appalling disaster. 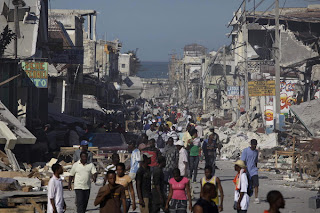 To understanding the xenophobia against Haitians one needs to understand history. Genetically Dominicans are different from Haitians and understanding where they come from may help to understand why Dominicans deny their African heritage, and concentrate on their Spanish heritage more. Dominicans have been taught for generations that Haiti and Haitians are the enemy, whether borne out in fact by invasions, or in political rhetoric by the likes of Trujillo and Balaguer. That is not unique to the DR, as several countries use an opposing power to help win support for themselves, such as Margaret Thatcher and the Falkland Isles, and George Bush and the war on terrorism and Iraq.


Not all Dominicans dislike Haitians, and not all are xenophobic. The country could not function effectively without them, but the deep seated mistrust is unlikely to disappear without education, and great political will.