Y is for Yola and Yaniquque


Letter Y of my A-Z of the Dominican Republic is for Yola and Yaniqueque (pronounced yannykaykay).

A yola is a boat, usually wooden or sometimes fibre glass, in which Dominicans, and other nationalities, travel illegally from the DR to Puerto Rico, which lies 100km or 62 miles to the east of the Dominican Republic, and which is part of the USA. 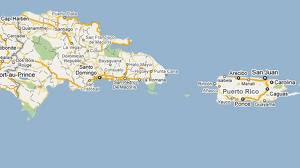 Immigration to Puerto Rico is a relatively new phenomonem which began after the death of Trujillo in 1961. This was followed by the overthrow of Juan Bosch and the US invasion in 1965. During this period the restrictions on migration were lifted and the borders between the US and the DR were opened, leading to thousands of middle class and professional Dominicans moving to the US and Puerto Rico.

However, the illegal immigration to Puerto Rico is relatively new, with the first recorded illegal trip happening in 1972. The people who go on yolas are not the middle class professionals, they go to escape poverty with the dream of making more money in Puerto Rico.  It is thought that over half of those who leave on yolas are women, who leave their children with a family member in the hope of finding work to send money back to them.

The yolas are usually very overcrowded as the people who run these trips like to maximise their income and all money is taken up front. The person who organises the trip does not travel him or herself, and therefore it is immaterial to them if the boat is overcrowded. It costs between 30,000 to 40,000 pesos per person to make the crossing, which is in the region of 700 to 1000 US$. The people are usually recruited in the larger cities and then travel to the woods and undergrowth near a predetermined beach. They hide out in the woods waiting to be told at what time they should leave, almost always during the night or the early hours of the morning. The captains of the boats are paid around 30,000 pesos to take the people and return. 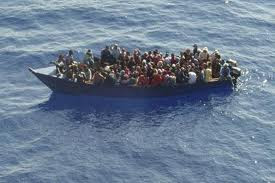 Yola journeys are not for the faint hearted. A trip can take 26 to 28 hours, that is assuming the weather is good and the captain does not get lost which often happens as yolas rarely have radar.  The route is across the Mona Passage which is notorious for high waves and sharks. As the boats are overcrowded, some people fall overboard, some are washed overboard by high waves, some are thrown overboard to save the yola from sinking and sometimes the whole boat sinks. Some die of starvation or dehydration if the boat becomes lost at sea. 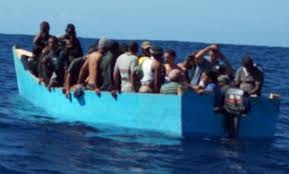 No-one knows how many people have died making these voyages as often bodies are never recovered. One of the worst tragedies was in 1989 where as many as 500 died near Mona Island, and often we hear in the news about other smaller scale disasters where 30 to 60 die.

The US coastguard catches hundreds or thousands of Dominicans every year trying to make the trip. As well as Dominicans there are Haitians and Cubans. In 2003 for example as well as 1469 Dominicans captured and returned to the DR, some 2000 Haitians and 1500 Cubans were caught as well. 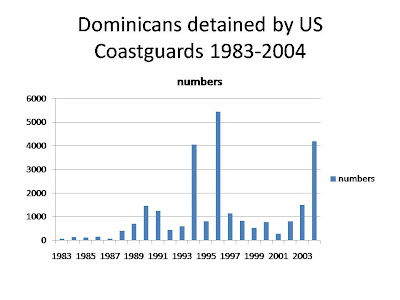 To try and deter people from going, the Dominican government shows pictures of dead bodies floating in the water and posters with sharks pointing out the dangers. However, if caught by either the Dominican or Puerto Rican authorities, the travellers face no charges, although the captains are usually sent to jail. Many will then simply try again.


Once they reach Puerto Rico the Dominicans are normally collected from wherever they land by a member of their familiy and they quickly blend into society, many working in unskilled areas and sending money home to their family.


Yaniqueque as it is known in the DR, is also called Johnnycake. It is originally a cornmeal flatbread eaten as an early staple in the US, and is thought to originate there from the native Indians. It is also called hoecake in the southern USA as it was cooked on a shovel or hoe over an open fire by field workers. 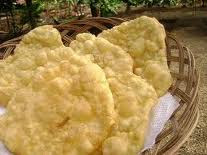 The word is thought to come from Jonakin which was the name given by the slaves to a cake made of corn. 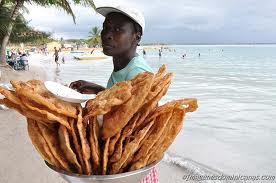 Yaniqueques or yanikeke are the Dominican version of the jonnycake, supposedly brought over in the 19th century by the cocolos who were descendants of slaves working on English speaking caribbean islands. They are made with flour and baking soda and are typically deep fried. You will often see yaniqueque for sale on the beach, and Boca Chica beach in the south of the island is famous for them.  If you want to try making them, there is a great recipe from Mari here.