J is for Jarabacoa and Jalao

Continuing the A-Z of the Dominican Republic, here is letter J. This time a place and a sweet. 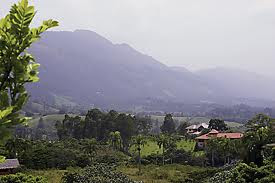 Jarabacoa is a very special place in the middle of the  Dominican Republic, in that it is not at all what you would expect to find on a Caribbean island. There is no beach, as it is in the centre of the country. Whilst the sun shines as it does all over the island, it is cold. Not like English weather cold, but significantly colder than the rest of the country, with temperatures typically between 16 and 22 degrees all year round, but known to drop as low as 7 degrees in the winter.  The reason for this is it is located at 530 metres above sea level. 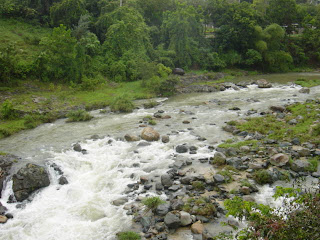 The name Jarabacoa is a Taino Indian word meaning 'the place where water flows', and does it flow! There are three rivers, the Baiguate, Jimenoa and the Yaque del Norte, which at 298 kilometres long, is the longest river in the Dominican Republic. It goes all the way through the Cibao valley and enters the sea just to the west of Monte Cristi in the very North West of the country. With all of this water, Jarabacoa is famous for its waterfalls and white water rafting. 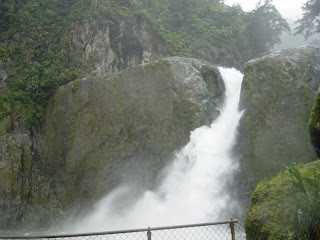 Jarabacoa was inhabited by the Taino Indians ,and then the Spanish who came looking for silver and gold. It was then more or less abandoned as they moved on to explore other places, and was not inhabited again until around 1805 when the Haitian survivors of the massacres in Santiago and La Vega escaped there. They built a small settlement which grew during the Haitian occupation of the Dominican Republic from 1822 to 1844. In 1854 it was formerly declared a town. 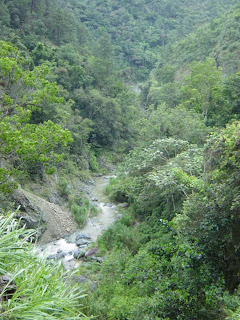 Nowadays it is a place where Dominicans build their summer homes, to get away from the heat on the coast and especially in the cities. It is much loved by tourists, especially those who are into outdoor activities, as there is horse riding, canyoning, para gliding and a whole range more. It is also famous for its agriculture: coffee, peppers, lettuce, tomatoes, cabbages, aubergines, carrots, beetrooot and strawberries.

A beautiful oasis in the centre of the country, fresh clean mountain air and stunning vistas. 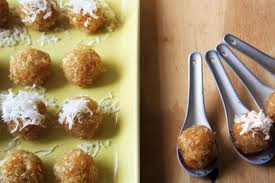 Dominican sweets are on the whole, very sweet.  Many also contain coconut, and the sweet called Jalao is no exception. They are  basically made of honey or molasses and shredded coconut and are on sale in all the colmados, usually for a few pesos each. All of the Dominican members of my family adore them, and I must admit I am pretty partial to them too. I had no idea they were so easy to make until I found this recipe here from Aunt Clara. Enjoy!