Why is there so much analysis?

Analysis in Spanish is analisis.  This country is full of it. Every time you are sick or go to the doctors they always say the same thing: "Hay que hacer analisis," meaning "We have to do analysis."

I am used to having a conversation with a doctor, explaining symptoms, answering questions which usually leads to a diagnosis without the need for analysis. Here, you explain the problem and then go straight to the analysis stage.

Number one stepson had a nose bleed. Whole family decided that he needed analysis, as he obviously had too much blood. I pointed out that it might have something to do with the fact that his right index finger was permanently stuck up his right nostril on a never ending bogey hunt. I was ignored and off he went for analisis. Not just of blood either, but the standard blood, poo and pee. Whatever your complaint is - all three have to be analysed.

Same step son had headache. He had spent the day in the hot sun playing baseball. I asked how much water he had had to drink and he confirmed he had not drunk anything all day. I diagnosed dehydration. Ignoring me (again!) he was carted off to doctor who sent him for a brain scan and the standard analisis. For a headache. Which was not a brain tumour and disappeared once he had drunk some water. 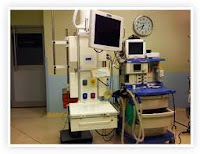 These analyses don't come cheap and I can still not work out why they are so prevalent. Is it across all the segments of society here? Is it because doctors and patients do not discuss symptoms? Is it the doctors who recommend them, or the patient who insists on them? 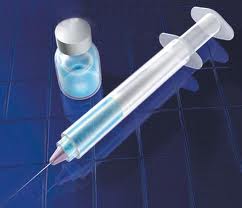 There also appears to be a culture of self diagnosis, especially among the poor, and which has been passed down from generations when
access to a doctor was difficult.  It is aided by the fact that most medicines, apart from narcotics and a few others, are available over the counter. Unfortunately few know exactly what they are taking, why they should take them, nor the dosage. It is standard practise to take one antibiotic for pain, and to take pills to cure a prostate problem because the TV advert says men over 40 should take them, without having any idea where the prostate is or what it does. The boys and men who go to the gym take all sorts of protein pills, muscle builders and vitamins without any idea of the side effects. When he played baseball, number two stepson was constantly being injected by the coach with various concoctions, and he had no idea what they were, just that they would make him play better.

Is this just the Dominican Republic, or are other countries like this?