K is for Kite boarding

Moving along with my A-Z of the Dominican Republic and K is for Kite boarding. 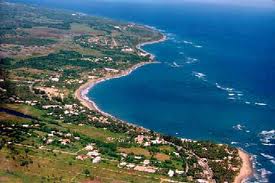 Cabarete is a small beach village in the North of the Dominican Republic and has been home to the kite boarding world championships since 2001.


It was founded under the name of Cabaret in 1835 by an Englishman called Zephaniah Kingsley who was a plantation owner and slave trader in Florida. Kingsley was a polygamist who had four wives, the first one being Anna who he purchased when she was 13.

When a law was passed in Florida forbidding interracial marriages, he moved to the Dominican Republic, which was under Haitian rule at the time, and set up his 35,000 acre Mayorasgo de Koka estate on the north coast, along with his wives and 53 slaves. His descendants are still in the area today and you can read more about Zephaniah and his family here.

Some 150 years later, in 1984, the secret of Cabarete was apparently discovered  by a man called Jean Laporte who came to the Dominican Republic to do some windsurfing. He travelled from the south coast to the north in search of wind and arrived at what is now Cabarete. At that time there was no tourism there at all, just a long sandy curving bay, fishermen and of course wind.


Sitting sipping a Presidente beer, he suddenly noticed that  the wind was picking up, so he went out into the bay on his board and was amazed to find perfect conditions as the afternoon went on. He then contacted a French Canadian sail board magazine and within six months half of the world's windsurfing community were aware of Cabarete. You can read more about how he discovered Cabarete here.


Nowadays, Cabarete is known as one of the finest places for kite boarding in the world. The reason is that there are trade winds together with thermals, which make for strong and consistent winds. The wind blows easterly and starts tostrengthen at around 11am in the morning. For an hour or so the conditions are perfect for beginners, and then at around 12.30 to 1.30 the thermals kick in and the wind really picks up. It is at its strongest at around 4pm and then by 6pm it has gone again. 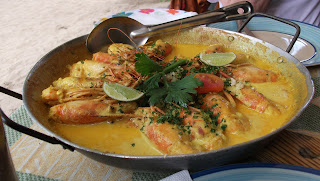 These conditions make Cabarete the perfect place for a kite boarding holiday. But Cabarete has more to it than just kite boarding.  The beach is lined with bars and restaurants with all different types of cuisine, and is a lovely place to go for a long leisurely lunch. You can eat fabulous seafood and spend the afternoon watching other people exercise as they glide across the water on their boards.