N is for No

My A to Z of the Dominican Republic continues with the letter N and what I think is probably the most used word - No. 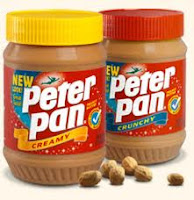 It comes in various forms: No se (pronounced say) means 'I don't know' and is used whenever you ask the kids where something is, or where they have put something. Usually it is not where it was as it has been eaten or used. The conversation goes like this.
"Where is the peanut butter?"
"No se"
"Well it was in the fridge and it's not there now."
"No fue yo." That means it wasn't me - another No.

No se is used all the time and drives me mad!

The second No is 'No hay', pronouced eye. Hay means there is or there are, so no hay means there isn't and there never is.
You go to the petrol station and there stuck on the pump are the dreaded words - 'No Hay' - no petrol. 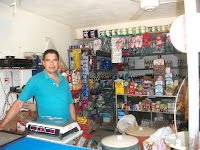 You go into a restaurant and order some food to be told "No hay" - whatever you ordered is not available.

I remember ordering Thai prawns in a very upscale beach restaurant to be told 'No hay.'  I asked if it was the prawns which were 'No hay'  or something else, and was told "No hay lechuga," in other words there was no lettuce.  I said I would have the prawns without lettuce or could they go and buy a lettuce from the supermarket over the road. Apparently not possible. "No hay!"

Throughout the country there are signs saying 'No hay.' You go to the colmado and ask " Hay agua?" The answer often is "No hay." You then say can you give me four pork chops. Answer is "No hay."

My third No is the one that really drives me mad. No sirve. This is pronounced silvy or sirvy depending on the accent - sometimes it is hard to know if words have an r or an l.  It means it is no good or it doesn't work and once again is used all the time.

If you call a plumber out to look at a broken tap, the first thing he will say is "No sirve."  Now I know it bloody doesn't sirve and what I need is to get it fixed! If you have a flat tyre on the road someone will stop and help you which is lovely of them, but you can guarantee the first words out of their mouth will be "No sirve."

It is not just used when things are broken.  When my kitten pees on the floor, the kitten 'no sirve'. When baseball players don't play well, they 'no sirve.' When perfectly good shoes have been worn a few times, according to the kids they 'no sirve.'  When you buy a pumpkin the Dominicans knock on it, then half of the time say not to buy it as 'no sirve'. I have no idea how you can tell if it sirve or not!