Imagine there’s no need for visas. Imagine people from every country could travel and work wherever they wanted to. 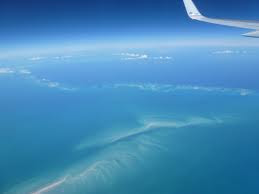 I first became aware of the whole immigration and visa issue when I left England to become a diving instructor. I did my Instructor’s course in Singapore, but when I entered and my passport was stamped, I was only allowed to stay in the country for 3 months, and was not allowed to work. Usually I would take no notice of passport stamps as I was always travelling for pleasure or business and never stayed anywhere longer than a few days or a week or two at most. Suddenly it wasn’t very nice to be told I couldn’t stay somewhere. The same thing happened in Thailand. I couldn’t work legally and if I stayed I would have to take the long bus journey to Burma every few months and return, or I would be deported. The same thing happened in Borneo. It really was very strange for me, as with a British passport I thought I could go anywhere I wanted to and work wherever I wanted to. I thought it was only people from really poor countries who could not travel to rich ones. 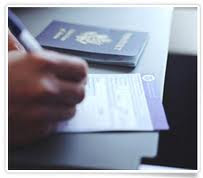 I didn't realise that almost no matter where you live, if not your home country, you need permission to live there. In the Dominican Republic I am a resident. It was not that hard to obtain, involving lots of running around obtaining documents, translating them, having medicals, getting police reports and paying US$1,000. It has to be renewed every two years, and currently there is talk of a new law which will make it more difficult and more expensive to obtain. I went to renew my residency this week to be told my photograph has mysteriously disappeared from the system, so next week I have to go to the capital, Santo Domingo to have my photo taken and renew my residency. Hopefully I will find out about the new rules there.

It was a shock to me to realise that my Dominican husband couldn’t leave the country without a visa, apart from to a very few places. At least I can travel, although I need visas to stay or work. He couldn’t travel to the USA, to England nor to Europe. I had no idea that there were such restrictions for a country like the Dominican Republic. In the end he obtained a visitors visa for the UK and for the USA, but if ever we decide to go and live in my country, the UK, it will be very difficult for him to get a visa to settle there with me. He will have to pass an English examination, and we will have to have plenty of money in the bank, or I will need to have a good job. The cost of the visa and the English exam is over 1000 pounds or around US$2000, which is non refundable even if it is denied. There is a lot of work involved in getting the mountain of paperwork together for the application, followed by the stress of waiting to see if it has been granted or not. People who don’t know you at all sitting and looking at papers deciding where you will be allowed to live, or, in some cases, if you will be allowed to live together at all, even if you are married. 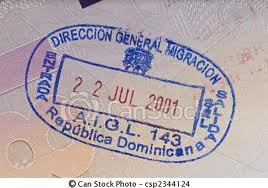 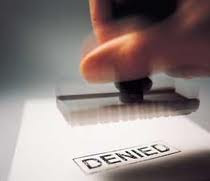