This blog post was inspired by a picture of my 10 month old puppy, who had a bone and didn’t want to let go. My husband saw it and said it reminded him of the infighting in the PRD, the Dominican opposition party which has just lost the presidential elections. He then wrote this post. 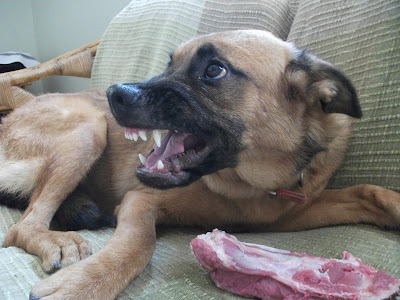 The Dominican Revolutionary Party (PRD) was founded on 21 January 1939 by Juan Bosch and other patriots who were in exile in Cuba. The fundamental objective was to fight against the tyranny of Trujillo and obtain a better democratic future for the Dominican Republic. 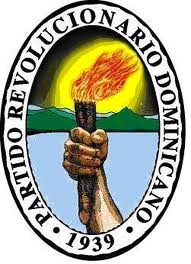 But it was not until 1961, after Trujillo was assassinated that Juan Bosch and the other patriots who founded the PRD returned to this country and started to fight against the Trujillists and hence the party became an option for power and a solution to the problems facing the nation.
In 1962, Juan Bosch stood as Presidential candidate and won, assuming power on 27 February 1963 but his government only lasted 7 months due to a military coup.
In 1970 Juan Bosch, still party founder and leader, did not want to compete in the elections because he felt that it was too dangerous to compete again Balaguer, the head of the PRSC. Balaguer won with no opposition. There was a subsequent disagreement between Juan Bosch and Pena Gomez who was his right hand man, so Juan Bosch left the party and formed the PLD.


Since then all the serious internal party differences between the popular leaders have resulted in one of those disagreeing, leaving the PRD and forming a new party.
Juan Bosch left and started the Dominican Liberation Party (PLD).
Jacobo Majluta left and started the Independent Revolutionary Party (PRI).


Should Miguel nor Hipolito abandon the party with the idea of forming another one, that would be fatal for the PRD.

They should reflect and look for a solution within the party as only the leaders of the PRD can solve this problem which they themselves created, by accusing each other. They should learn from the last fifty one years.