Education in the Dominican Republic


By popular request and inspired by Chivirico starting at school, here is some information about the education system in the DR.
There are basically three different types of school. Free public schools which are attended by 80% of those who go to school, private Dominican colleges which can vary from only a few hundred pesos a month up to several thousand, and International schools which follow a different curriculum, are attended by Dominicans and expat children with the classes usually taught in English, although some teach in both languages.  They are by far the most expensive, with the average cost being US$5,000 to US$10,000 a year but some are excellent quality.


I will concentrate on the public school sector as it is by far the biggest. The schools themselves are in varying states of repair, most are cooled by the wind, some by fans, but to the best of my knowledge there is no air conditioning.


All schools will have a parent committee and they work to try and ensure the buildings are kept in good condition and paint them etc. When my step children were at public school my husband would often get together a group of his friends and they, along with other parents would help to maintain the buildings and the gardens. The government also have a programme of school maintenance and construction.


School starts at 8am and the first round of classes finishes at noon. Those children have then finished for the day. Another lot come in the afternoon from 2pm until 6pm. The children either go in the morning or the afternoon. One of the ideas of our new President, Danilo Medina, is to require children to go to school all day, but this will mean building thousands of new classrooms so it is not likely to happen overnight. In addition he plans to feed them breakfast, lunch and an afternoon snack, which would be marvelous as many children go hungry. Many schools have a cafeteria or snack shop, and Chivirico yesterday told me about his, so I gave him 100 pesos and told him to give it to his grandmother, so she could give him 5 pesos a day to spend in the cafeteria. He brought me back 95 pesos and I had to re-explain that she should keep it and only give him a little each day so that he didn’t spend it all at once! 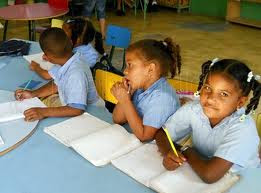 The children start school at age 5, or nearly 6, although there are kindergarten classes which some go to. The class sizes are between 15 and 40 pupils. They then keep going until Grade 8 which is the end of the first school when they should be around 14. However, every year there are exams and apart from in the first couple of years when there is pretty much automatic progression, if they fail them then they have to retake the year. According to Unicef, the repetition rate amongst the richest children is 2.3%, and amongst the poorest is 8.7%. If they make it to the 8th grade, they take national examinations known as the Pruebas Nacionales. There are four subjects: Spanish Language, Mathematics, Social Sciences and Natural Sciences and the pass rate is 65%. 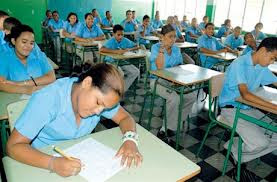 Not everyone makes it to this grade. It is estimated that out of every 100 students who start school, only 53 finish 8th grade. They leave for a variety of reasons, even though I read that school is compulsory there are many who do not go. The main reason is money, as although the schools are more or less free (enrolment fee is around US1 and examination fees the same), the children have to buy their uniform, back pack for their books, notebooks and pencils, and shoes. In some areas they also have to pay for their books, and as the books double as workbooks they are not reusable and can add significant expense. 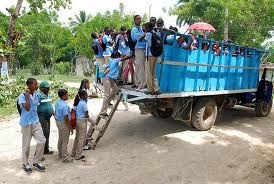 Apart from those who live close by, they have to pay for transport – usually a motorbike taxi, known as a motoconcho, although in some areas there are free school buses. Some will also drop out to work and it is estimated that 9% of children are involved in some form of child labour, although this tends to be mainly boys and more in the countryside than in the towns. Some of the girls will drop out as they become pregnant – teenage pregancies being a big problem in this country. 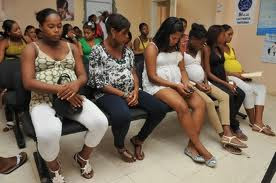 Following 8th grade then begins year 1-4 of high school ending with the exams for Bachiller which qualifies as university entrance. Not all schools offer high school education, so often the children must go to a different school much further away. The Bachiller consists of more exams than the Pruebas Nacionales and includes English, French, Civics, and Human Development. The exams tend to be multiple choice, which may be a reason why not many Dominicans can actually write very well. However, I know that they are not easy as I helped my husband with his when he did his Bachiller via distance learning with an organisation called Cenapec. Many adults did not have the chance to finish their schooling when younger, and so now they go back to school via nightschool, or distance learning to graduate. Of all the children who start school only 12% actually graduate from high school. 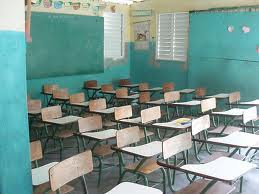 To be a teacher in the public system you have to have attended university and qualified as a teacher, although there are some teachers who manage to obtain work without being qualified due to connections.  In the international schools however, some of the teachers have no teaching qualification and the fact that they are native English speakers appears to be sufficient. The public school salary is between RD$8,000 and RD$12,000 a month which is between US$200 and US$300. According to trainee teachers I spoke to, things are beginning to improve at University level, and instead of just being taught the same material which had been recycled since the year dot, the lecturers are going to workshops, meetings and having more courses themselves which they can then pass on to their students to help them to then become better teachers. In several instances at the moment the teacher simply writes some problems on the board and then sits back and reads a book, or does her nails, while the children try and work out the problems.


There is no question that the standard of education in this country is a major problem and it appears there has been little effort on the part of the government to improve it. According to the Law, 4% of the budget should be spent on education, but over the last several years it has not even come close, and sometimes has not even reached 2%. This has resulted in campaigns and marches with people demanding the 4% and the protesters have adopted the colour yellow as the symbol. 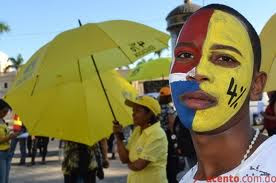 The new President has promised to ensure the level of funding for education will increase to the 4% laid down, and in the meantime the children will continue to receive a less than optimal education and hence opportunity. At least there are signs that things might improve, and there are also people and groups who are currently trying to help.


One of these is the Joan Rose foundation, which provides lunch, education, clothing and medicine to 93 of the poorest children after their morning session at the public school. They do a fabulous job, ensuring the kids are well nourished, and have adequate clothing as well as receiving more education and training in the afternoons.  You can see their website here.

So, fingers crossed that things improve with education. Dominican children deserve a chance and education is the way to give them the opportunities that children in other countries have.