We waited for Isaac who so far hasn't made it into a hurricane and is still a tropical storm. Everyone seemed to think he would arrive on Friday and the whole country was ready. Airports shut on Thursday at midnight, schools were closed on Friday, people living near rivers were told to take shelter. Nothing happened as Isaac took an unexpected turn to the south and went parallel to the south coast of the Dominican Republic rather than hitting it.

All morning I had been seeing on line that the expat community was totally organised and ready for the storm, if it ever arrived. Many were sitting in their homes, glued to the computer checking the storm's progress. Generators were full with diesel, mobile phones charged, candles bought and the freezers stocked with food for a month. Hurricane shutters were all in place and all outdoor furniture brought inside. People were anxiously looking for a sign that Isaac was arriving. As all was calm, I went into the nearest town to go and pick up a package. 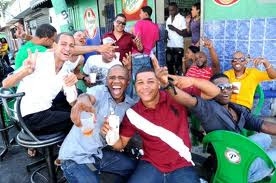 I drove up onto the main street and couldn't believe my eyes. I had driven right into the middle of a party. Whilst the expats were hunkered down preparing for the storm, the Dominicans were out in the streets, drinking and having fun. The roads, which I expected to be empty, were full of cars driving erratically. The bars were jam packed and music was blaring out from everywhere. The difference was amazing. I shouted out to someone to ask what was going on, and the reply was,"Hoy se bebe!" which means today is a time for drinking, and it was explained to me that that was what you should do before a hurricane. Now I know for the next one. 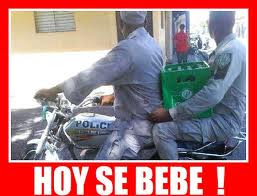 Having returned home, I bumped into Chivirico, my bodyguard who was looking after a chihuahua for a neighbour. He told me he was hoping to start school on Monday, if his Dad buys him his uniform which so far he hasn't. He warned me not to go out in the rain, or I would catch a cold! 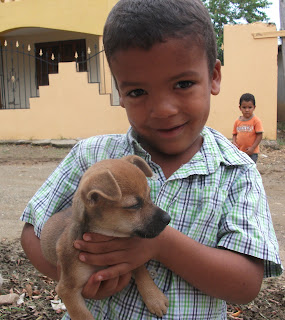 Having thought the storm had passed, I was surprised when at around 7pm the winds started to pick up and checking the weather forecast it looked like at last we would get at least the edge of it. The winds became stronger and stronger during the night and I woke up several times, and this morning there were downed trees and flooded roads and gullies. 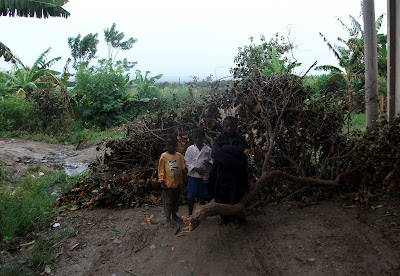 As I write this I am wrapped up in sweaters as it is very cold, well cold for here, and is still windy and pouring with rain. 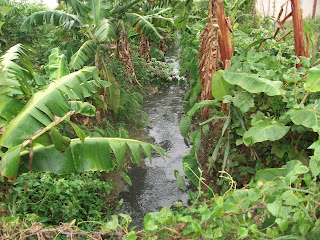 So Isaac arrived, although later than expected and not exactly where he was supposed to be. I have a horrible feeling, looking at the weather charts that the rain will go on for a while and many crops will be damaged and people flooded out of their homes.

Stay safe and dry everyone out there in the DR.
Posted by Lindsay at 12:22 PM