Chivirico has gone to school!

Judging by the number of emails I get, many people are following the story of Chivirico. Last night, as we were having dinner, he came by to tell me that his Dad had bought his school uniform. He stopped for a while, and ate his first fajita, which he loved. He said that today he would have his hair cut, as Dominican schools are very strict on length of hair for boys and that he would be starting school on Tuesday. Imagine my surprise when he turned up  at 7.30 this morning, all ready to go to school. 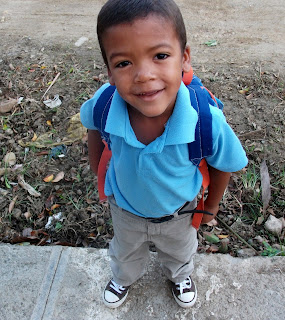 He looked very smart in his uniform together with his back pack and newly cut hair and was very excited to be going. I am a little concerned that they might send him home, as he is wearing his trainers rather than black shoes, and some schools would send him home for that, but maybe the school here is less strict. The shoes are the most expensive part of the uniform. 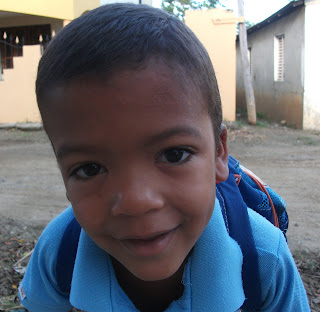 I am really pleased that his dad managed to get the cash to pay for his uniform and will be keeping a watchful eye on his progress. 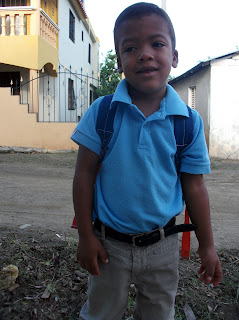