Which to catch? Cholera or Dengue?


One of the things I love about Dominicans is that if they are not happy about something they do something about it. Where I live, we are in the middle of an outbreak of dengue fever, with over 100 people in hospital so far. The local population descended on the town hall and demanded something be done about it. 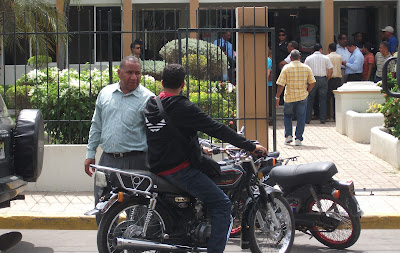 Dengue fever is also known as breakbone fever as you ache all over. Other symptoms include fever, headache and a measles like rash. In a very few cases it develops into dengue hemorrhagic fever which is when you bleed from your blood vessels leading to low blood pressure and occasionally death.  Not nice at all, and the incidence has increased dramatically since the 1960s when the first cases were seen, with 50 -100 million people infected worldwide each year.

Dengue is transmitted by mosquitoes, and mainly one called aedes aegypti which is called white legs or white paws here – pata blanca, due to the white stripes on its legs. Dengue cannot be transmitted from person to person. 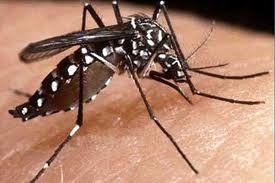 Treatment is by rehydration and is usually successful although the severe cases need blood transfusions. I had dengue fever aged 9 when I lived in Singapore, and just remember it being like a bad case of flu.

There is no vaccine, but the easiest way to prevent becoming infected is to avoid being bitten by a mosquito, which is easier said than done. You can use sprays and cover yourself in long trousers and long sleeved shirts, live somewhere with screens and air conditioning, and use mosquito nets and mosquito coils by the bed at night, which are supposed to deter them. 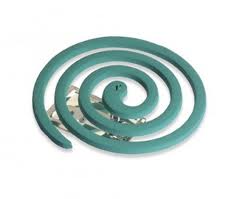 My husband says they don’t like the fan either so we have that on at night, and he insists on having it on full blast, so it is like sleeping in a hurricane. Personally I think if the little buggers want to get you they will, although if you keep your wits about you you can spot the dengue ones coming by their stripey legs.

The best way to avoid getting dengue is to ensure there are no mosquito breeding grounds around. They like fresh water, so rainwater tubs, dog water bowls, flower vases, and and buckets or containers with still water should be covered and cleaned at least once a week.

Following the outbreak here, and the demands of the local people, we have had visits from Public Health telling us not to store water in buckets, and issuing helpful leaflets with advice. It is nice to see they take it seriously. We have also been fumigated, which involves a truck driving round spraying the roads with something. You have no warning they are coming, and though the truck drivers have masks on, they don’t issue them to us, so we get drenched with whatever it is they are spraying. I could not swear it was insecticide, as that night there were more mosquitoes than I have ever seen in the house and garden. Maybe the mozzies were just leaving the road where the spraying was going on and had come into the house for safety. Whatever, I was not impressed. 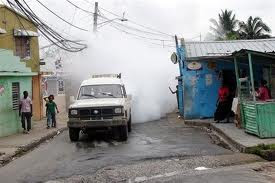 As well as dengue, the neighbouring town has had a cholera outbreak. This is another nasty disease, and I would rather have dengue than cholera if I had a choice, especially seeing pictures of cholera wards in hospitals, which give you a pretty good idea of what to expect. 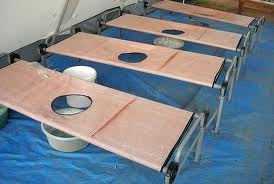 The symptoms of cholera are profuse diarrhea and vomiting, which quickly leads to dehyration and in some cases, death. The main treatment is quick and effective oral rehydration, followed by intravenous rehydration if needed. The important thing with cholera is to get treatment quickly. Worldwide cholera affects 3-5 million people and causes 100,000 – 130,000 deaths, and unlike dengue has been around for hundreds of years although I am not sure they knew exactly what caused it then. 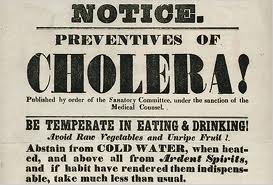 Cholera is present in water which is contaminated by fecal matter – people using the water sources as a toilet, or the water from the toilets discharging into rivers where people bathe and wash. It is often present in shellfish from infected rivers as well, which has meant that this is not just a disease of the poor who live in unsanitary conditions. The better off who can afford to eat lobster and prawns are also at risk. 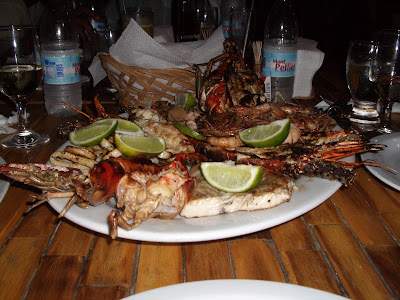 Those most susceptible are children and those with O type blood. Luckily I am type A although my husband and the children are type O. Cholera is rarely spread from person to person, although if one person in a household has it, then others are likely to catch it due to poor sanitation control measures.
As we are in the situation of having a cholera outbreak close by, intelligently, the local water board have turned off our water and are cleaning out the massive storage tanks. Last time they did this we had no mains water for a month. We usually have mains water for a few hours or a day, a couple of times a week, and this fills a tinaco or storage tank on the roof. We ensure the storage tank has a bleach tablet put in it periodically to kill any nasties, which has the side effect of turning bleached blonde hair a little green, a small price to pay I suppose. 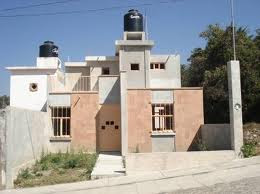 As they are cleaning out the massive storage tanks, no one has had water for a week, hence most people now have to go and get water from a truck which drives around periodically. I have a storage tank known as a cisterna underground in the garden, so luckily I do not have to do this. Having collected their water from the truck, my neighbours carry it back to their house in whatever containers they can find. So all the gardens and patios are full of containers of fresh water, just when the pesky dengue mosquito is looking for somewhere to lay its eggs, and we are not supposed to have any water standing anywhere!