Integration of expats in the Dominican Republic

I want to understand more about expat integration and whilst I have found  lots of articles on the subject, I think that the Dominican Republic has certain challenges that are not faced in many other countries. 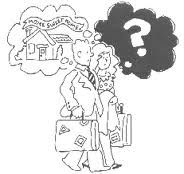 The first is obviously the language. It is not easy to integrate into a society where you cannot speak nor understand the language.

Secondly finding people you want to integrate with. The DR is in many ways a third world country, and unless you work in Santo Domingo or maybe Santiago, it is not easy to find Dominican people of your education and background with whom you have enough in common to form friendships. Some Dominican lawyers are not quite the same as an American or British lawyer for example. 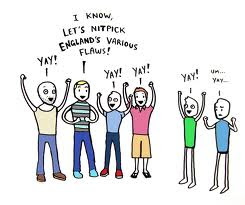 The interesting question I think is, why should you integrate in the first place? Many expats come here to retire, for the weather, cheaper cost of living and the ambiance and are content living in villas in gated communities surrounded by similar people from similar countries. They search for the food they have at home, they watch television from home, they mix almost exclusively with fellow countrymen, and their contact with Dominicans is limited to gardeners, maids and repair services. They make no effort to learn Spanish. I find myself wondering is there anything wrong with this, as they are protecting themselves from the negative side of society here, but they are also missing out on the positive experience that comes from embracing a new culture.

Then we have those expats who make an effort to integrate, by maybe working in the country and by making some effort to learn the language. They may still live in expatriate areas but will take an interest in the country, having some Dominican friends, reading Dominican newspapers, possibly belonging to the local neighbourhood group or volunteering to help the community in some way. They will still socialize with other expats and still try to ensure that they have as many things from home as they can. 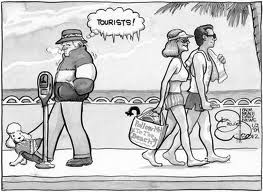 The third group is those who are totally integrated and I think they will usually be married to a Dominican or have a Dominican partner. Obviously that helps the integration process significantly not only with learning the language, but to understand the culture and to meet and socialise with more Dominicans. They will watch Dominican television, eat Dominican food and rarely socialise with other expats. I think that this group may have a tendency to feel superior to other expats, feeling that they have somehow achieved something by integrating and by giving up the ‘pleasures’ of their former existence. However, I do not think it matters how long they are here, they will never become totally Dominicanised, nor do I think they would want to.

It is said that there are four stages to integration. The first is when you arrive and is the honeymoon phase when you feel euphoric about your new life. Then as time passes you become irritable with the fact that things are not like they are ‘back home’ and become hostile towards the local population, being overcharged for example, and the euphoria turns to anger and resentment. Maybe some of the first group are in this stage and prefer to stay in their expat bubble rather than expose themselves to more frustrations.

The third stage is adjustment when the anger is replaced by a grudging acceptance – of the electricity situation for example. No point in moaning about it as there is nothing you can do to change it, just sort out inverters and generators and make it work as best you can. And the final phase is adaptation which maybe only those who are totally integrated can reach. When you adapt totally to your surroundings with no need to go to international supermarkets, no need to watch anything but Dominican television, or to regularly socialise with other expats. 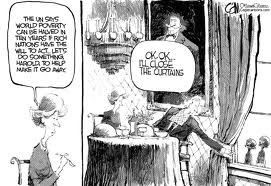 I think I am probably in the last group but I cannot imagine a time when I will be totally integrated to the extent of losing all of my background. I don’t go to international supermarkets and eat mostly Dominican food, but it doesn't mean that I adore the occasional treat of MacDonalds or Indian curries or cheddar cheese or…I could go on! I watch Dominican news on television, and films in Spanish, but I also watch some British and American television. I speak Spanish all day long, but I write in English and I chat online to my expat friends in English. I have Dominican acquaintances and friends, but I have deeper friendships with expats, albeit mostly online. I feel it is vital to have some access to part of my lifestyle I left behind, albeit minimum.

So I find myself wondering why integrate? There are benefits to the experience but it brings with it the negatives of moving out of your comfort zone. Is it to feel superior, the fact that you can live without air conditioning and enjoy mangu? Is it because you are rejecting your own culture? And for those who have no wish to integrate why not? Do you just strive to know enough to make your day to day lives easier and are completely disinterested in the country? And does that matter?