S is for Semana Santa

For letter S in my A-Z of the Dominican Republic there were lots of options, but I decided on Semana Santa meaning Holy Week or Easter Week, which is an integral part of Dominican culture.

Easter to me in England meant a long weekend, munching on Easter eggs. No Easter eggs here, instead people eat habichuelas con dulce - beans in a sweet sauce. 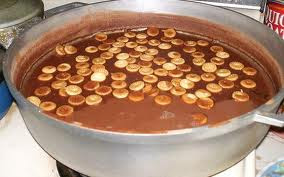 My first Easter week here I was working on the beach as a scuba diving instructor and the owner of the dive school told me that there would be no diving from the Thursday to the Sunday of Semana Santa, nor boats in the water. I assumed that it was because the Dominican Republic is a Catholic country and every one would be at church. How wrong I was.  The reason that no boats are allowed in the water is because there is no room for them. 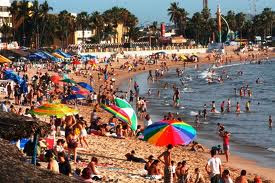 The normally quiet beaches become invaded as Dominicans leave their homes in droves and go to the beach or the river and party. And do they party. They start eating and drinking on the Wednesday afternoon or maybe the Thursday and don't stop until Sunday night. The whole country is one big party. 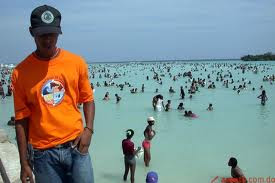 Managing the party is a tad difficult and so the government introduces a whole range of measures to try and keep things more or less under control. They close around 170 of the more dangerous beaches and swimming spots and over 35,000 members of the police and civil defense are on duty all over the country. Motorcyclists are mandated to wear helmets and there should only be 2 people on a bike. The passenger doesn't have to wear a helmet though.

Heavy vehicles are banned from the roads from Thursday at noon to early Monday morning to try and cut down on the number of accidents. 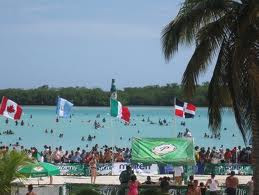 Even in the barrios, if people cannot get to the rivers or the ocean, they set up little plastic swimming pools in the street or their yard, and pretend they are on the beach, sitting in them and drinking all day. 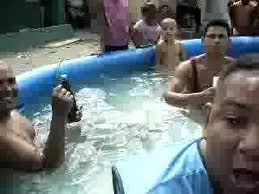 Unfortunately even with all these measures, during Semana Santa many people always lose their lives. This year 38 people died, 31 in traffic accidents, 3 alcohol poisoning and 4 drowned. An additional 986 were injured; 687 in traffic accidents, 264 due to alcohol poisoning and 36 food poisoning. You really do take your life in your hands if you venture out onto the roads as so many people drive when they are drunk. 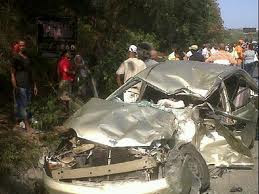 Not everyone parties, and there are some beautiful processions in the streets and many people do go to church. 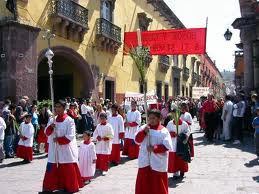 It also seems strange to me that on the one hand there is this massive party going on, but on the other hand the Dominicans have some strict rules in deference to the Christian meaning of Semana Santa. For example there is no loud music allowed at all - the barrio became silent for four days. No meat is eaten on Good Friday, the colmado sold out of bacalao (dried salted cod) and arenque (dried herring). And a friend of mine sells barbecued pigs and had an order for one for a wedding on Easter Saturday which would mean killing the pig on the Friday. No one would do it. You cannot slaughter animals on Good Friday. So the pig had to meet his Maker on the Thursday and he spent Good Friday in her jacuzzi covered with ice and towels before being barbecued on the Saturday! 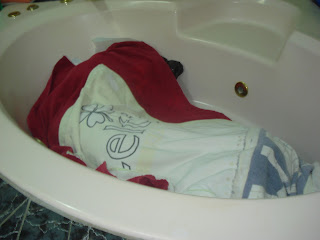