P is for Platano


There were so many letter P to choose from in my A to Z of the Dominican Republic, but in the end I had to go with something that is the very essence of the country. Platano is plantain in English and I have yet to meet a Dominican who is not addicted to them. Most eat them every day, at least once a day, if not more. 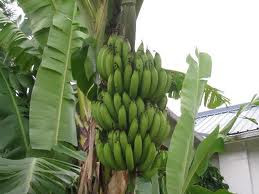 The plantain is not a tree, as it does not have a trunk, instead a water filled leafy stalk which grows from an underground stem called a rhizome. It is in fact a herb and the largest one in the world. It can grow to as high as 20 feet and the plantains will be ready 10 to 15 months after it is planted. 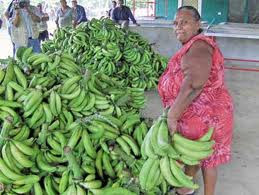 The great thing about plantains is that they fruit all year round, not having any particular season. They are the 10th most important staple which feeds the world, being mostly carbohydrate and each plantain has around 220 calories.


The Dominican Republic is the 13th largest producer of plantains in the world with 491,509 tonnes in 2010. It is beaten by African and South American countries, which are considerably larger, so I am sure if I did the maths it would produce more plantains per square metre than anywhere else.


Plantains are mostly eaten green, and boiled, but they are also eaten when ripe and yellow or very ripe and black.

Once you have your plantain the first thing you have to do is to peel it which as not as easy as it sounds. The plantain has a milky sap which stains your hands black and is very hard to get out of clothes. Either wear rubber gloves, peel under warm water or cover your hands with cooking oil to avoid this.

To peel you cut off the top and bottom and using a  knife, score down from top to bottom whilst at the same time sliding the knife under the skin. Repeat this around three times and then it is easy to just peel the skin off. It sounds easy, but even after 10 years I still end up gouging lumps out of my plantains.

One of the main ways of eating plantains is mashed. It is called mangu and came here from the African fufu, and we eat it most days at midday with fried salami, fried onions and fried eggs. For those who eat breakfast, it is the standard breakfast here. I mash my plantains with butter and milk, but they are usually just mashed with their cooking water. 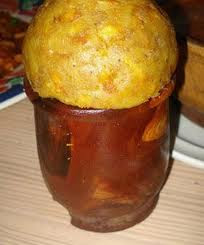 A variation of mangu is called mofongo and in this instance the plantains are mashed with garlic and bacon. For some reason it is served in a big wooden egg cup. Mofongo is usually eaten with stewed beef or chicken, and it is delicious. 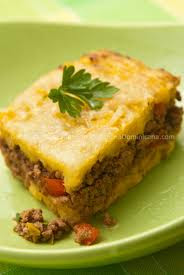 Another use for plantains is in a dish called pastelon where the ripe yellow plantains are used instead of the green ones. As they ripen the carbohydrate turns to sugar giving them the sweeter taste. It is like a lasagne but without the white sauce, and using plantains in place of the lasagne. Layers of meat sauce, then grated cheese, then the mashed ripe plantains. Again it is delicious and you can see Aunt Clara's recipe here. 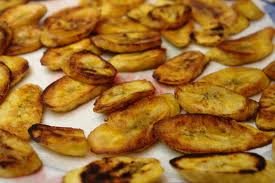 And finally tostones which are I suppose the Dominican equivalent of french fries or chips. These are fried plantain chips and are eaten usually with fried chicken or fried fish or fried chops. In fact with anything.

Not only do the Dominicans love eating plantains, they are so inherent to the national culture that they have tattoos of them. 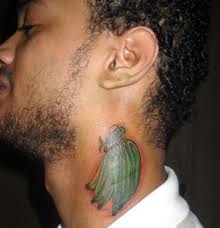 They have T shirts with them. 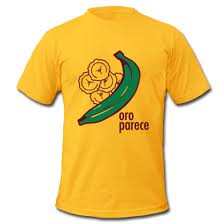 If you live here long enough, speak Spanish and enjoy the things that Dominicans do such as dancing, music, playing dominoes and of course eating platanos you are said to be aplatanado - like a plantain!

I have never known a vegetable to be such a part of a culture! 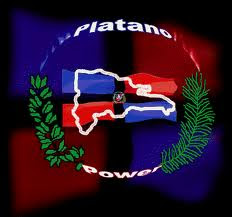