We are now only three weeks away from election day on Sunday 20 May, when the Dominicans will go to the polls to vote for a new President. There are polls coming out almost every day, and some have one side winning and some the other. Whichever way it goes it looks like it will be close. 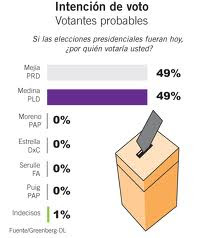 Turn outs are usually quite high, which is surprising as voting is not that easy. In order to vote you need your cedula or identity card, which everyone has at age 18. On the back of the cedula is printed where you must go to vote, your voting station, and it has nothing to do with where you live now, but where you obtained your cedula. So many people have to travel miles to vote. By law, employers must give employees time off to vote, hence the reason the election is held on a Sunday, but in tourist areas such as Punta Cana and Bavaro on the east coast, it can cause problems for the hotels as the staff usually have to go and vote quite a long way away. Some people do change their cedula when they move to another part of the country, and are therefore registered where they now live, but the majority do not. So the weekend of 19 and 20 May will be chaotic with Dominicans all over the country returning to where they were when they were 18. It is a good excuse for a party. 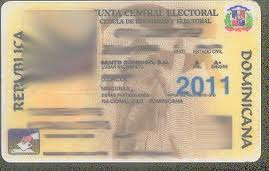 The voting stations are usually in schools or other public buildings and are manned by election staff who are supposed to be a combination of all the main parties. There will also be a heavy police and military presence to ensure no violence. Neither the police nor the military are allowed to vote in the elections. In order to ensure that their supporters vote, the party activists will arrange for buses to pick up the people to vote from their homes, especially the outlying villages. Often one side will book all the buses in the area, making it hard for the opposition to transport their supporters. Many of the voters will expect to be paid for their vote, supposedly to cover their food, or someone to look after the children. The going rate will vary from 200 pesos (around US$6) to 500 pesos. Often there will be armed guards on the buses to stop people from the other parties getting on the bus.

Once at the voting station, there will be long queues outside and everyone lines up and hurls insults at those voting for the other side. Many will dress in the party colours, and wear party baseball caps - no secret ballot here! The activists will walk up and down the queue looking after their voters, giving them food and bottles of water. Once inside the name and cedula are checked off, the voter gets his or her ballot paper and votes. The ballot papers are a tad confusing and whilst there are several different parties, there are many alliances, so that a vote for one party will be a vote for one of the two main presidential candidates. Many of the electorate cannot read, hence a photograph of the candidates is also on the form. 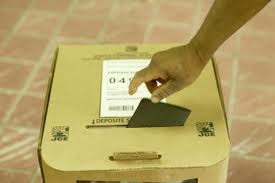 There are all sorts of shenanigans which go on. The most common is that people will sell their cedula to the opposite party from that they would vote for. Depending on the level of desperation, depends on the amount. As the day progresses, if the exit polls are not looking good, the losing party will pay thousands and even millions of pesos to 'buy' cedulas meaning the loss of one vote for the other party, and then will get someone to vote using the cedula, the gain of a vote for them. The police try to watch out for this, and several people will be arrested. It is easy to obtain another cedula after the elections, and some people are organised and obtain several duplicates beforehand, which should net them a hefty profit on election day.

Once the voting stations are closed, the votes are counted and then a form produced called an Acta. This has the number of votes per candidate on it. The details from the Acta are then entered into an electronic voting machine which transmits them automatically to the Central Electoral Court. Results are usually known by 10pm the same night. Amazingly efficient really. The great thing about election day though, is that as the voting stations need electricity to function - lighting, fans and of the course the machine at the end, that the whole country should have power all day long!