Happy birthday to the book

Today is 27th February, Independence Day in the Dominican Republic and also the first anniversary of the publication of my book, "What about your saucepans?" 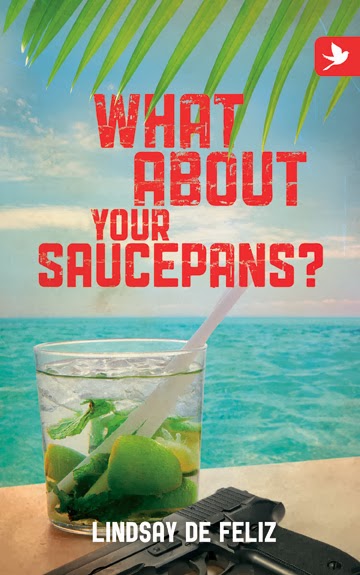 The year has flown by and it was only a couple of days later last year, March 2nd that we moved into the campo up in the mountains.

My dream for the book was that everybody who loved the Dominican Republic would read it, and in the first year it has sold around 800 copies. So there is still a long way to go! Through the book I have met all sorts of new people both in person and on line, which has been both fun and rewarding.

Today, being the book's birthday it received a great present with an interview with me published in The Displaced Nation which is a fabulous website with insights into travel and travelers around the world. You can read it here. There is also the chance to win a free copy of the Kindle version of the book - all you need to do is leave a comment.

Meanwhile life in the campo goes on. The puppies, Panda and Pandora are growing up fast. 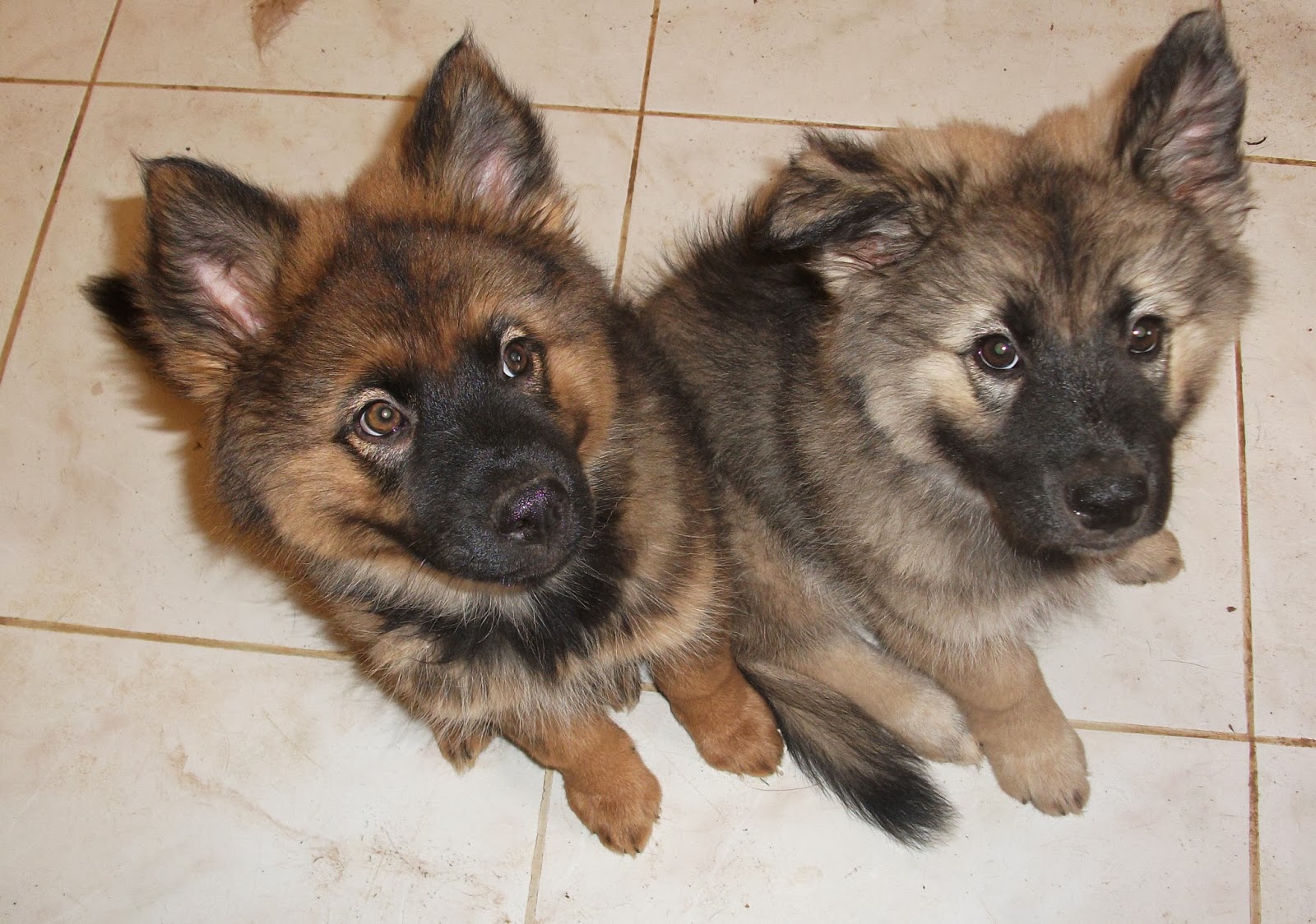 One of the hens is now sitting on a load of eggs - in the recycled wardrobe and I have just noticed she is on top of one of my best towels. 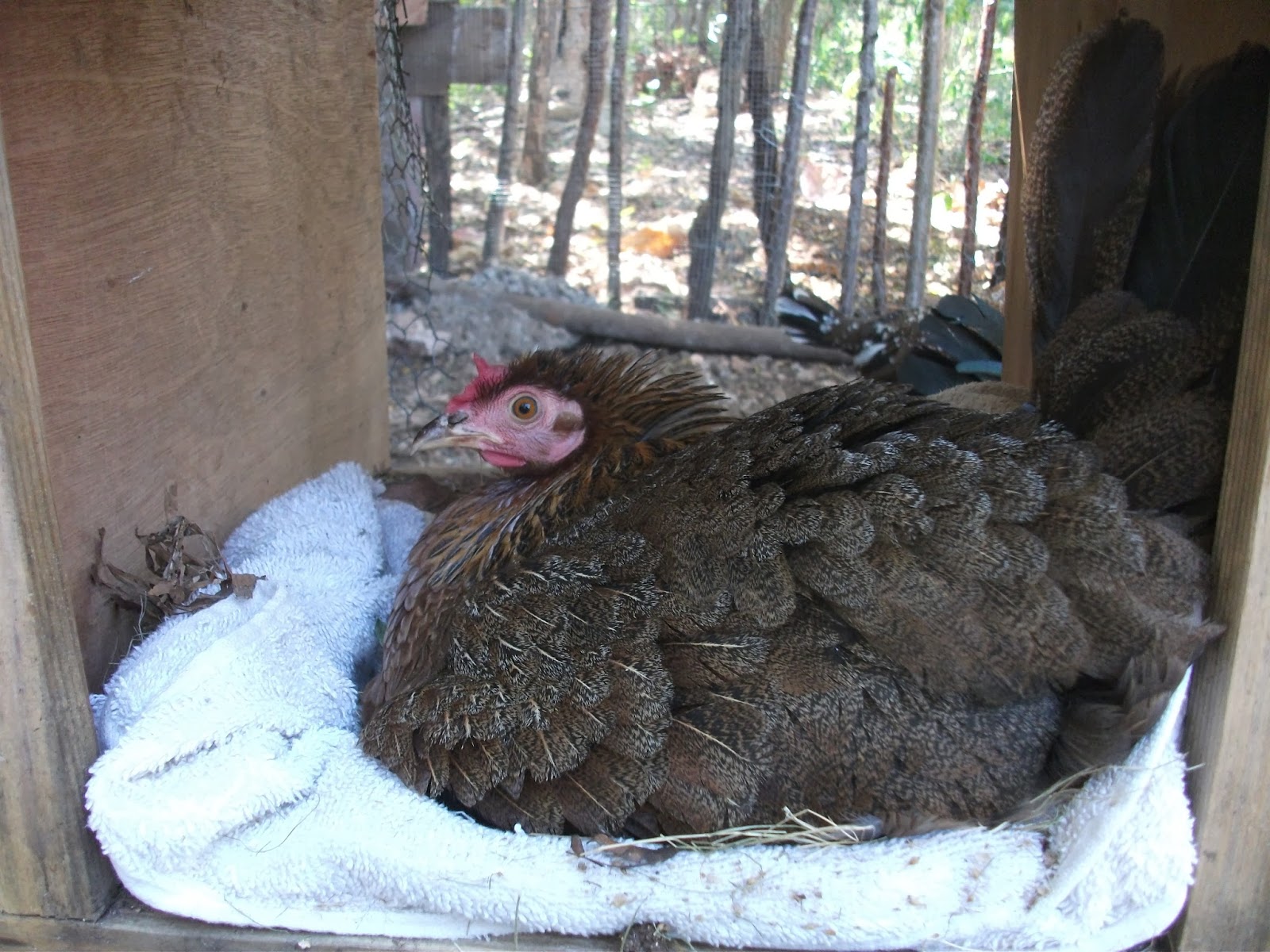 And Danilo has installed a bar for the chickens. Instead of just drinking water from a Presidente bottle they can now choose between Presidente and Brugal rum! 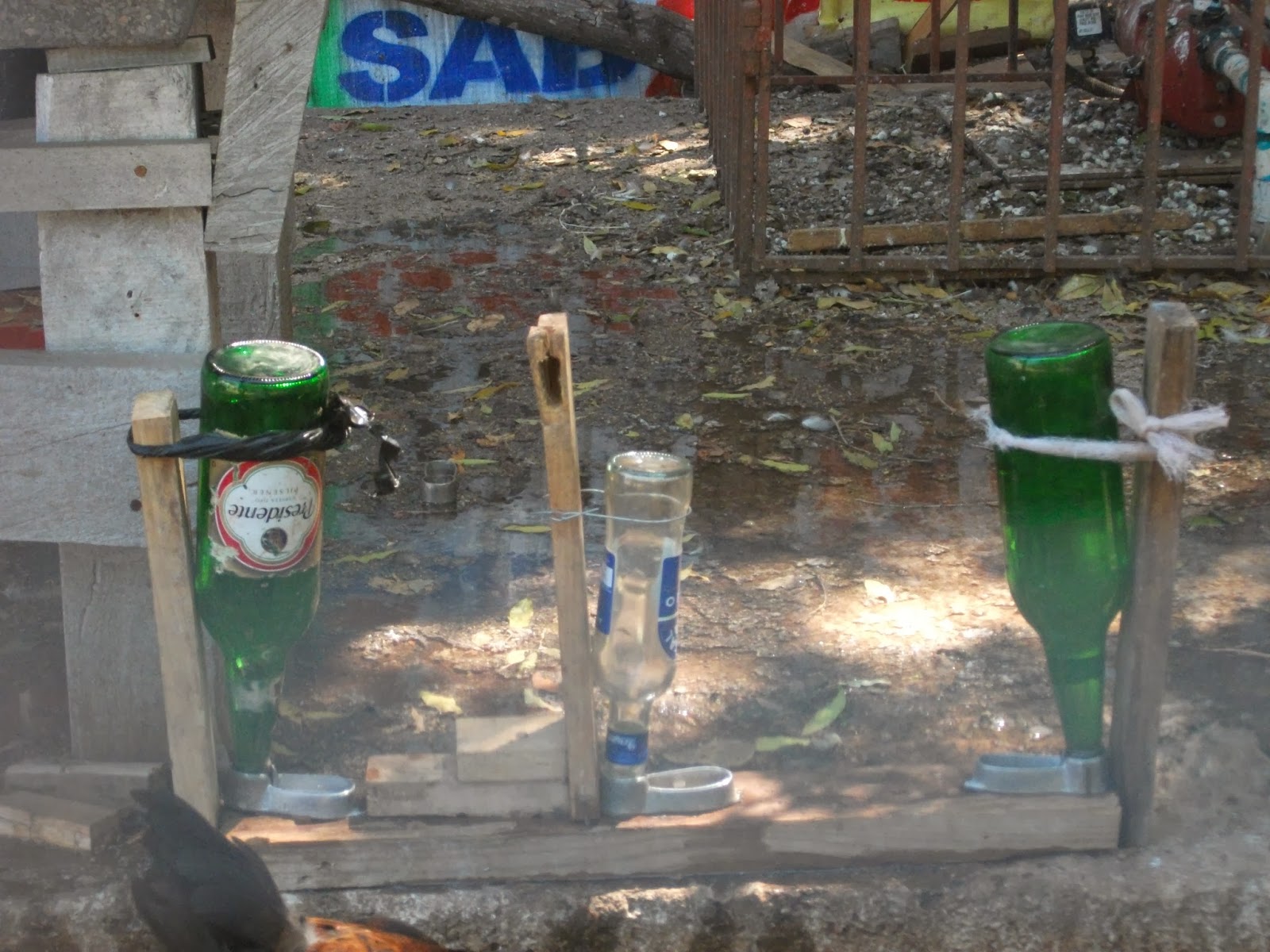 Tomorrow I am off on holidays to the most beautiful part of the country, the south west corner so the next blog will be reporting on that. When I get back the chicks should have been born too - something else to look forward to. Maybe I will get my towel back then.
Posted by Lindsay at 12:23 PM 2 comments:

On the road and the continuing chicken traumas

Apologies for not blogging for a while – it has been a busy couple of weeks.

Firstly we had visitors from Canada, which meant the house had to be cleaned, dogs washed, guest beds made and food bought. Once they arrived they had to be given their instructions: No toilet paper in the toilet, it has to go in the bin next to the loo. No using of electrical equipment such as the toaster or coffee maker when we are using the inverter as the electricity is off. Never drink the water out of the tap. Yes the internet does go off sometimes - just wait for it to come back on. No, the colmado doesn't sell peanut butter, you have to drive 2 to 3 hours to get that. They must feel they had gone to the back of beyond, and no going to fancy restaurants, instead I got them shucking peas for rice and peas for lunch. 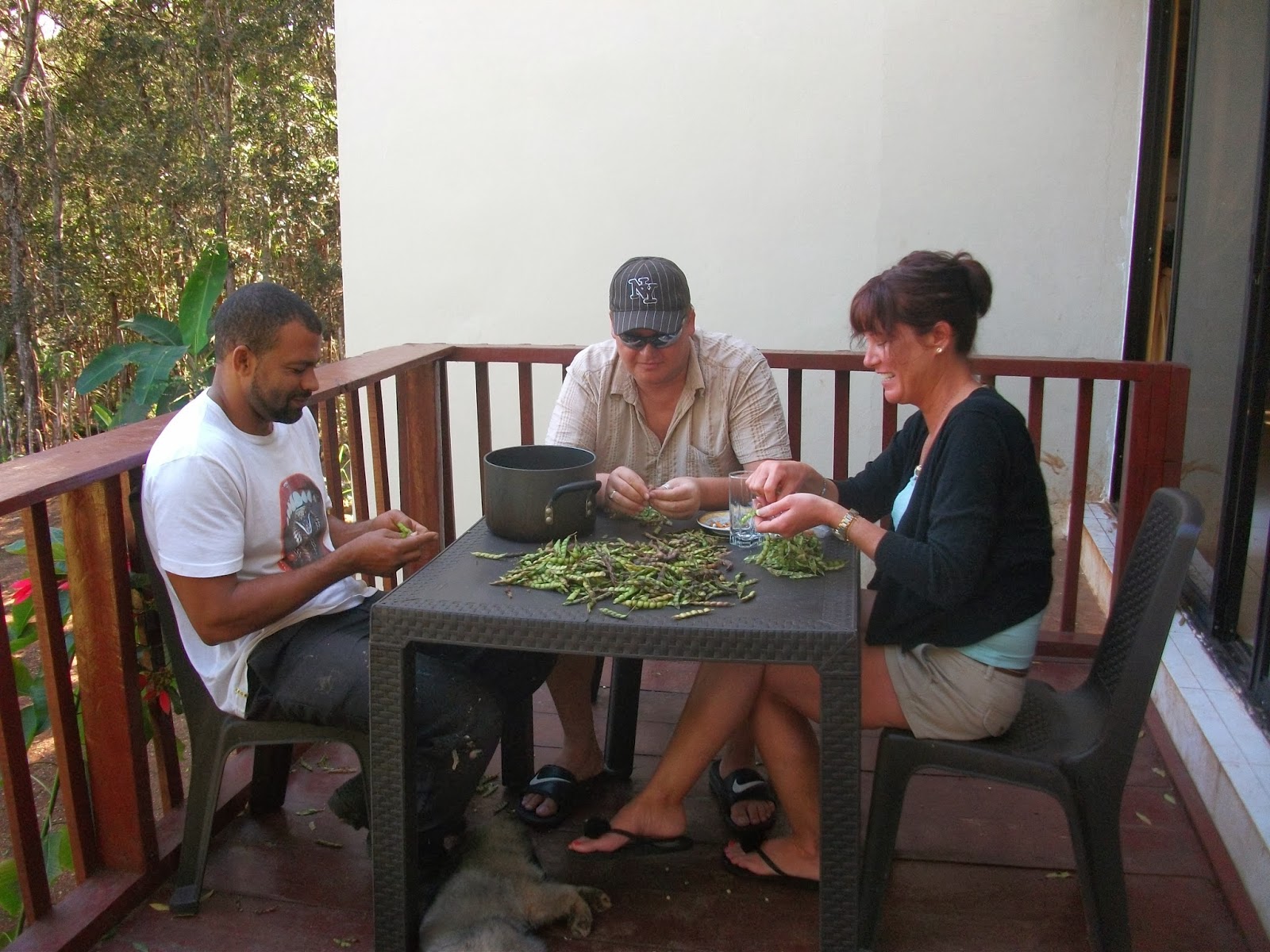 Then I was invited  to go to Puerto Plata on the north coast to speak about “What About Your Saucepans?” at the Meeting Place, which is a lovely English speaking bookshop and more. You can see their website here. It is located in a beautiful Victorian building in Puerto Plata. 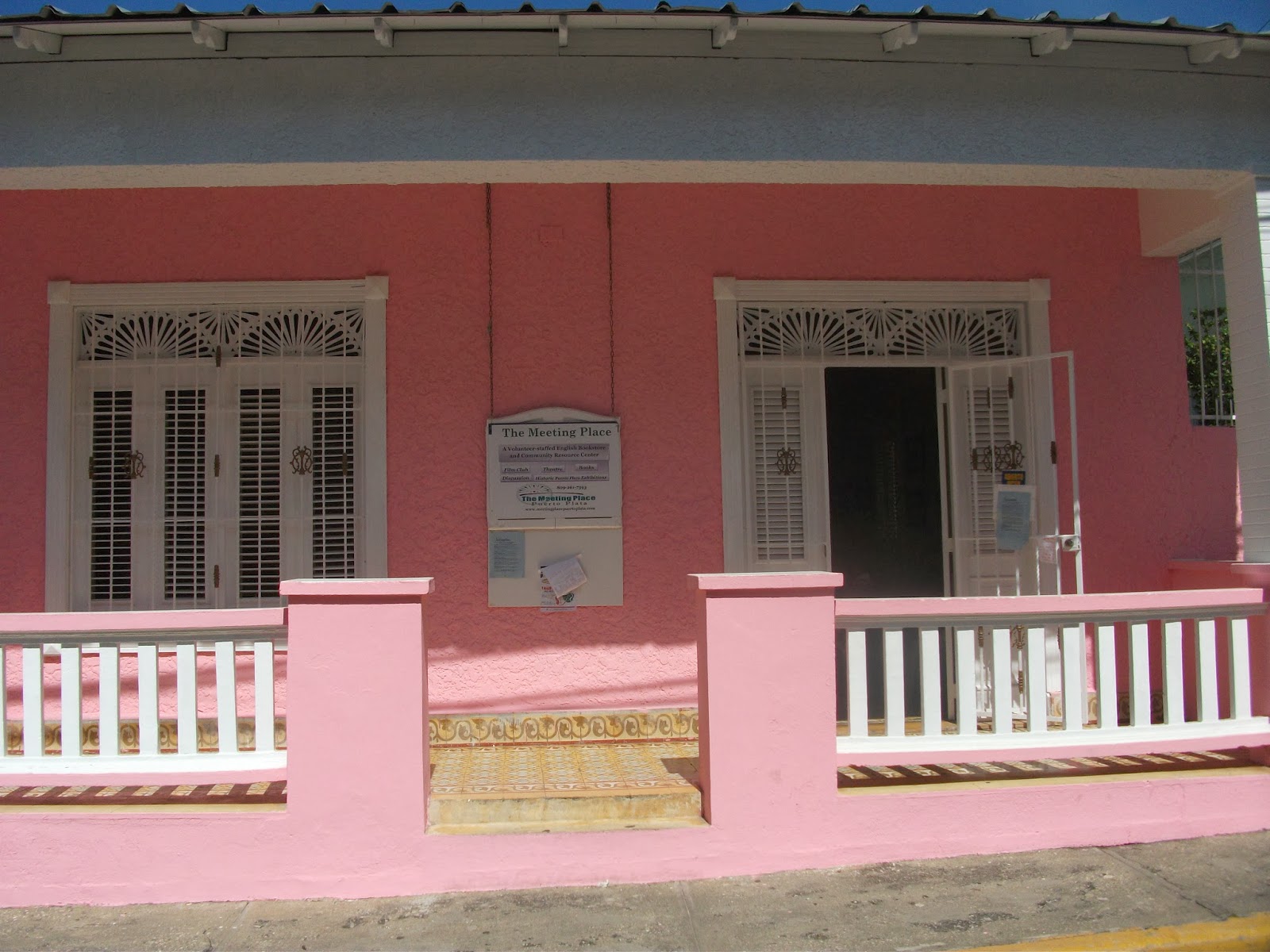 And there I am next to the seriously great Dominican authors! 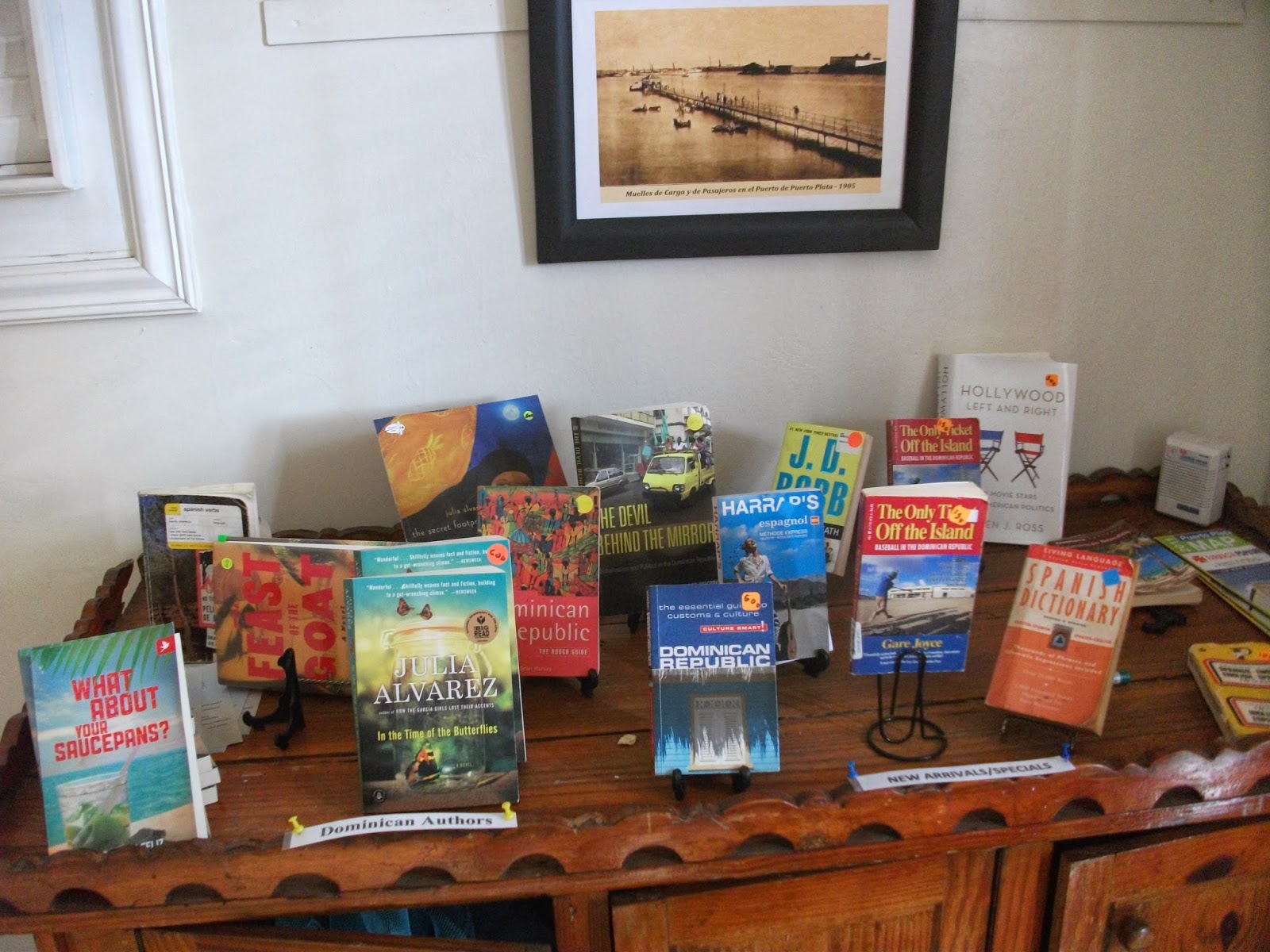 Off to Santiago then for a couple of days work, then back to campo land.

So I am sure you are desperate to know how the chickens are doing.  The hens are still not laying eggs and Danilo has decided the reason is that the big beautiful noisy cockerel is gay. The Dominican word for a cockerel bonking a hen is pisar, which literally means to tread. I find that interesting, as when reading Chaucer’s the Nun’s Priest Tale at school, Chanticleer(the cockerel) trod Pertelote (the hen). Or as Chaucer says "and trad hire eke as ofte". Obviously some link there. Well our cockerel wants nothing to do with the hens and spends all day long puffing his feathers up at next door's cockerel through the fence.

Anyway, as we had no eggs, I was dispatched to the convent to get some from the nuns and was told to ask them if their chickens had been “pisado” by a cockerel. Personally I think that is a tad personal to ask a nun so I didn’t, plus I can’t use the verb without giggling, and I had no idea why the sex life of the hens was so important. I was to find out.

The next thing I knew was the neighbour gave us a batch of eggs from a hen who had been trodden by a cockerel, or whatever we say in English, and one of our hens is now lying on the eggs, so I assume they will hatch. No idea why we need more chickens as unless the cockerel does what he is supposed to we won't ever have any eggs as it appears that Dominican hens do need to be trodden or trod or whatever before they lay - whatever Google says.

The ducks now have a pond rather than a wheelbarrow, but they have had to be separated from the chickens as a couple of chickens committed suicide and drowned in their new pond. 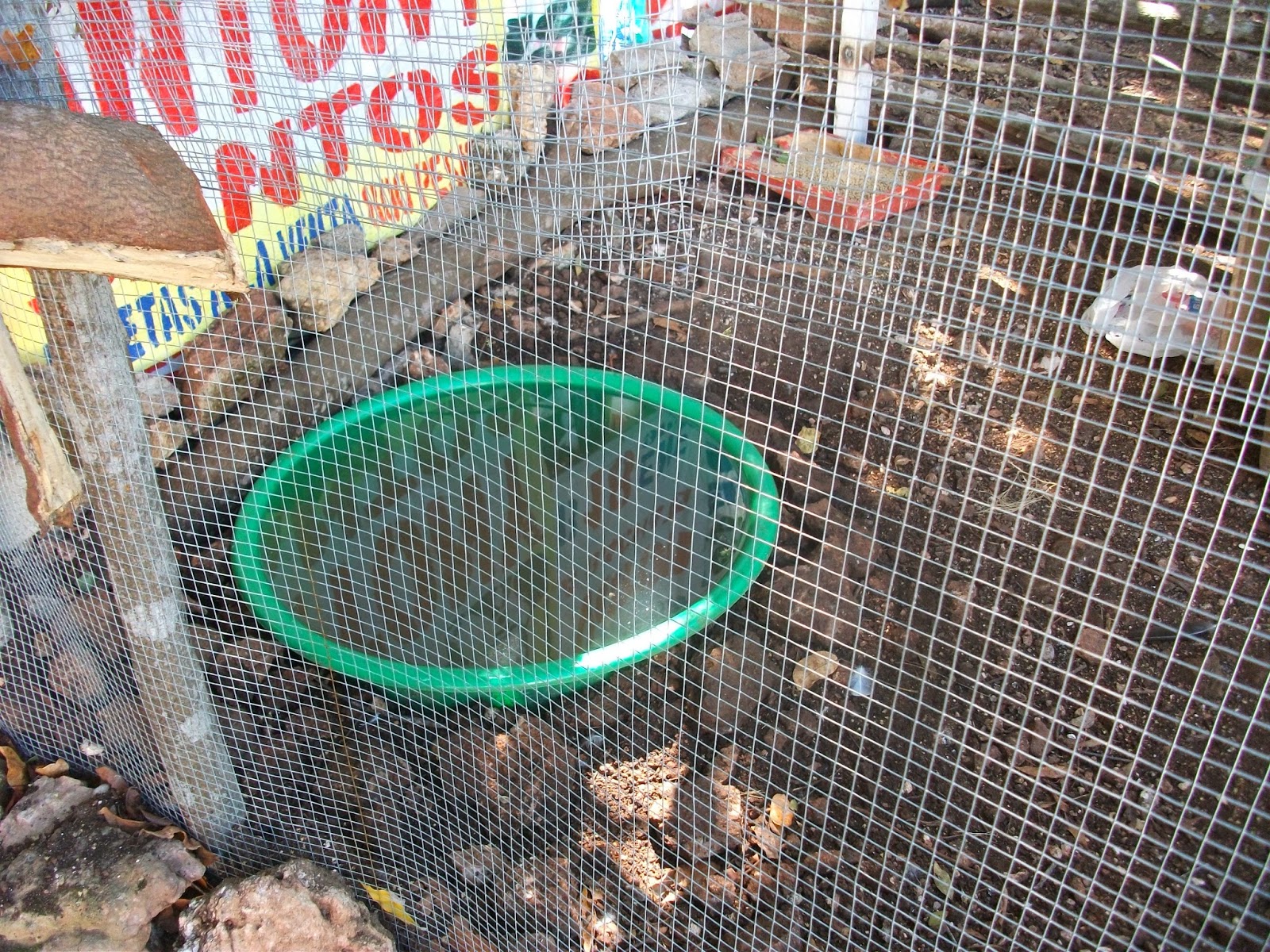 It still doesn't look like an English duck pond, but I suppose it is a bit better than a wheelbarrow.
Posted by Lindsay at 4:14 PM 5 comments: