Christmas arrived and the first people to start cooking were the neighbours as they celebrate on Christmas Eve and Barbara was cooking a massive feast for all her friends and relations. I have never seen such big pans. In this one was goat, and look, it has four handles to lift it with as it is so heavy. 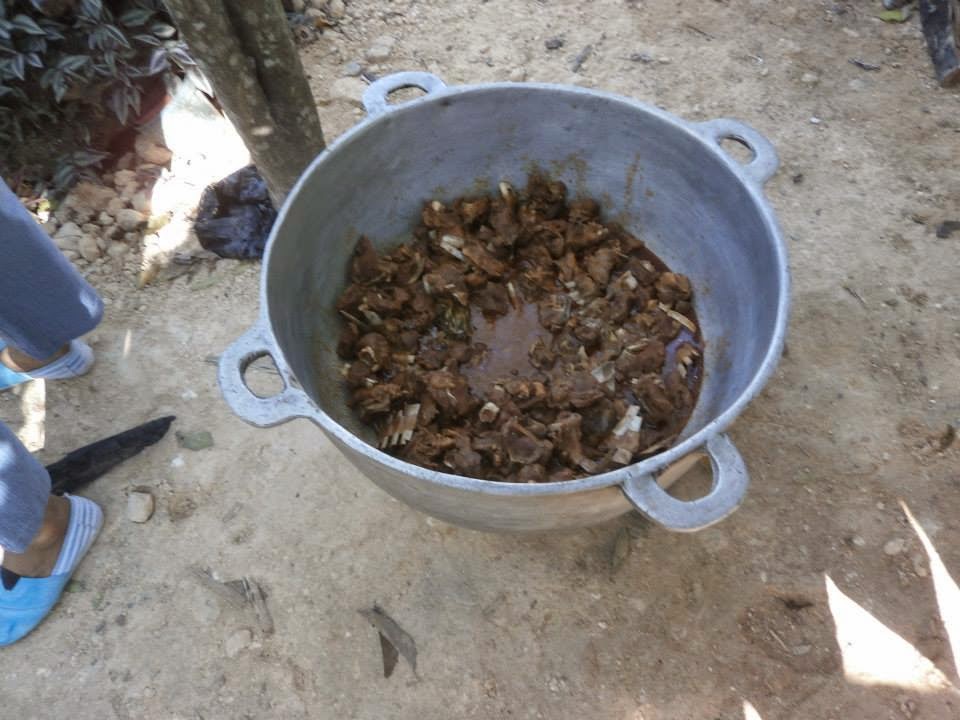 All of the women were outside cooking, and the men sitting drinking rum. 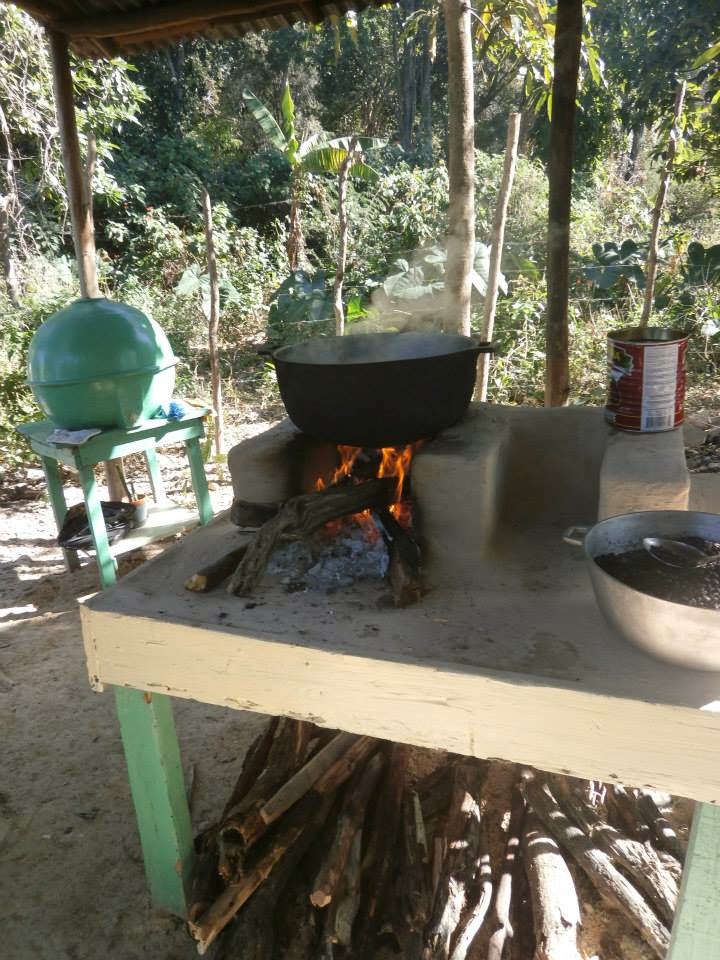 I actually took a video of the cooking. Spot the wooden paddle for stirring and Barbara is saying to the woman stirring, that if she is lucky I might find her a foreign husband, so if anyone is interested then just let me know!


Christmas in the wasp house was great. I cooked a massive turkey with all the trimmings minus the stuffing and the sprouts.  For the first time in years all of Danilo's sons were together with us for Christmas. Dany, Alberto and Christian, who was over from Spain. 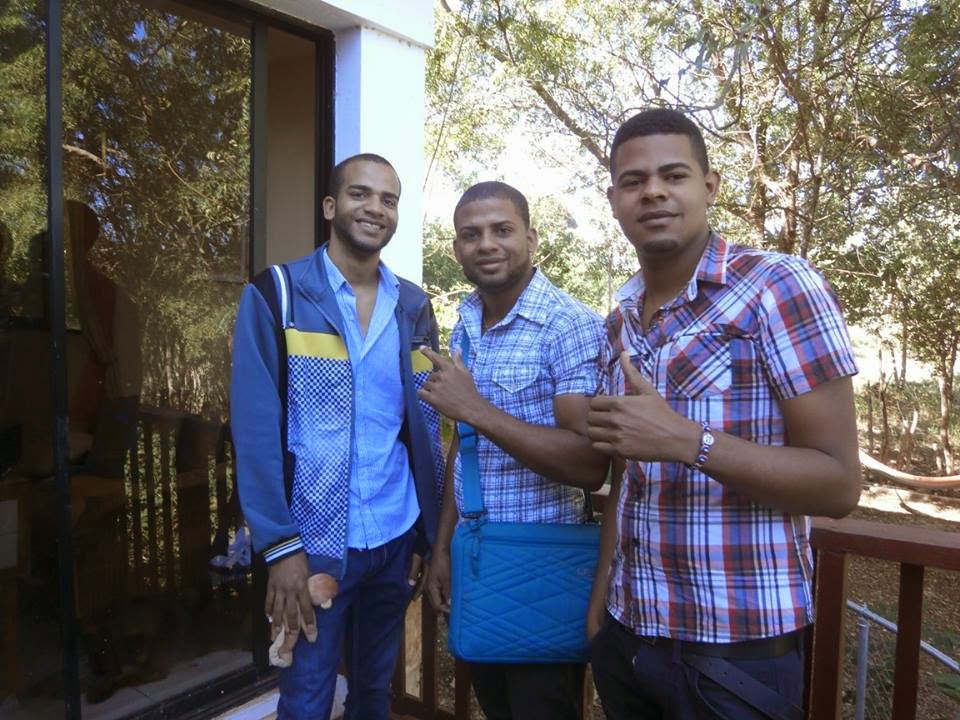 As well as the three boys, we had Chivirico, Albert who is Danilo's nephew, Ana who is Alberto's wife and the grandbaby. Saya, number one dwendy also came and some random chap who was going to a local cock fight - no idea who he was. 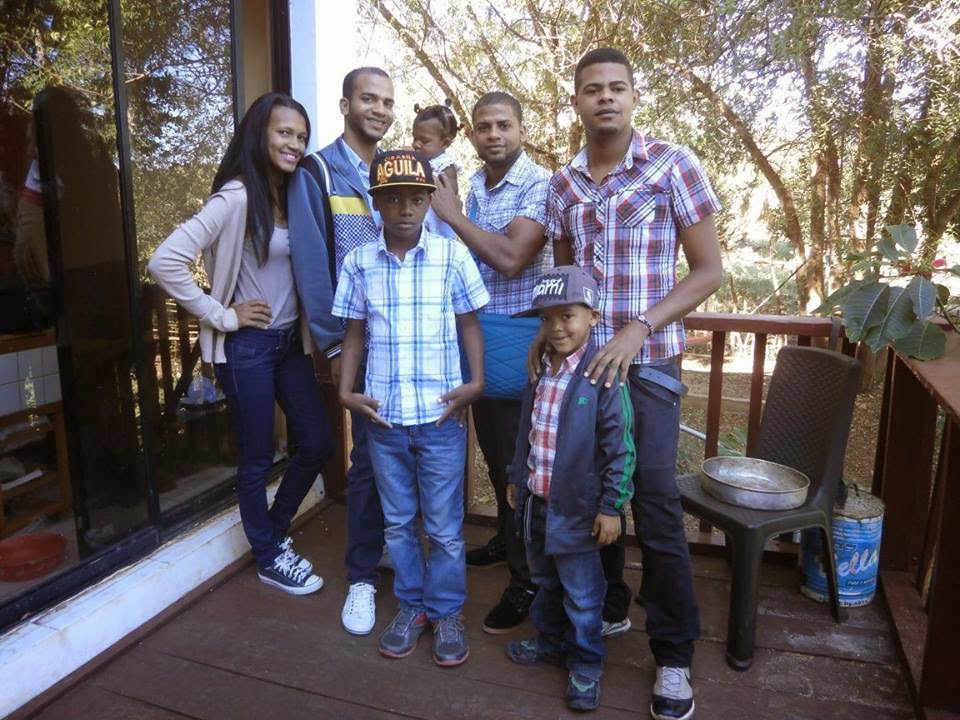 Chivirico had a great time, searching for his sack from Santa. I told him I heard a noise at 3 a.m. and Santa yelled "It's in the barbecue," and sure enough there it was. 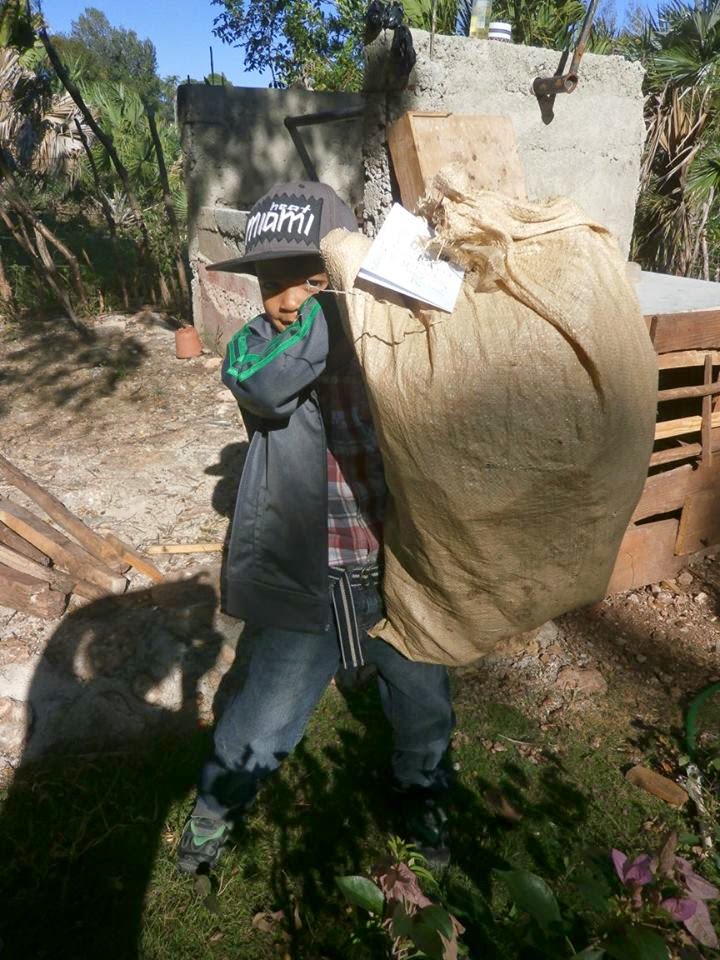 It had mainly baseball stuff in which he was thrilled with, but he pointed out that many things on his list weren't there and there was only one glove and he needed 5 for the rest of the boys he plays baseball with in the barrio. He then decided that there must be another sack somewhere in the garden so off he went to look. Not finding anything he then thought maybe Santa had dropped it in the neighbours' gardens so went off to search there. Meanwhile, three amazing women from Texas had already planned to come and see me with loads of baseball stuff for him in January, so they messaged him to say that a sack had fallen off Santa's sleigh as it flew over Texas en route to the DR and had landed in their back garden. It had a label saying his name and where he lived so they would bring it here. And they did, earlier this week. 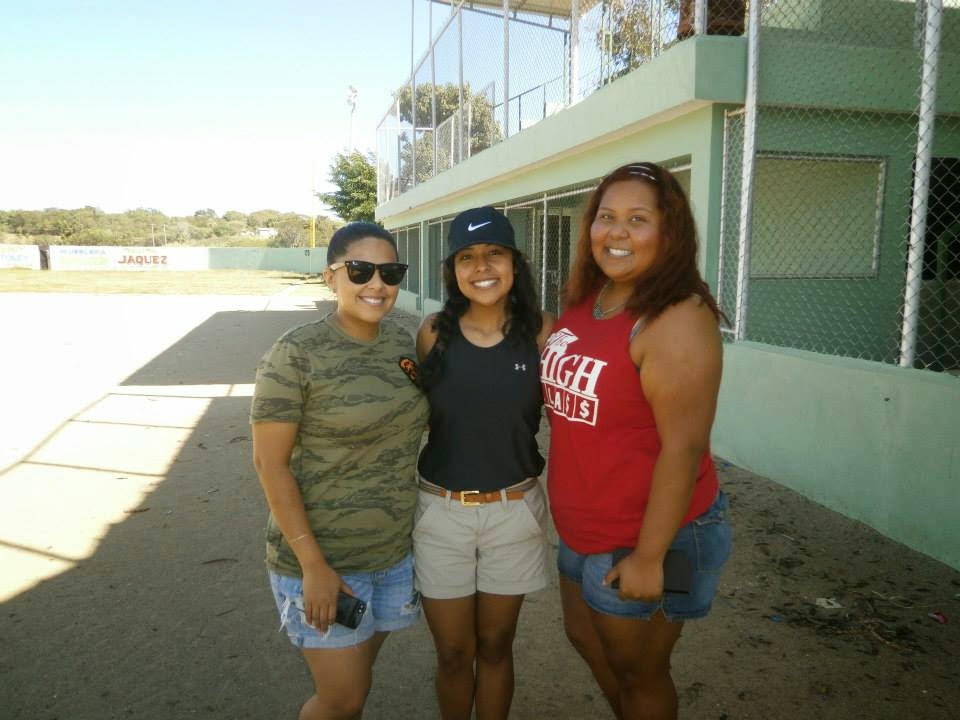 Jessica, Amanda and Rachel were simply amazing. I have never seen so much stuff in my life. It also helps that they know so much about baseball. The stuff was delivered to Chivirico's home, together with a full set of equipment for Albert and mountains of clothes for the grand baby.  I cannot tell you how excited the boys were. 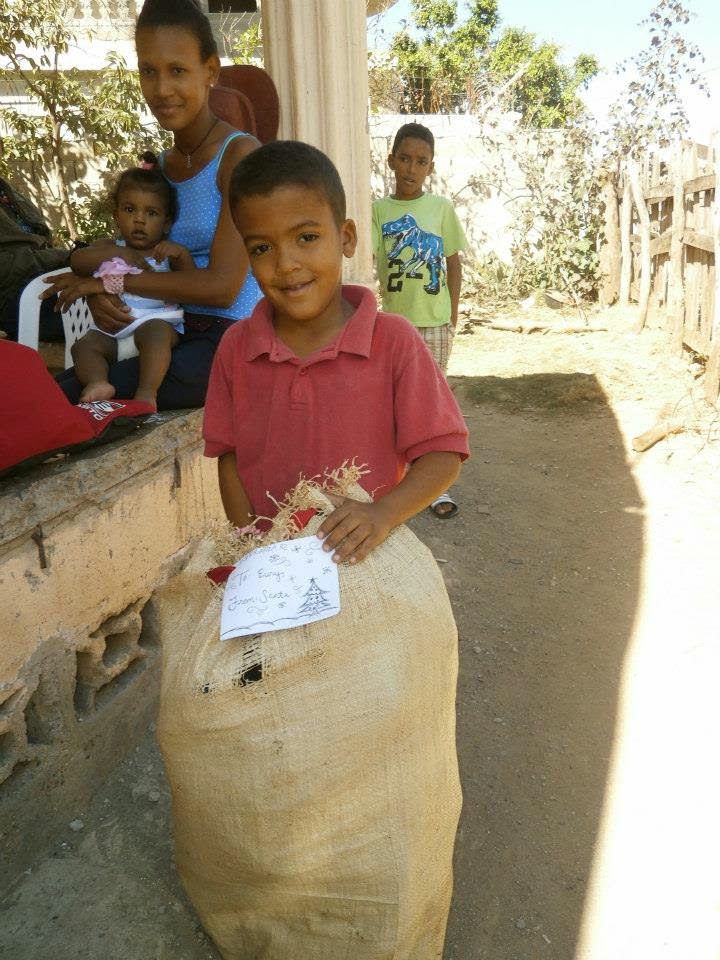 And this was the first time I have ever seen Albert smile. 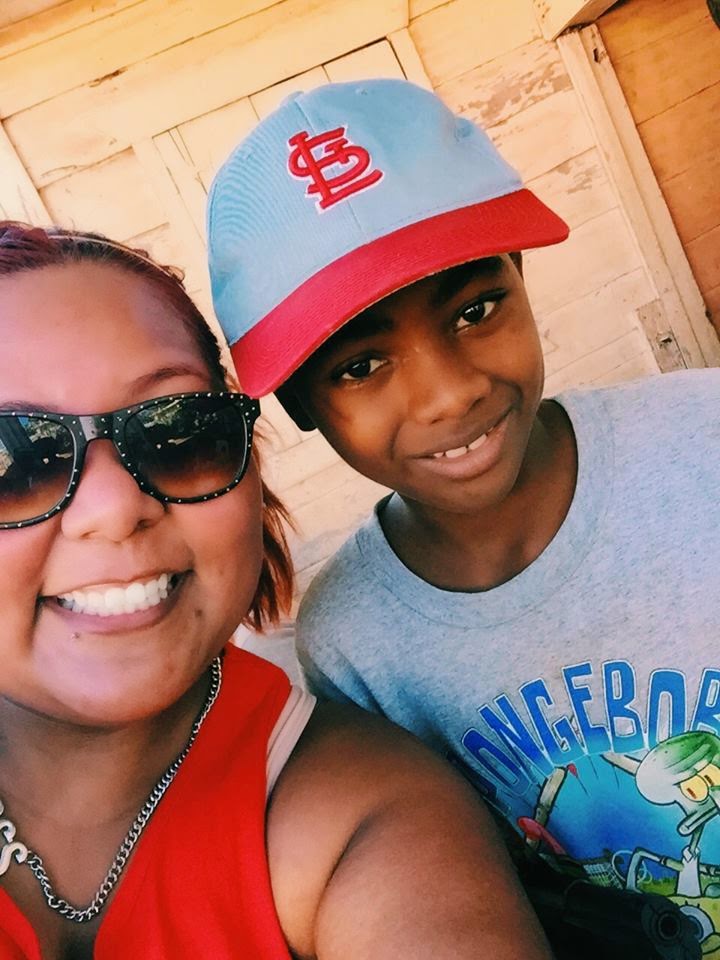 The girls took them out in the street and practised with them for hours. Both boys have now joined a local kids baseball team and apparently they both have promise. Watch this space in 10 years time when they both get signed for MLB. 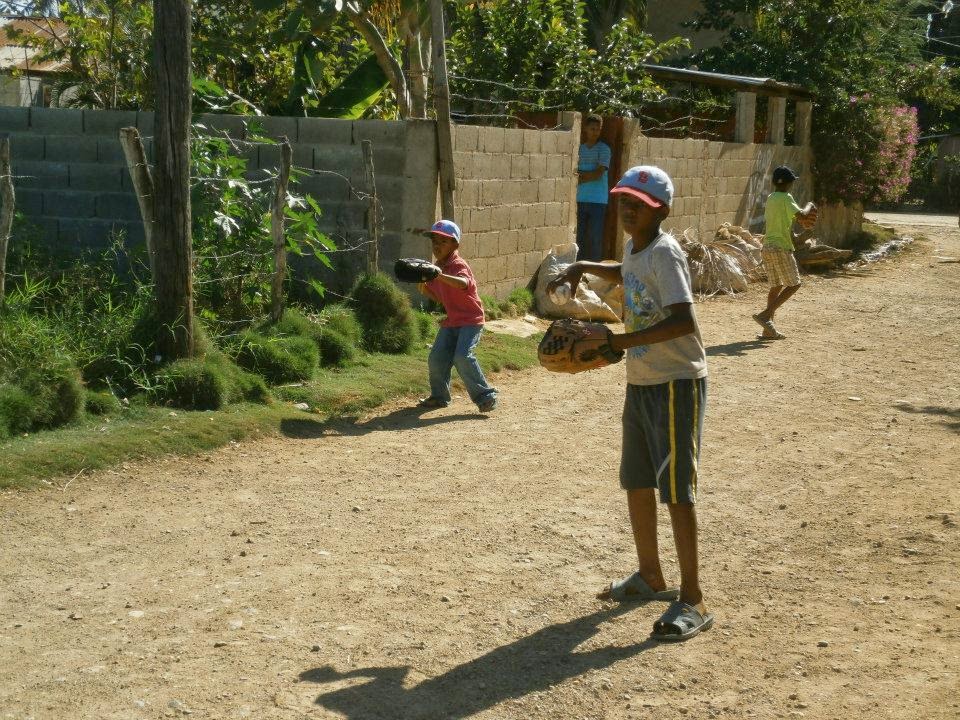 The boys were sad to see them go, as was I. 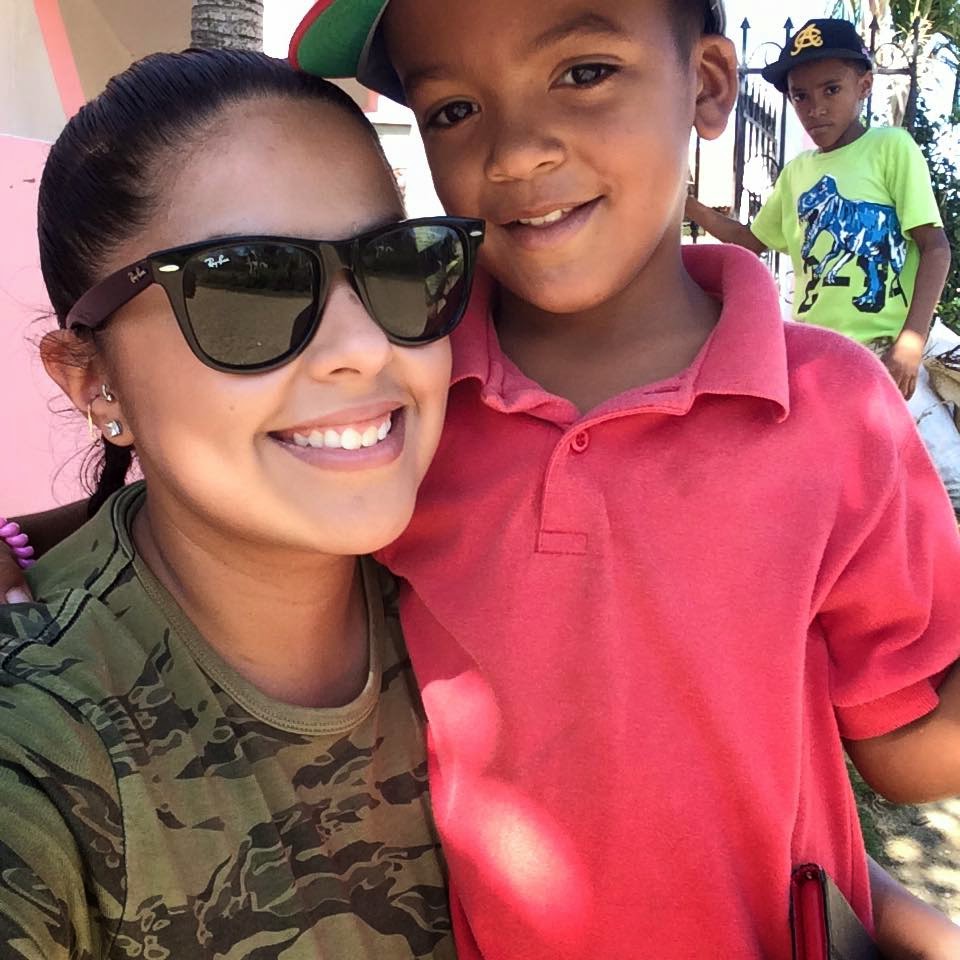 And finally, the continuation of my quest to become Dominican. Mother got copy of first marriage certificate, sent it to be apostilled and it was sent by DHL by the Foreign and Commonwealth office with 2 day delivery - supposedly. The certificate went from London Heathrow to East Midlands airport in the UK. Then to Barbados. Then Venezuela, then Panama, back to Venezuela then Santo Domingo and then took 3 days from Santo Domingo to Santiago (by donkey I assume). Scanned the document to Olga for translation and a week later off again to get it legalized at the Procuraduria and hand my documents in again. It was not to be. There were 1,000 people at the Procuraduria so Olga chatted to her mate there who said we could queue jump, and off to the bank to pay for the stamp. The system was down. Ban Reservas said it was the Procuraduria system down and the Procuraduria said it was the bank system down. Whatever. Outside the bank were hundreds waiting to pay and no one knew how long whoever's system it was would be down for, and whether it would be hours or days. It was obvious there was no way anything would be stamped that day. Off to the Ministry of Interior and Police to check whether Olga could hand in the papers for me - which she could - why didn't I think of that earlier?  Olga went 2 days later, papers handed in and all accepted. The interview is supposed to be 2 weeks after you hand your papers in - my date is early April. Dominican two weeks. But at least I am getting there albeit slowly.