Saucepans 2 is on the way

Far too long again so apologies. Usual excuse that I have been busy. In fact I have finished Book 2!! It has no title yet - apart from Saucepans 2, so I am still mulling over what to call it. It is now with the editor, who will start on it shortly and then she will send it back to me with all of the changes I  need to make. Once I have done that, then I have to do the front bits like Chapter headings page, dedication, acknowledgments etc and the back bits - biography. After that it goes to the proof reader, then to the designer, then we get a front cover, the typesetting is done and off we go to print. I will let you know when it is ready.

Life has pottered on as normal in the meantime. Danilo has finished his semester at university. And great joy, I was sitting at my laptop a couple of weeks ago and heard beeping at the gate. It was fishman and we hadn't seen him for months, so I assumed he was dead. Luckily he was not, but had fallen off his bike and hurt his leg and on top of that his wife left him.  Apparently men cannot live alone here so he had to get his 90 odd year old mother to move in with him. Anyway he had a six pound snapper so we bought it, and decided that if Danilo passed maths then we would eat it, and in the meantime put it in the freezer. 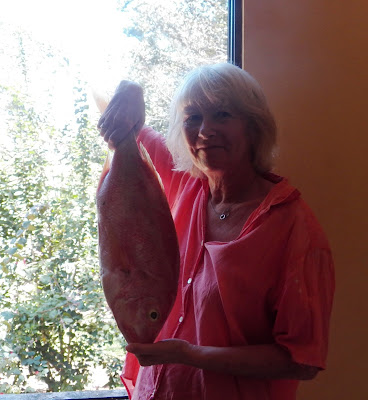 I should explain that Danilo and maths do not go together but to get his degree he has to pass three maths exams. He passed one and two in the first year with a lot of help from yours truly, but couldn't face number three. I didn't understand  it either - it was the table of truth whatever that is. So he just left it, but now he has only 4 courses to go he had to pass it, or would not qualify. So with extra tuition at university, help from me, lots of you tube videos, he actually passed. In total this semester he had 2 A's, 2 B's and 2 C's. Now only four to go. And we ate the fish! 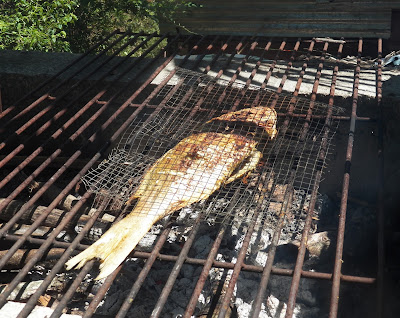 Work is continuing apace on the wall and every Sunday stepkids Alberto and Dany, Saya the dwendy, Ana and the baby, turn up to build the wall (and to eat and use the wifi). Today they are doing the second side of the front garden so at least Lobo the husky can be let out of his dog house and roam free in the garden. If there are any holes he will disappear and never be seen again.

My jeep is sick again, the clutch is stuck open, so it has gone off to the hospital to have that fixed and the windscreen wipers so that I can drive in the rain, oh, and the brakes as well. Not looking forward to the bill.

Albert and Chivirico are both fine, busy mopping the floor as I write. Dogs and cats are fine as well - nice not to have any major disasters for a few weeks!

Next post I should be able to give you an update on Saucepans 2.