Well I am sure you have all been waiting for news of the elections. The good news is that Danilo won. The bad news is that they took it away from him. 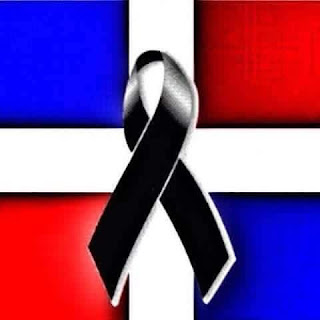 Let me explain. There are 17 of what they call mesas, or tables. One in each of the smaller communities and in the larger ones there are up to four. People vote, fold their votes up and put them in the ballot box. At the end of the day, which was supposed to be 6 pm but they extended it to 7 pm and only announced it on television and given no televisions in the voting centres the staff had no idea, they count the votes.

This year, for the first time it was supposed to be electronic counting in that the votes should be scanned and put through a machine which took the count directly to the Central Electoral Court (JCE). But…. some of the voting centres had no electricity, most had no internet, some had no idea how to use the machine and some didn’t know the password, so in the end the counting was done manually and the law says that the manual count would override the electronic count.

Danilo won every single one of the 17 tables. How did he know? In each voting centre each candidate has a delegate to check there is no funny business, along with a member of the local Electoral Court. He didn’t just win by a little, he won by miles. As the votes are submitted to the JCE they issue bulletins. In the first bulletin, with over 11% of votes counted, Danilo was in the lead with 33.23% of the votes. Second was Noel with 23.42% ( he is with the PRM) and third the current mayor with 22.47%. Danilo was around 10 percentage points in the lead.

Then everything went horribly wrong. As the votes for each centre are counted they are entered onto what is called an Acta. These are taken to the main office in Guayacanes for sending on to the JCE. All of the delegates went to the main office in Guayacanes with the ballot papers and the Actas, and the Head of the local Electoral Court submitted the first bulletin. He could see from the other Actas that Danilo had won by miles. He told the staff it had been a long day and to go home and they would finish off in the morning. When they returned in the morning the Actas had all been changed, new bulletins issued and votes had been taken off Danilo and given to the existing mayor. The people in the local Electoral court should be supervised by the candidates or their delegates to see again no funny business. But when the office was closed, in the middle of the night, the members of the local electoral court went in, with members of the existing local government and changed the numbers on the Actas. By the following morning the existing mayor was in the lead with 31% of the votes and Danilo had crashed down to 22%.

Impossible. He complained along with all of the other candidates, they went on television, they went to court and the case was ruled inadmissible. In addition the JCE have now forbidden any recounts or any rechecking of the Actas.

This happened in another 29 municipalities throughout the country. People are complaining, burning local election offices down. Their votes are worth nothing. You all know I love this country, but here there is no democracy. Guayacanes had the chance to have a mayor who would do all he could to improve the lives of the people there, and they voted for him. But due to the local head of the electoral court and the massive corrupt nature of the current mayor their votes were worth nothing. There is no point in having elections here, just a huge waste of time and money. There is no point in having an electoral judiciary as they are incapable of delivering justice.

We, along with the other candidates have a new lawyer who appears to be confident that he can ensure there are new elections. It has never happened before so I am not as confident, but maybe at the very least we can ensure a recount – assuming the ballot papers do not disappear in the meantime.

So we wait and see. Across the country there are protests, complaints, hunger strikes and riots. And the new government has said not a word. Danilo Medina had an overwhelming victory but has not commented at all on what happened. Maybe he is just hoping it will go away, and given the impossibility of fighting the system here, it probably will.

The losers in this are the people of Guayacanes. In the last 6 years there has been zero development and a massive increase in crime. Things will only get worse, and unfortunately even though they tried to change it and vote Danilo in they were simply crushed by fraud and corruption.

There are 10 days to go to election day so by the time I write my next blog I will either be the First Lady of Guayacanes and life will changed dramatically, or I won’t be and life will continue in the mountains.

In the meantime I get on with looking after the animals – we have 10 new baby chicks which I have managed to keep alive so far – and working to try and raise campaign money.

I had a visitor a week or so ago, Heather who I have known for years since she lived near Juan Dolio working in the bateys – the sugar cane areas where the Haitian workers and their families live. 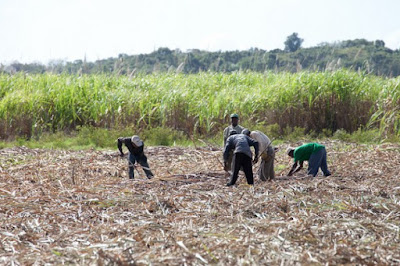 She used to come and see us at the weekends for a hot shower, a swim and an Indian curry. She was back in the DR for a week bringing a group of school children to volunteer in the batey and Danilo took a day off from campaigning to bring her up to me. The only problem was that the house was filthy as I have no time to clean and since the neighbour’s chickens keep flying into our garden only to be terminated by the dogs, it is less stress all round for me not to let the dogs outside – which means more mess.

I happened to mention to a neighbour, Angela, that I needed to clean and she said she would come and help, as only a Dominican would. I still had loads of work to do, so my plan was to get the work finished and then clean, especially as I found out that Danilo would pick Heather up at 10pm rather than the agreed 10am – Domininican time.

Angela arrived at 8.30 and told me to leave her to get on with it and she would start upstairs. She explained she would firstly get rid of the dirt and then mop as the floor had to be clean before you mopped. Whatever – all I know is that Dominican mopping leaves floors pristine clean compared to my English mopping. All you need is a mop and a bucket of water with disinfectant and bleach. No fancy squeezy thingies. 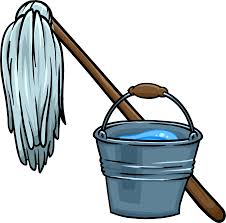 So I just carried on working. An hour or so later I saw water pouring into the dog house, then down all the windows, then down the stairs. I went to investigate and Angela said you got the dirt out with water, not with a brush. You just poured water everywhere then swept it outside. The only problem was that all of our ways outside have steps on them to stop the water coming in, and by the time she had finished upstairs and down, we had around 500 gallons of water in the house on the floor and no way of getting it straight out. She pointed out that that was ridiculous that there was no way of sweeping the water out and how on earth did I mop. I explained I mopped the English way and she pointed out that was why the house was not very clean lol.

I suggested the fire brigade, but she told me they didn’t suck water, they squirted it, and anyway they never had any (we could have filled up the truck), so the final solution was 8 hours of mopping, squeezing and using everything we could to get rid of the bloody water. By the time that Heather arrived at midnight, the house was pristine. She brought Chivirico with her too which was an extra bonus

It was lovely to see her but then back to election fever. 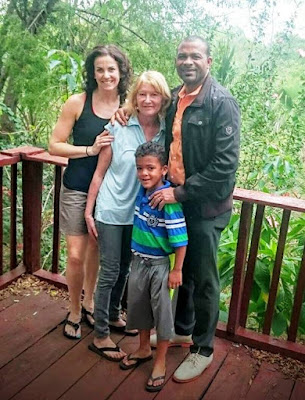 Danilo has meetings all this week and is working non stop talking to people - old and young. 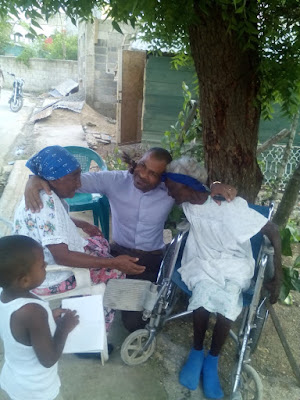 On Saturday 7 (unless moved which would not surprise me), he has his closing event which is really important as it will show how much support he has – he still thinks he is well in the lead as long as we can find enough money to get people to the polls on the Sunday. I remember the one six years ago as if it was yesterday (with my nose making an appearance). 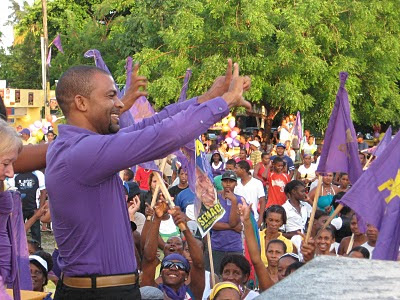 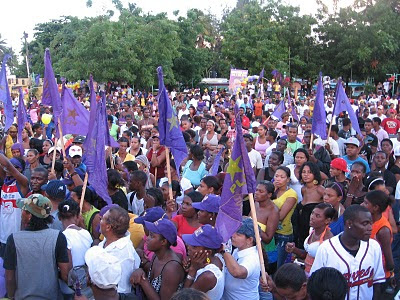 There have been a few election hiccups in that having spent millions on scanning machines so that the ballot papers are scanned and then the results announced automatically, no one believes the machines will work so it has now been agreed that the presidential count will also be done manually. So far the votes for senator, deputies and mayors will rely on the machine which is causing great trepidation. I did suggest to Danilo that the people in the election offices should count the votes as they put them into the machine but apparently that is not allowed - they have to put them in without looking at who was market on the ballot paper - which is adding even more doubt to the process.

Should he win, Danilo has decided my job will be as International Adviser – which is a non paid position lol. I will need to work with foreigners to try and help the municipality but I will be looking for ways for people to help themselves.  He is going to reopen a closed down college and I will be looking for volunteers to come and run programs to help the local people especially the youth, to learn at least the beginnings of a trade such as plumbing, mechanics, electrical, computing, anything technical. The positions will be unpaid (lol) but if anyone wants to come from overseas they can stay free with us with free food. After a short training period I want to see if I can then set up apprenticeships with local businesses so that people get jobs and businesses get help and both with the advantage of first world expert training. Maybe I can also work with the government training college Infotep which has a branch in San Pedro.

It will all be very exciting and I can’t wait to get started – just have to wait 10 days to see and cash to get people to the voting station to raise. Watch this space as they say.