Danilo went to pick Chivirico up to spend the weekend and he was late coming home. The reason was that Chivirico's grandfather had a present for us. According to Danilo this will make us very rich when it gets to Christmas time. Yes, we are now in the turkey breeding businesses. 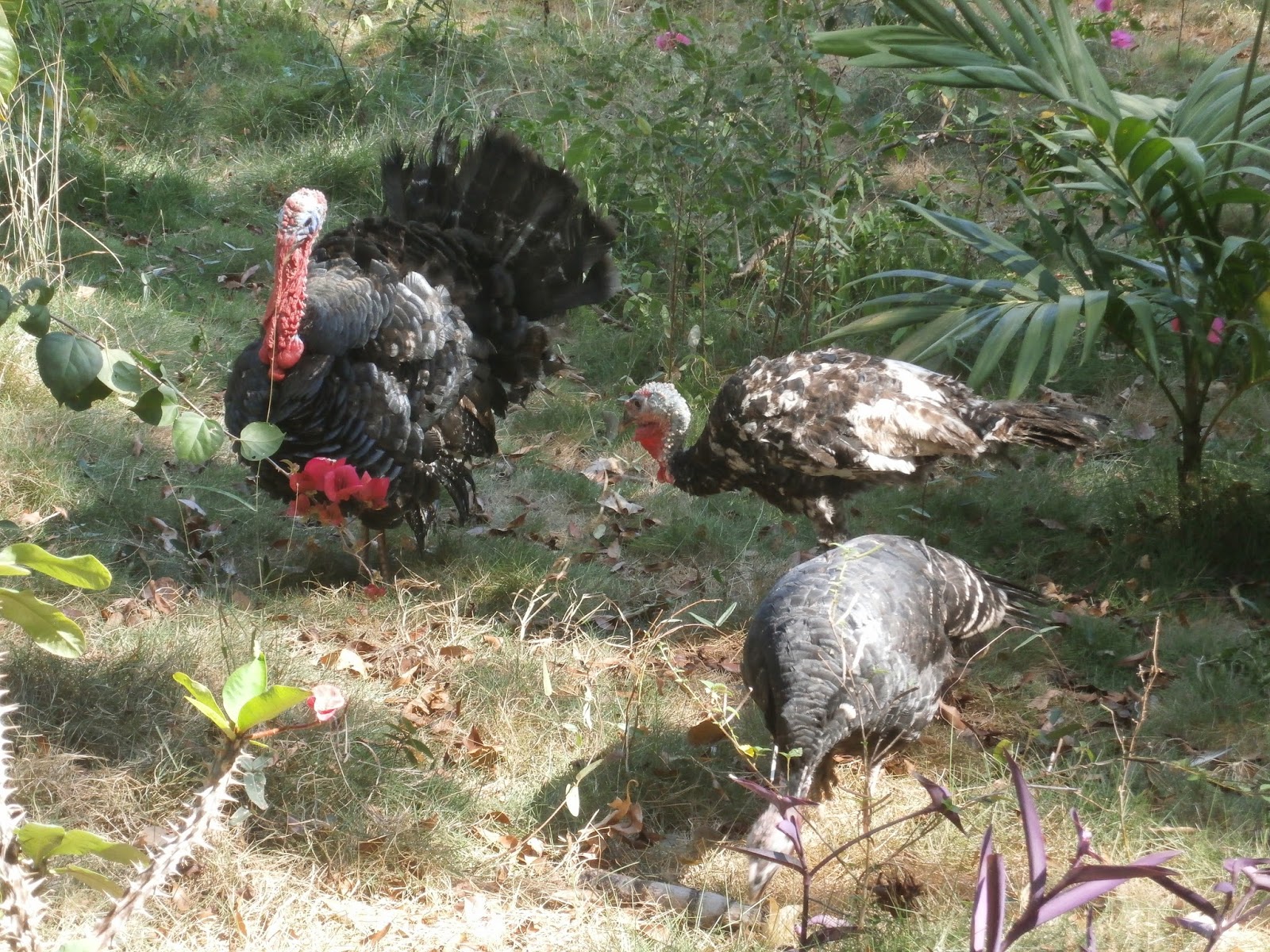 Let me introduce you to Stuffing (male) and the two females, Sprout and Parsnip or as Danilo calls them Etuffin, Esprow and Parnees.

They are most peculiar birds. Stuffing keeps puffing himself up and doing a funny little walk and sticking his tail in the air and he keeps changing his face. One minute it is blue and white and then this thing on his nose, which is usually a white stub about an inch long, turns red and dangles down about six inches. 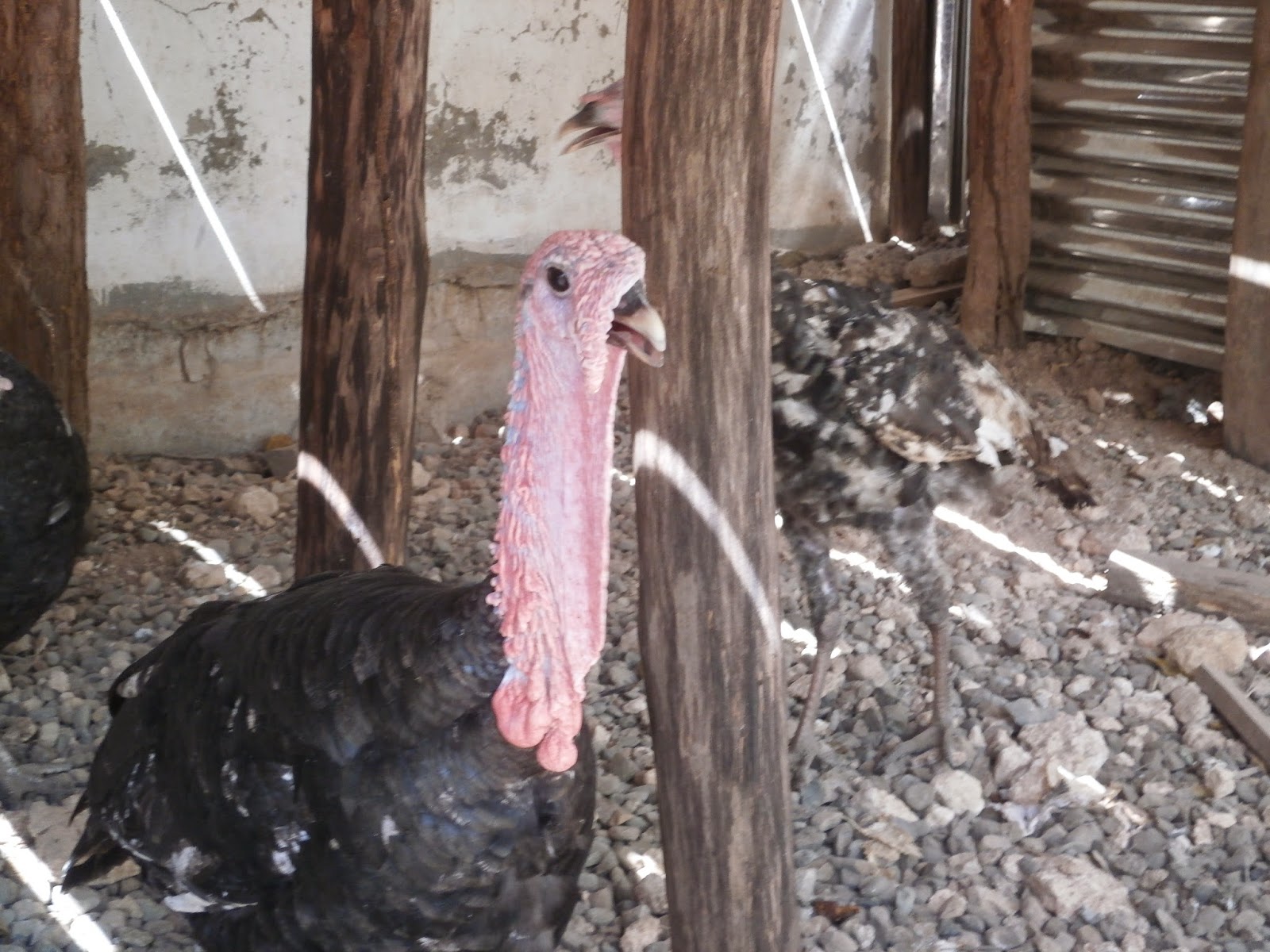 Apparently it is called a snood and serves no useful purpose but is there to attract the female as is his red wrinkly neck which is called the wattle. In Spanish the word for the snood is moco which also means snot! They both fill with blood and turn red when he is aroused which in Stuffing's case is every five minutes it seems. He was obviously only slightly attracted to me when I took this picture as his snood didn't get very big and he only turned pink and not red.

They were loose in the garden but we had only had them a couple of days when night began to fall and Parsnip decided to roost on the fence round the dog house. It took Lobo seconds to knock her off her perch and set on her. I managed to get him off and although she had a hole either side of her chest she made a miraculous recovery so they now are living under the balcony until such time as Danilo fences off part of the dog house so that Lobo can't get to them.

If they were intelligent, which I understand turkeys are not, they would be able to take themselves off to bed but when they were loose Danilo had to pick them up and put them on their perches in the cellar and given that I won't do that they will have to be put back under the balcony when he isn't here.

There is no sign of any eggs yet, so the breeding hasn't started but apparently they are not sexually mature until 7 months old and these are only three months old. Goodness only knows how big they will get.

On the Monster front there is sad news. Mrs Monster passed away yesterday. When chickens have sex the male stands on top of the female (bet you didn't know that) and with Mr Monster having such big feet he had actually made holes in her and we couldn't see them under the feathers. They became infected and she died. Mr Monster is inconsolable and stands looking at the wall on the top step and crying. 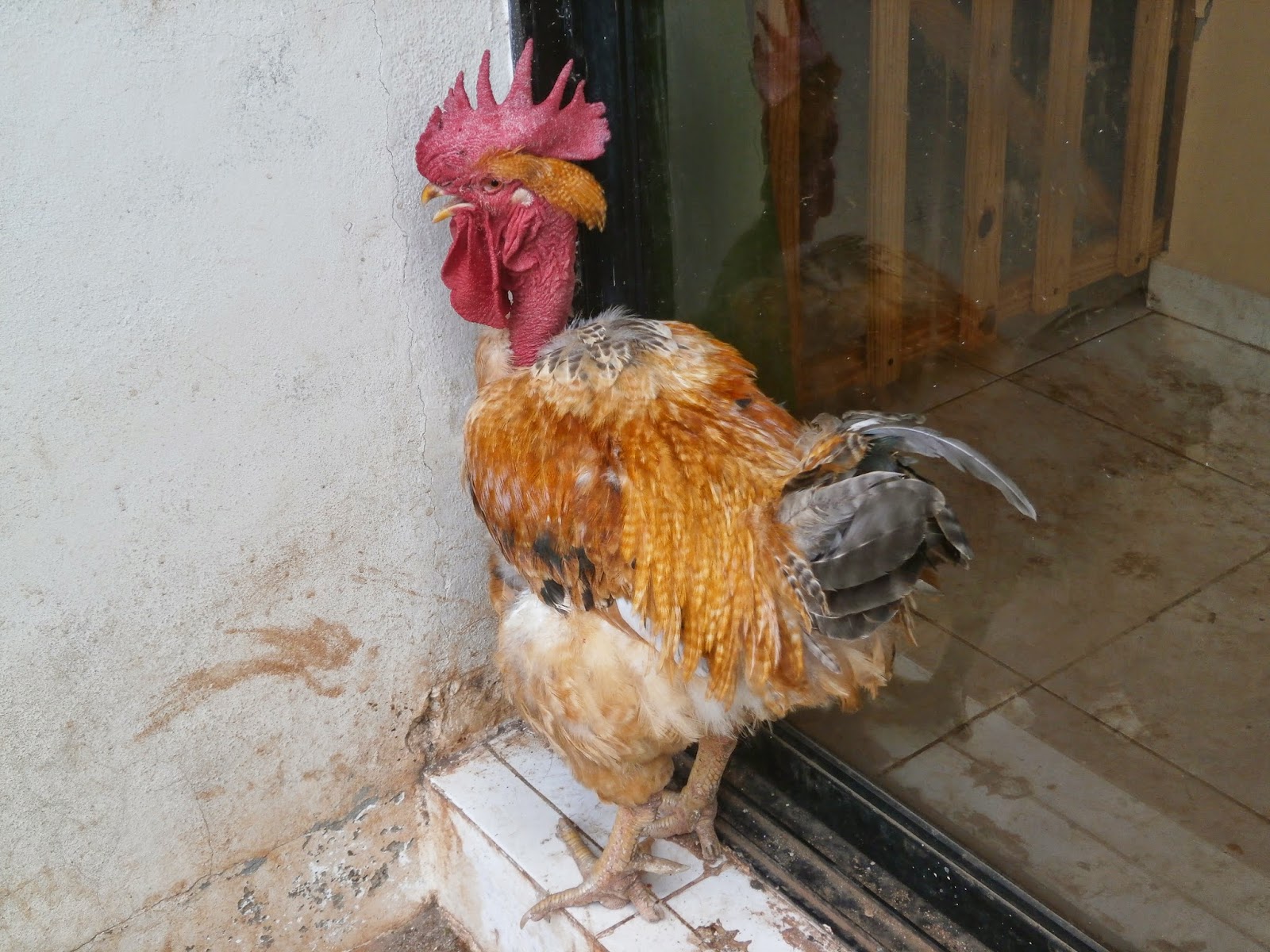 I have no idea what we will do about finding him another mate as all the other chickens we have are small and could not cope with him. She did leave her eggs behind and so another chicken is sitting on them. Some memento of her will remain.

On a brighter note when Chivirico was here we made pizza. We have to do it all from scratch so first it was making the dough which rose beautifully. 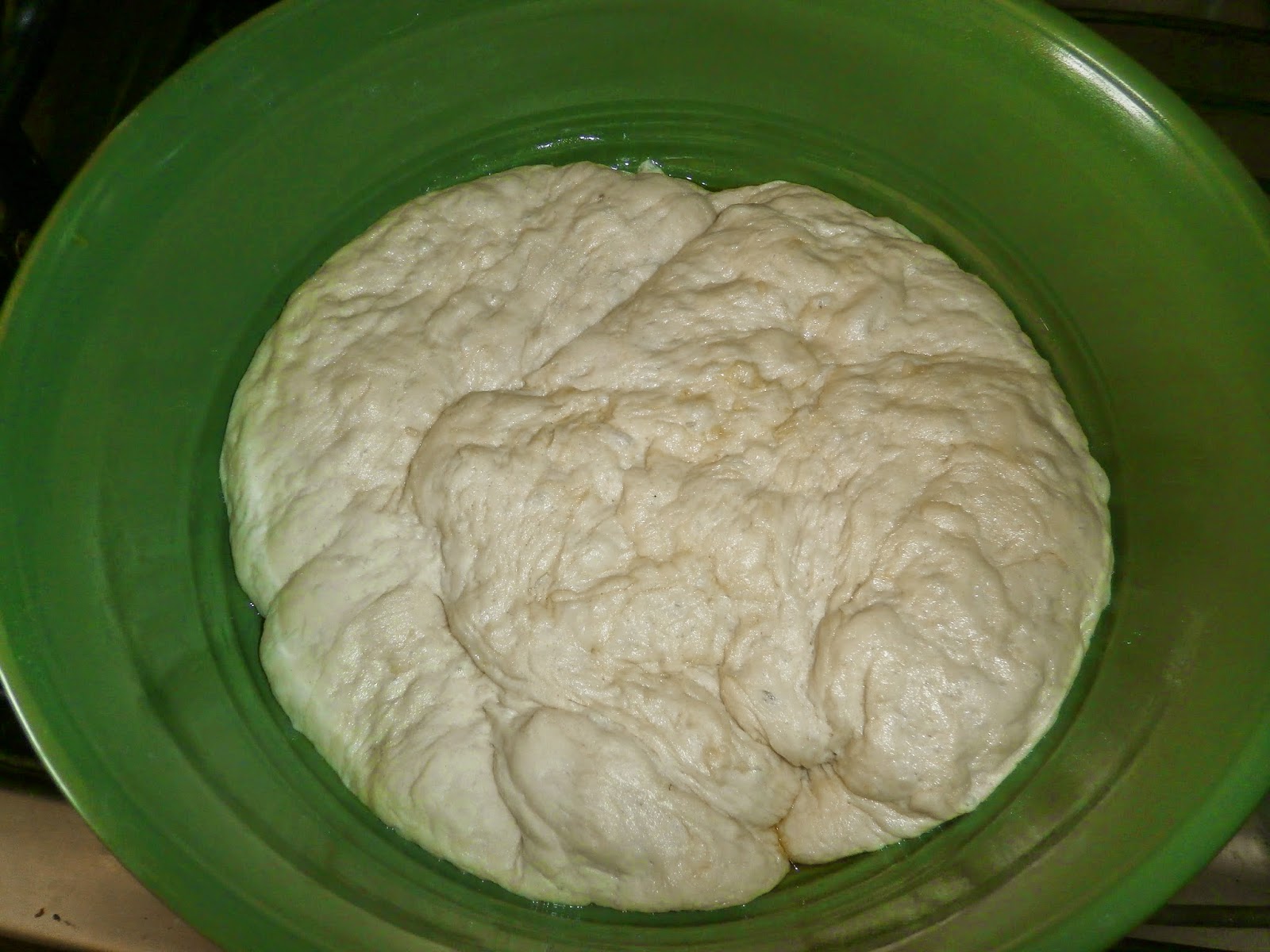 Then we made the tomato sauce 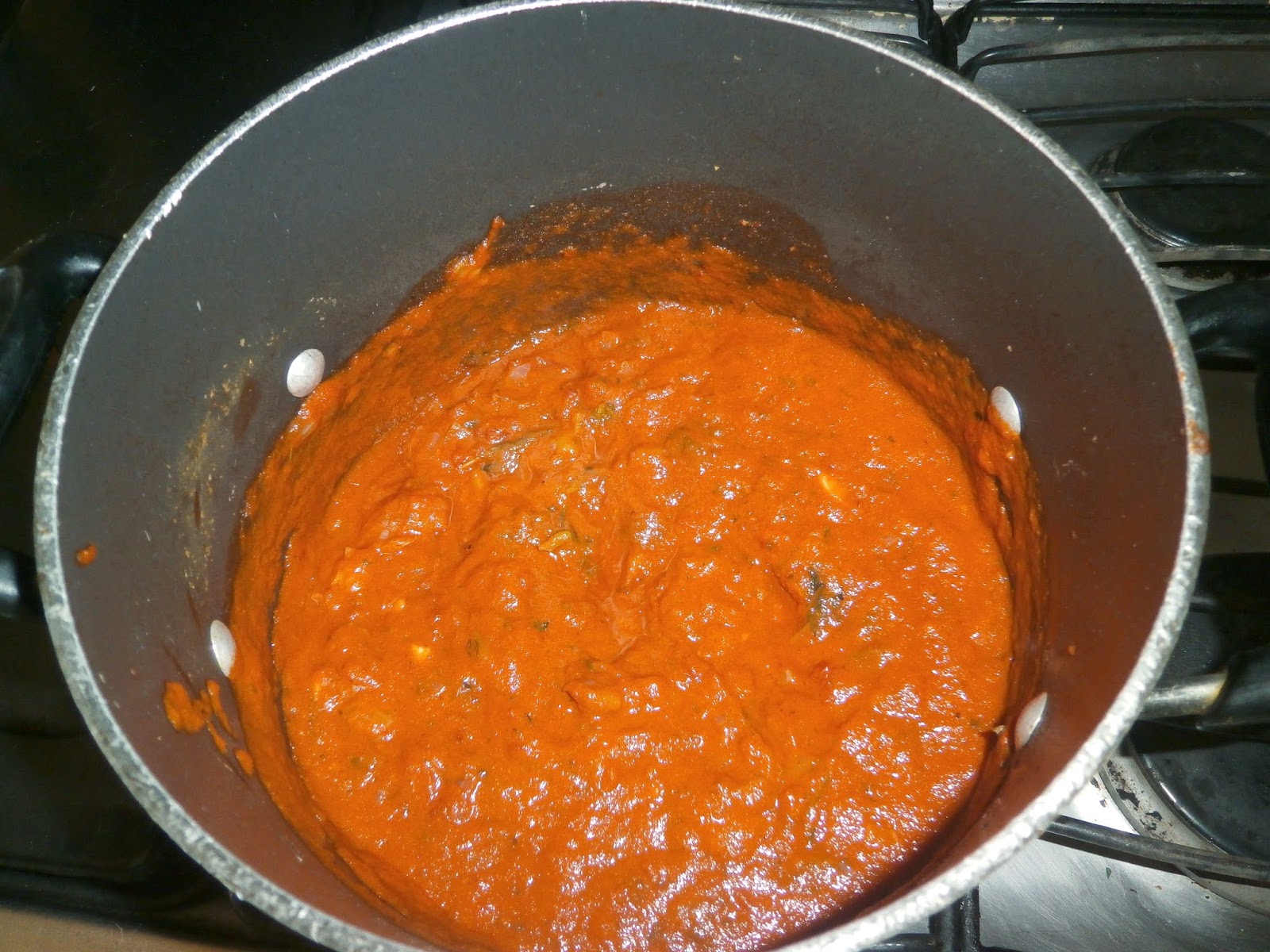 Following that Chivirico rolls out the dough (and just noticed Danilo raiding the fridge in the background). 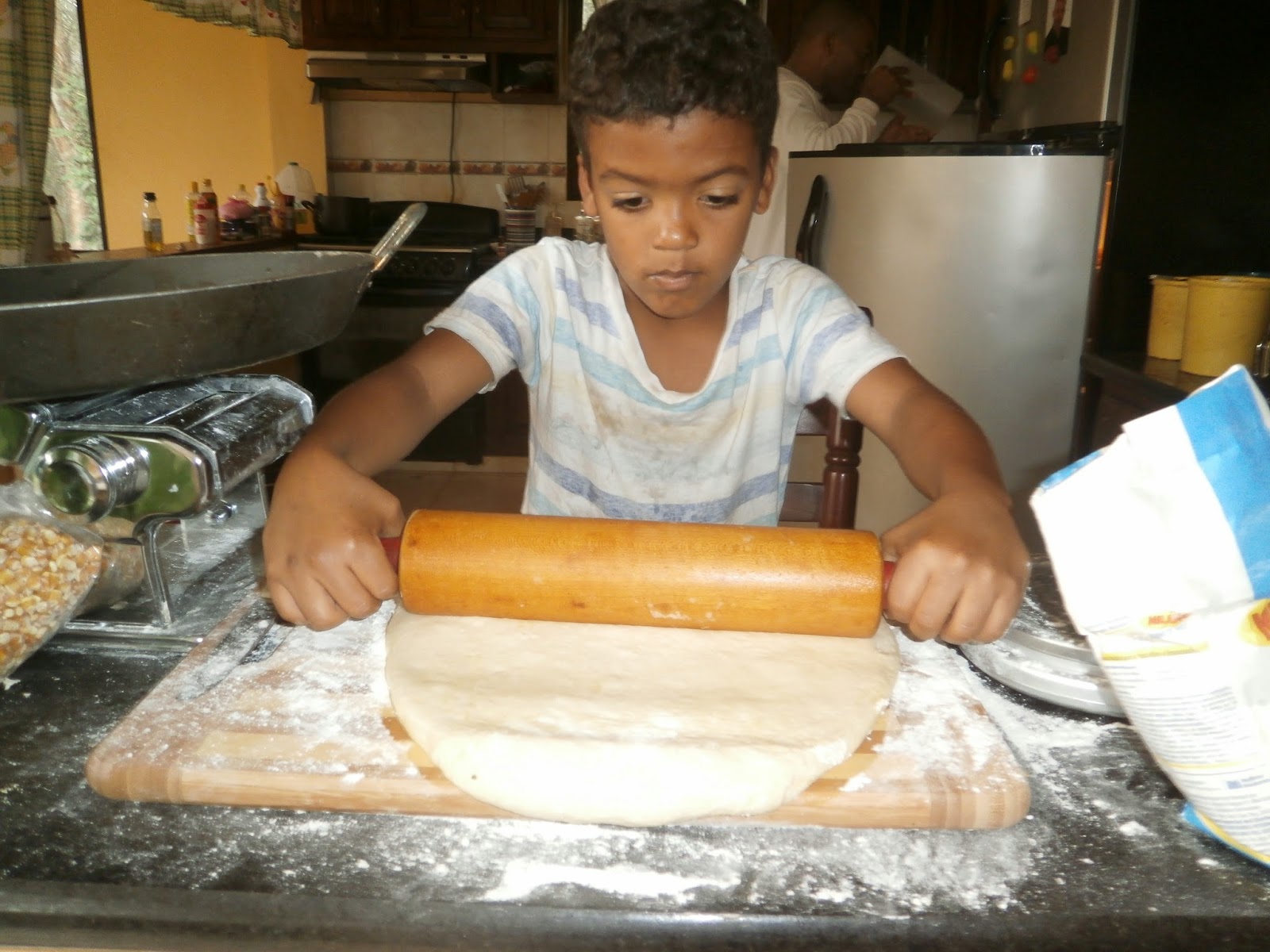 Finally to put the toppings on and each person has their own selection with no peppers or onions for Chivirico. 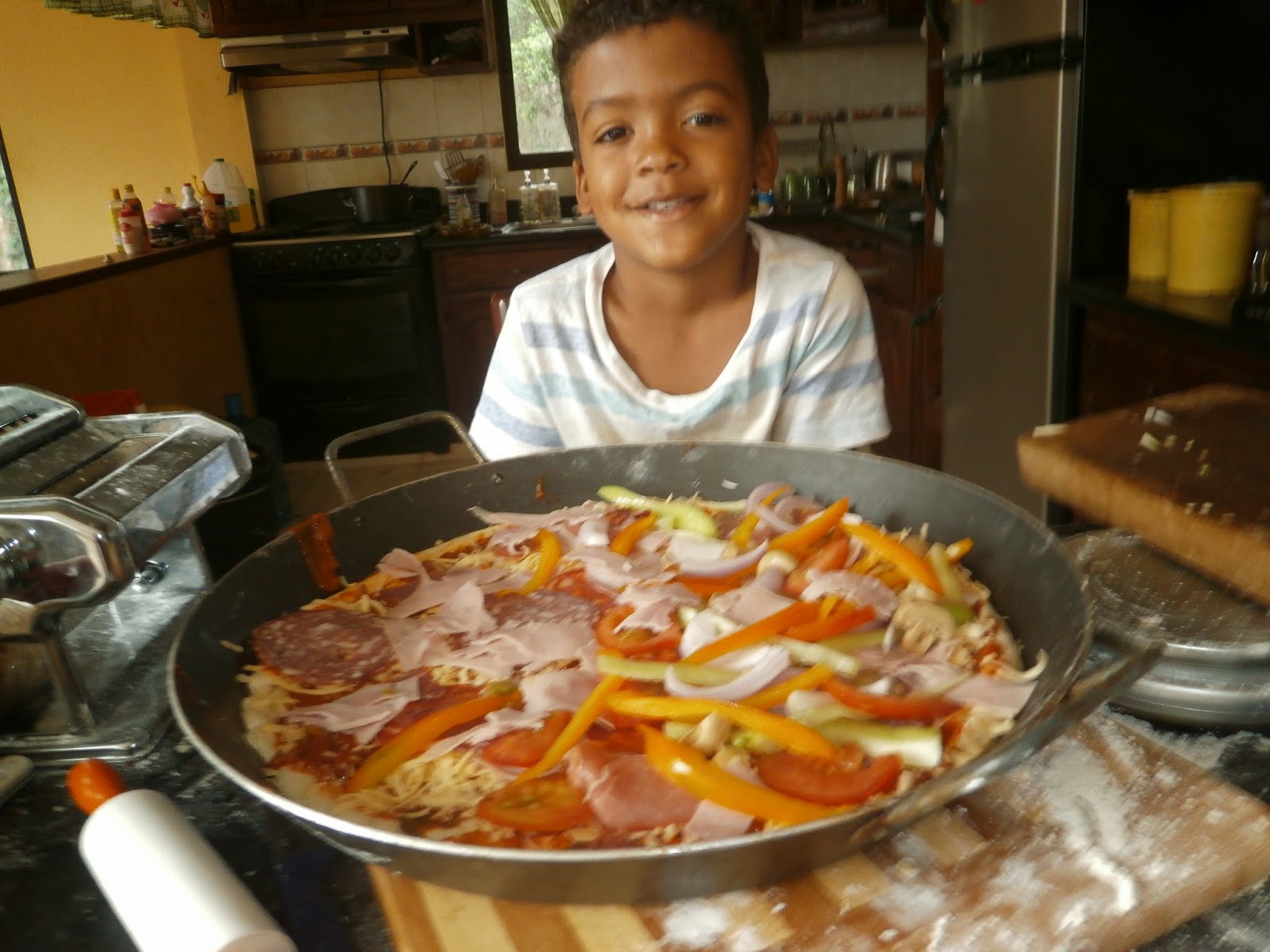 The finished article and it was delicious. 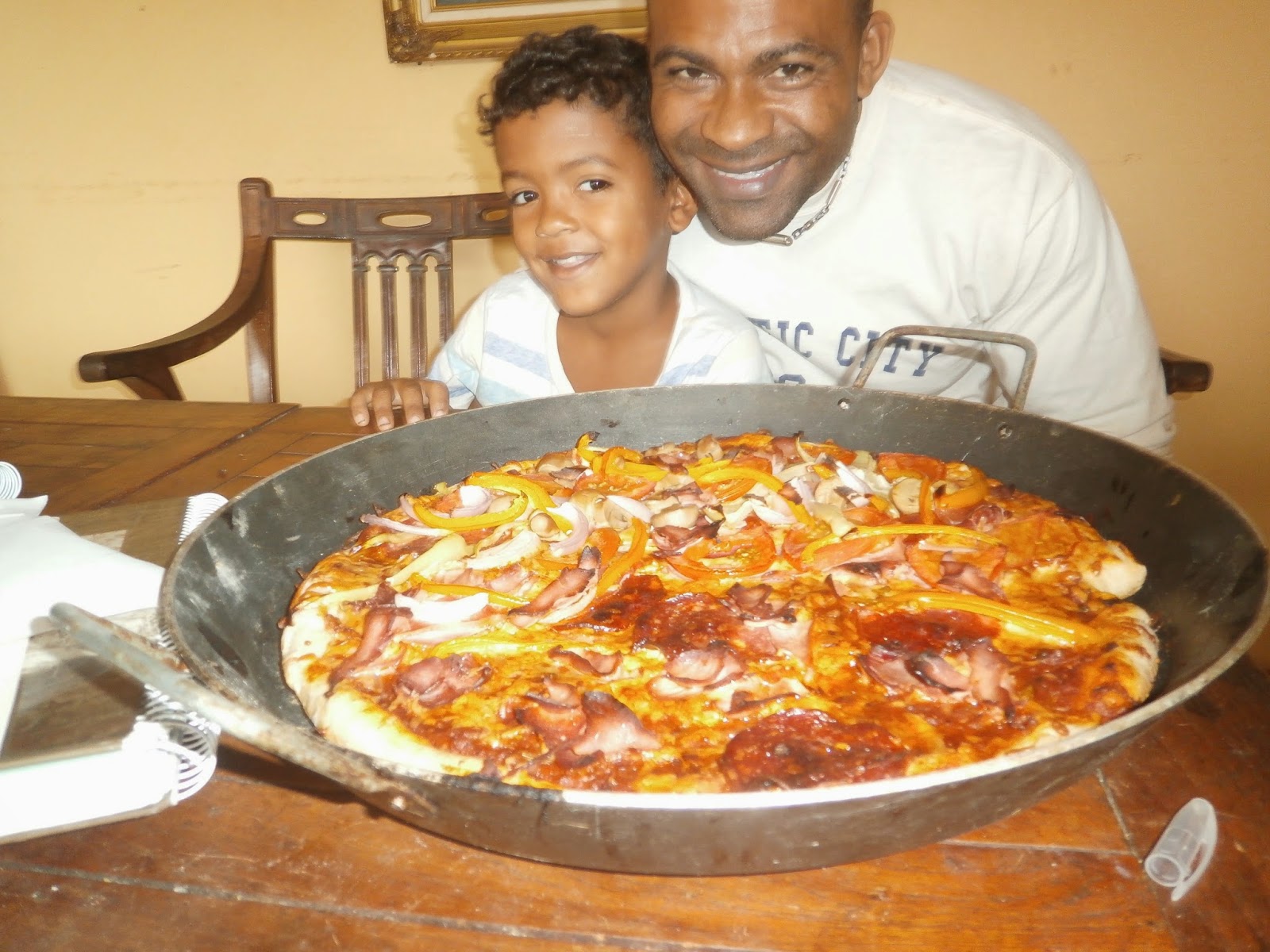 Email ThisBlogThis!Share to TwitterShare to FacebookShare to Pinterest
Labels: campo life, Cats and dogs and other animals, chivirico, Food