Yet another animal story.

A couple of weeks ago, Danilo comes into the house holding some weird thing in his hand and explains to me that it is a snake skin. Where there is a snake skin - there is a snake, so off he goes on a snake hunt. Or a neesk hunt as snake is neesk in Danilo English. He is naturally wearing special neesk hunting gear - pyjama bottoms and tennis shoes. 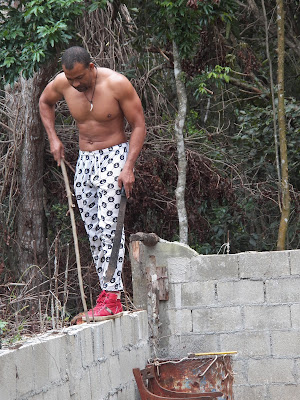 The snake skin was found next to the wall, which in true Dominican fashion, although it has been built has not be plastered nor finished on the top. And the snake was living in the wall as you can see when I was looking down from the top of the wall. 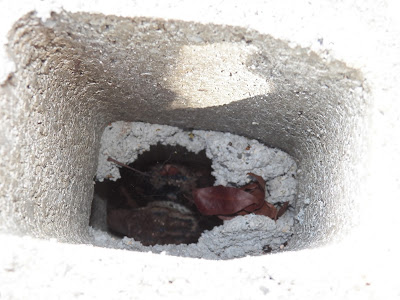 So Danilo's plan is to get the snake out of the wall and keep it in a snake house. These are Boa Constrictors who live in the woods next to the house and they kill the chickens. But we don't want to have to kill them, so it made sense to just keep it in captivity.

Next stage is to get it out of the wall, so armed with essential snake hunting tools consisting of an  oven glove and barbecue tongs the work begun. 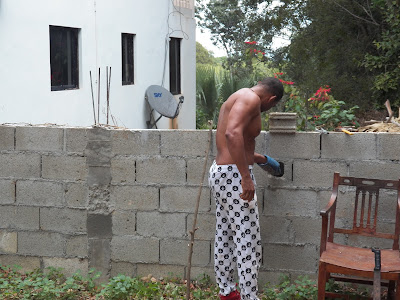 The neesk did not appear to want to come out so a bigger hole had to be made. 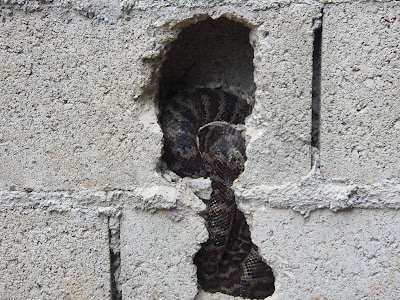 He looked all warm and snuggly in there but eventually the barbecue tongs were put to use. 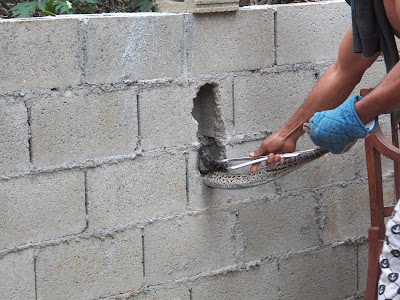 By this stage Danilo also had a T-shirt wrapped around his mouth and nose as (and I never knew  this) snakes estink to high heaven. 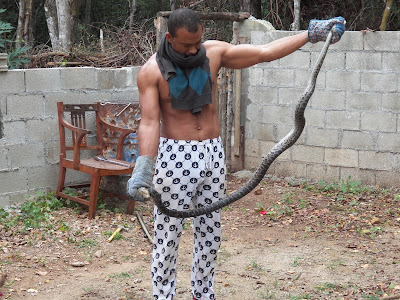 And there is snake. around six foot long Boa. He/she was then placed in a large metal drum with wood and blocks on the top so that it couldn't escape. 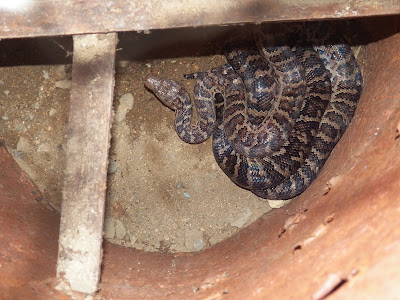 Two hours later snake had gone. Houdini snake. Now here we are a couple of weeks later and another snake is living in the wall. Apparently not the same one. This time it is staying there undisturbed!
Posted by Lindsay at 3:48 PM