The visa applications took for ever. One each for Chivirico and Danilo. You apply online, pay US$200 each and set up an appointment at a visa centre in Santo Domingo. No longer are they issued at the British Embassy, which is a shame as I have friends there. Once the online application is done you have to get all of the paperwork together - birth and marriage certs, proof that Chiv is at school and Danilo graduated from university, house title deeds, utility bills, sponsor's invitation letter, 6 months of bank statements, proof of income, proof you will return to the DR etc etc. I was printing for days. Everything in Spanish has to be translated into English by a legal translator so my friend Olga did that for me and I printed them all out.

The day before we set off for the capital on the bus - Caribe tours.


We decided to stay at a hostel in the Colonial Zone, owned and run by fellow Brit, Chris. We had chatted a bit over the last few years. I wasn't really sure what to expect - thinking it would be long dormitories and somewhat basic but when I checked out the web page for Island Life Backpackers Hostel I was surprised that there were double and triple rooms as well as rooms of all different sizes and some had private ensuite bathrooms.

The hostel was charming. Formerly a 400 year old colonial home it has been beautifully restored and still has lots of original features.


The room we had, had a double and single bed, great quiet aircon and a lovely bathroom with a powerful shower and piping hot water.

But what makes Island Life so special is the atmosphere. Not a stuffy impersonal hotel but a casual, comfortable and very friendly place. When you walk in, you go straight into the bar which is just like a traditional English pub. 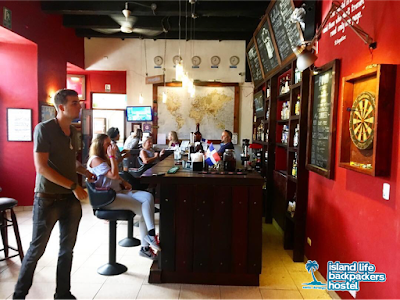 Chivirico took no time at all to make himself comfortable with a coca cola before beating Danilo at pool. 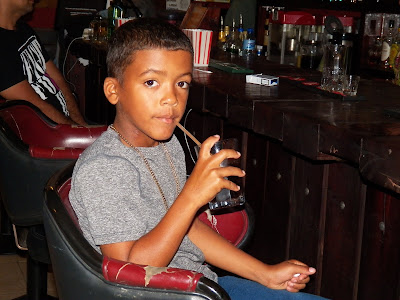 In addition to the facilities, Island Life has its own resident Great Dane, Schumacher, who is very well behaved as well as being enormous. Chivirico took charge of the camera to take snaps of him - this is the only one which isn't of his bottom - the dog's bottom not Chiv's. 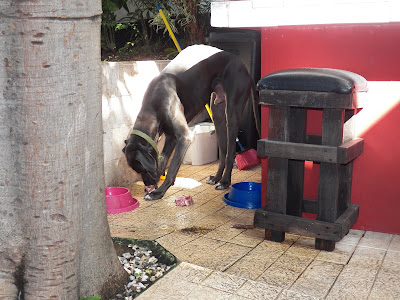 It was great to finally meet Chris and we chatted late into the night. 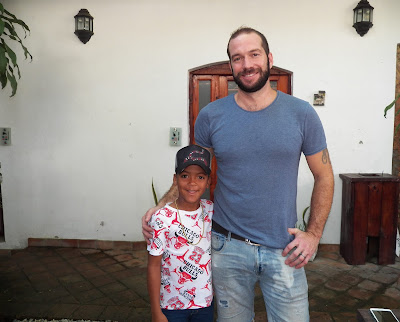 So there you have it. Island Life is certainly a great choice for somewhere to stay in the capital. So many interesting people from all over the world to talk to, friendly and helpful staff, fast wifi and everything you need for a comfortable stay. 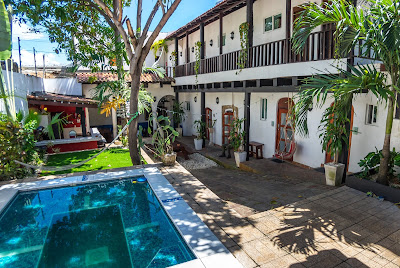 Before continuing with the visa story, we had a couple of hours to kill the next morning and given that Chivirico had never been to the Colonial Zone, armed with my camera around his neck off we set to explore. I will just post a few of the pictures he took, as there were loads! 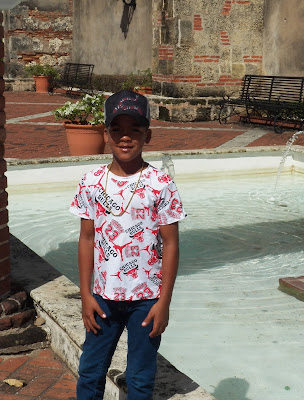 Tour over, it was back to the hotel to meet up with Olga who brought her stamp and stamped and signed the myriad of translations. 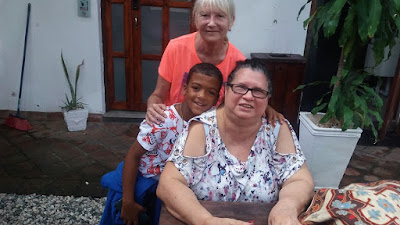 Then off to have some lunch and taxi to the visa centre which is in a residential area of the city. We arrived early, said goodbye to Olga and sat down in a freezing room with very squeaky chairs to wait. No photos as they are not allowed. We were early and eventually went in and handed all of the papers over to be scanned to somewhere. A note on the wall said the decision would be made at the British Embassy in Colombia and if granted the visa would be issued in Jamaica. Danilo and Chivirico had their photos and fingerprints taken and surprisingly no questions were asked. So much for all the rehearsals.

Now we have to wait, not sure for how long but the website says 85% of decisions made within 15 days. There is no way of tracking the applications, but we have the Fedex receipt so once the passport starts going somewhere we can track that. At the moment it is not moving!

Then back to Santiago on the bus, this time Transporte Espinal as the last Caribe tours one had gone. We then had to get another bus to Esperanza when Danilo's sons met us and brought us home. Unfortunately we were minus the camera as I had left it on the bus, or, as the Dominicans would say, which I prefer, the camera left itself on the bus.

Quick phone call to Transporte Espinal and the camera had returned itself to Santo Domingo, so once again my "go to person in Santo Domingo" Olga, picked it up and put it back on Caribe Tours to Mao where Danilo picked it up! What luck! Now the waiting continues.
Posted by Lindsay at 12:37 PM

Email ThisBlogThis!Share to TwitterShare to FacebookShare to Pinterest
Labels: Cats and dogs and other animals, chivirico, Family life, Useful information