Bubble and Squeak on a hot tin roof

I like cats and have quite a few, including two called Bubble and Squeak or Bubly y Kwees as my husband calls them, together with their sister, Rabo Blanco which means white tail (ran out of names and she has a tiny bit of white at the end of her tail). 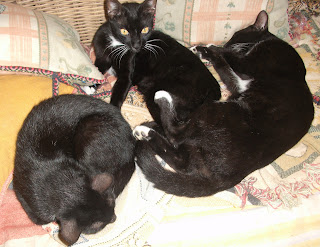 For the non British readers, bubble and squeak is a famous English dish which is made of left over potatoes and vegetables which are mashed together and then fried until crispy on the outside. 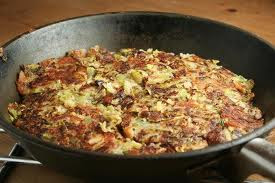 It is usually eaten with cold meat and is traditionally eaten on Boxing Day with the left over turkey. I introduced it to my Dominican family and they love it and it has become one of our staples with a fried egg on top - makes a change from plantains and rice! 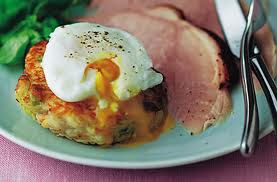 Anyway I digress. So we have these male cats called Bubble and Squeak and they have not been neutered. I know I should get them fixed but the vet here is not very good and I am not convinced he will do the job properly, or that they will come out of it alive. He has a nasty habit of taking animals in for operations then telling you they have died, whereas he has actually sold them.  Hence Bubble and Squeak still they have all that they were born with so as to speak.


Lala my neighbour stopped me this morning and said that they dance on her zinc roof every night. They go  and meet her female cat on the roof in the middle of the night and apparently the three of them dance. At least that's what she said they do.  I laughed and said "cats on a hot tin roof" and she looked at me as if I had lost the plot so I assume that doesn't translate well into Spanish - los gatos encima d'un techo de zinc caliente? She said they keep her awake with all the noise they make. So I have no idea what to do about it as cats with their equipment intact do tend to go out and play at night - maybe that is where the saying "A night on the tiles comes from," although here it is a "night on the zinc". Any ideas?

Email ThisBlogThis!Share to TwitterShare to FacebookShare to Pinterest
Labels: Cats and dogs and other animals, Food